Collings in Control for ROY

Young Okie has a big lead among rookies 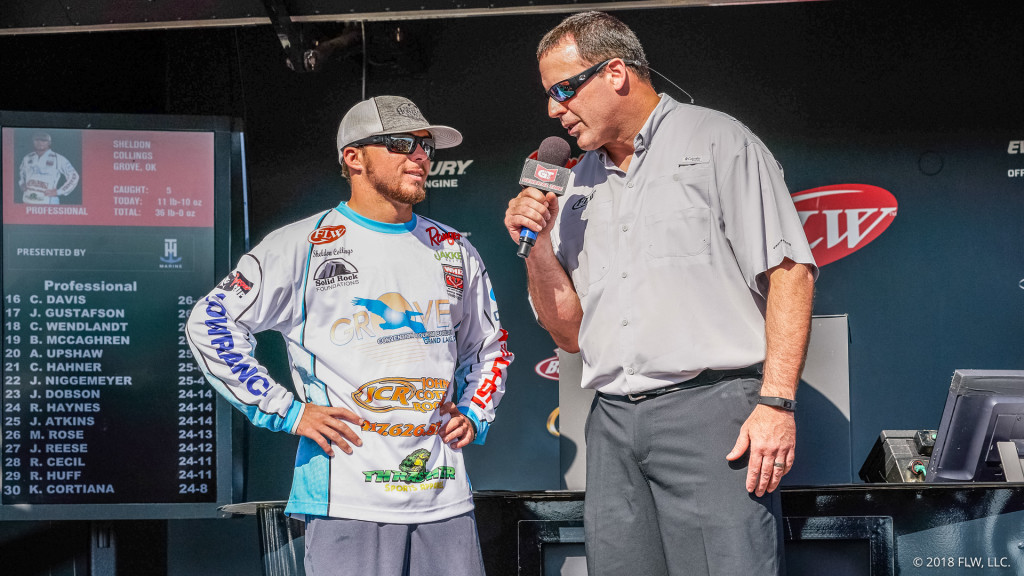 Through the first six FLW Tour events of the season, Sheldon Collings has put together a very solid rookie campaign. Sitting at 22nd in the points, he’s earned checks in his last two events, made the top 30 at Smith Lake and hasn’t finished below 73rd on the season. As rookie seasons go, it’s unquestionably been a good one – perhaps not as electric as some in recent memory, but top-notch nonetheless.

As you might expect, Collings has no tournament experience to speak of on St. Clair, the final stop of the season, but he’s not going to need to do too much to come away with the title. He’s 73 points ahead of Pennsylvania’s Matt Becker, so even a showing equal to Collings’ worst of the season would get the job done no matter what. Assuming he finishes the season strong, he should be able to take home the hardware.

If Collings does slip up badly, you can expect Matt Becker to be there. Raised up fishing on Lake Erie, Becker has plenty of big-water experience and earned the W in the Costa FLW Series Northern Division event last fall at the 1000 Islands, where he beat out established smallmouth sticks such as Scott Dobson, Larry Mazur and the Johnston brothers. He’ll be one to watch on St. Clair.

In third, 77 points behind Collings, is Tyler Stewart, who’ll be making his first trip north as well. You can expect St. Clair to be a tough challenge for him, but he’s overcome some pretty long odds already this year. Stewart made the top 30 in the first event of the season on Okeechobee, which also happened to be his first pro event out of college. One additional factor holding Stewart back from a big charge might be his position in the points: At 42nd in the standings there’s some incentive to play it safe to make the Forrest Wood Cup.

Trailing Stewart are Joe Thompson, Cody Hahner, Wes Logan and Todd Castledine, who form an eclectic group of rookies that are probably too far in the rearview for ROY, but close enough to the cut for the Cup that a good finale could have them fishing Lake Ouachita in August. Winning Rookie of the Year tends to be a great indicator of future fishing success, but making the Cup is the mark of a successful season no matter what.