A Strong Finish for Scott Dobson

Back in the Tour groove, the Michigan angler is having his best season ever 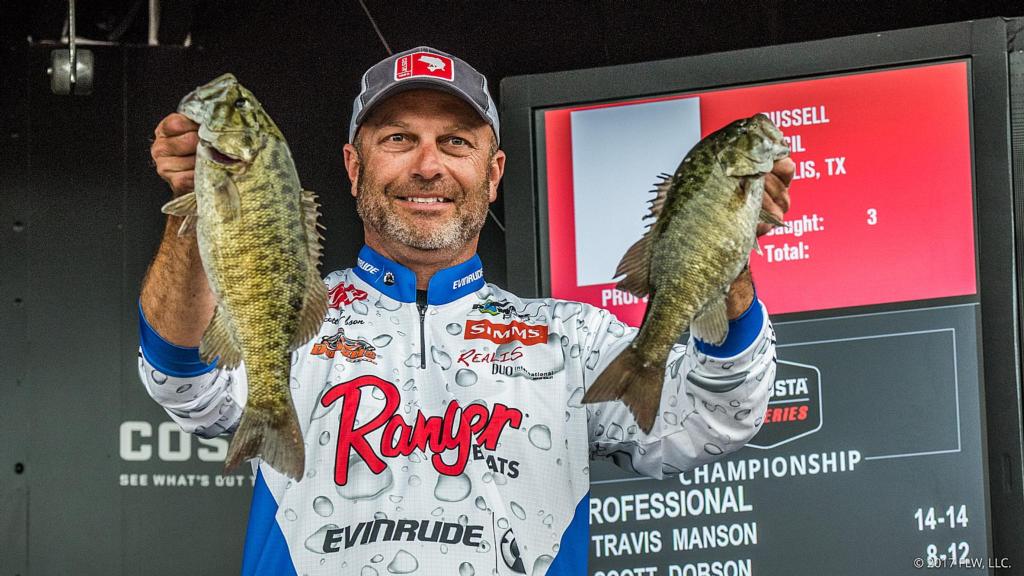 Six down and one to go.

When the end of an FLW Tour season comes into view with only a single tournament left, a lot of pros get nervous. Mental pressure builds as they realize that this is it: their last chance either to bump up a few places and qualify for the Forrest Wood Cup or else hold on to their placement in the top 40.

This year, Scott Dobson isn’t one of them. Not that he isn’t concerned about doing well in the final event of 2018 on Lake St. Clair at Detroit June 28-July 1, but he’s definitely not biting his fingernails over it either. He’s 30th in the standings, and the odds are better than even that his position will only improve, as the lake is Dobson’s home waters. Indeed, his tournament track record there ranks him as a favorite in the Tour finale. Of Dobson’s seven FLW wins, four have come on St. Clair and two others on the Detroit River, which runs out of St. Clair’s southwest corner. Likewise, he’s scored numerous T-H Marine FLW Bass Fishing League and Costa FLW Series top 10s on either fishery.

Lake St. Clair could provide a fitting conclusion to the Michigan native’s comeback campaign. Going into the 2018 season, Dobson hadn’t fished a Tour event since 2009, when he finished 91st in the annual rankings. Eight years’ layoff seems to have improved his game, however, as Dobson has made four checks this year ­– the latest coming at Kentucky Lake where he placed a season-best 24th. There’s no explanation for the big turnaround in Dobson’s career, other than that his personal life has evened out, and he’s a better fisherman now.

“I had a lot going on when I fished the Tour before,” he says of the hiatus. “I was working full time, and we had a baby boy. I couldn’t give 100 percent to my fishing because there were other things on my mind. Basically, I took time off to get things stabilized at work and be a dad. I’m glad I got to watch my boy play baseball and teach him about fishing. So a while back I asked him [Scott Jr.] if I should go back to the Tour, and his answer was, ‘Heck, yes.’ And that’s what I did.” 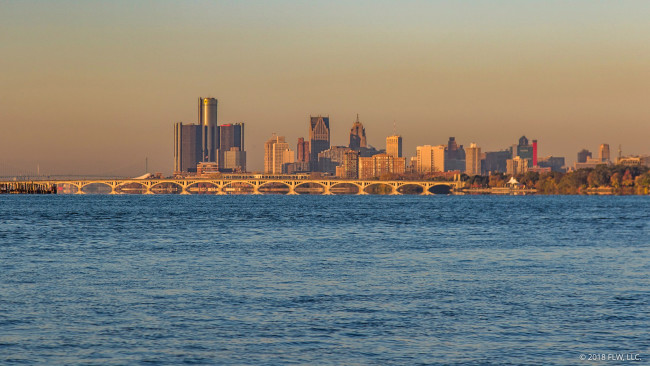 Coincidence or not, his return to the Tour was well-timed, as Dobson gets to finish on one of his favorite fisheries. It suits his style. He describes himself as a power fisherman who likes to fish shallow and cast to visible targets both above and below the water.

Big smallmouth bass are the main course at St. Clair, and Dobson thinks they’ll be cooperative when the Tour comes to town. In early June before the cutoff, Dobson spent time checking St. Clair and adjacent waters. His prognosis: Several patterns could be in play, and lots of stringers totaling 20 pounds and more will cross the weigh-in stage.

“I figure it will take maybe 85 pounds to win,” he says. “The lake is in great shape. I went fishing June 5, and my best five were 23 or 24 pounds. You’re going to have fish in prespawn, spawn and postspawn by the time of the tournament. Especially on St. Clair, I anticipate another wave of fish to come up and spawn either during the event or just before it, and tailing off by the end of June.” 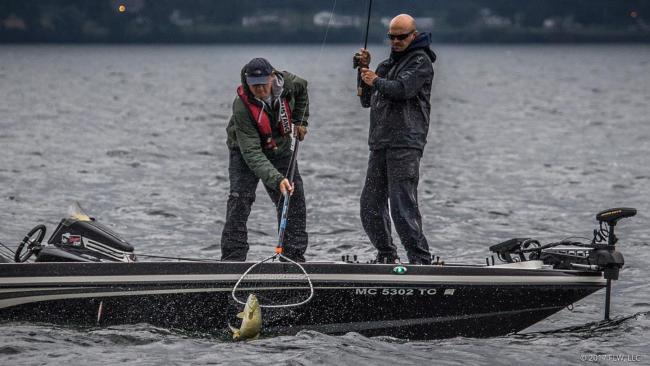 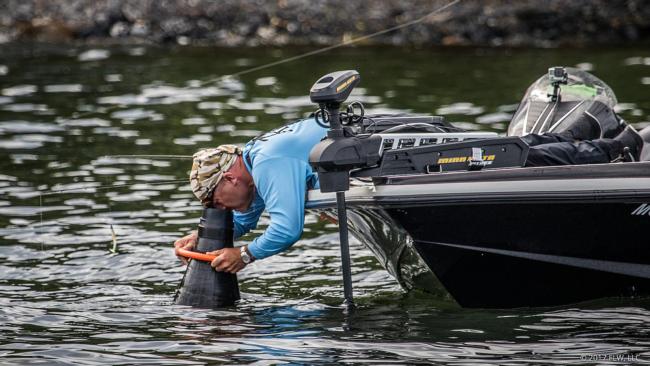 Southern lakes have their shad spawns; Northern waterways have their mayfly hatches. There’s nothing smallmouths like better than to slurp up mouthfuls of hatching flies, and Dobson notes that pattern could be in play when the Tour hits town. Like shad spawns, however, mayfly hatches are somewhat unpredictable and triggered by a combination of ideal water temperature, depth, current and light penetration.

It’s a dynamic pattern when it’s on, but it’s so unpredictable,” Dobson says of the mayfly hatch. “It’s more of a timing deal. Hot days and muggy nights have something to do with it. Whatever it is, you can load up on fish fast with baits that don’t look anything like mayflies – flukes, tubes, poppers, grubs, spinnerbaits, swimbaits. The mayflies trigger the bite, but then the smallmouths get in feeding mode, and they’ll go after just about anything moving around them.”

When Dobson checked the water temperature in the northern reaches of the lake in early June, he found that it was a chilly 58 degrees. Unless there is some sort of weather catastrophe between now and when the Tour event begins, the water will warm up considerably and extend the spawn in the St. Clair River delta. Sight-fishermen should benefit.

Otherwise, Dobson thinks that bass will be in postspawn mode in Lake Erie, and that several anglers will run south to fish there. He expects that four or five of the anglers who reach the top 10 will be targeting Lake Erie smallies.

“Wind direction is also a key factor on St. Clair,” notes Dobson. “When it comes out of the north or northwest, the current tends to pick up. When the wind is out of the south, it slows down the current. Of course, depending on where you are, the fishing is better when the current is stronger. Also, the current can affect how the weeds lie and what you need to do to get a bait in there where they can see it.”

Being the dynamic fishery that it is, St. Clair will undergo several changes by tournament time. Meanwhile, Dobson has taken his mind off the Tour event to look after some family duties. Scott Jr., who’ll soon turn 13, will be fishing The Bass Federation of Michigan Junior State Championship on Pontiac Lake near downtown Detroit June 17. If he does well enough, the youngster will qualify for the TBF Junior World Championship on Lake Hamilton near Hot Springs, Ark., during Forrest Wood Cup week. His dad will serve as boat driver and coach for him and another youngster in the Michigan TBF tournament.

Thus, two Dobsons could wind up fishing the lakes around Hot Springs in mid-August. As intriguing as the thought is, Scott Sr. isn’t looking that far ahead.

For now, he’s content spending another day of fishing with his son.