What to throw for postspawn smallies in the Great Lakes region 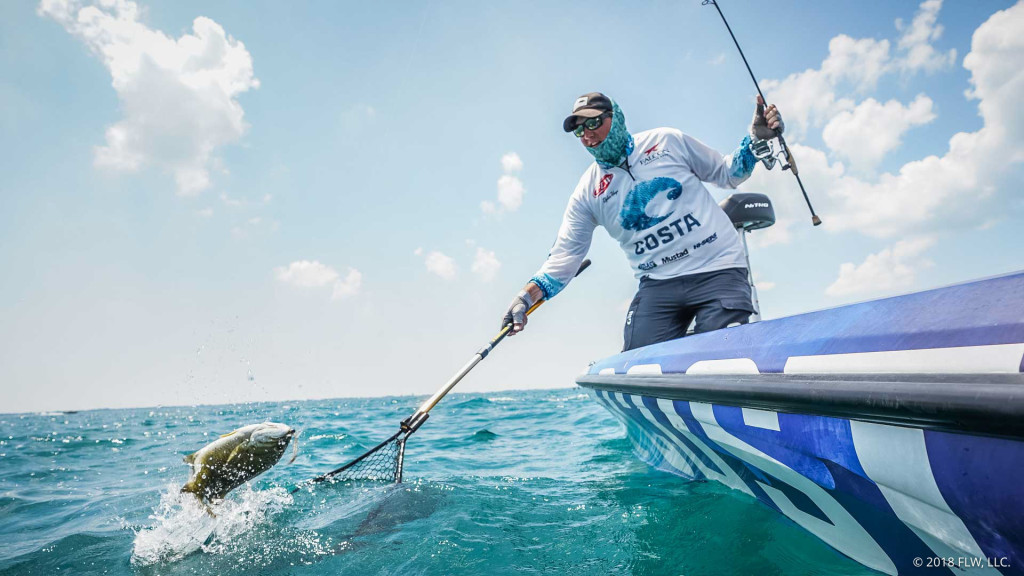 Guess what? That’s exactly what worked at the FLW Tour event presented by Mercury on Lake St. Clair, with the drop-shot being the hands-down main technique for the majority of the top 10, and the field. 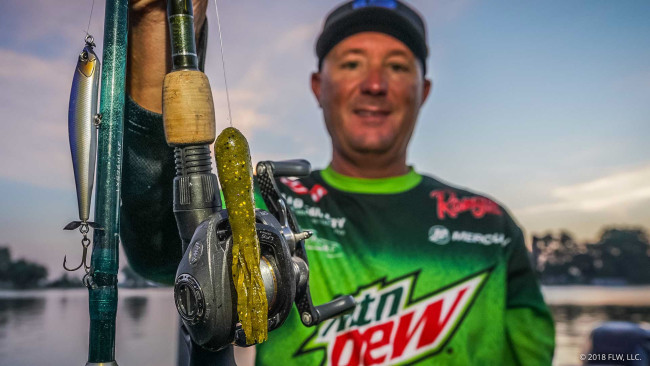 1. Chad Grigsby adapted to the conditions each day. On day one he caught his biggest fish on a Duo Realis Spinbait 80, but on day two he had to switch to a 1/4-ounce marabou jig. He also mixed in a Venom tube. 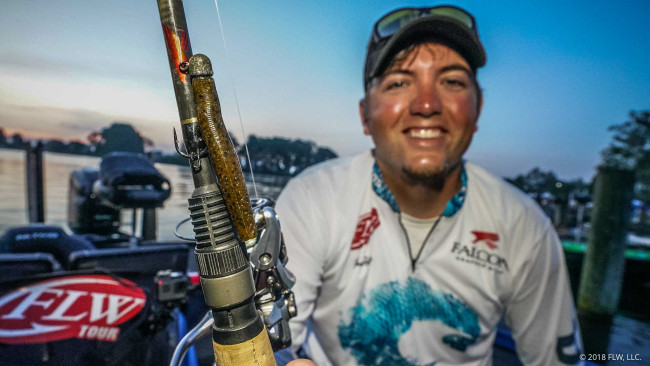 2. Dylan Hays and Brad Knight shared water all week, with Hays catching most of his fish with a Z-Man Finesse TRD on a mushroom head from Mustad. 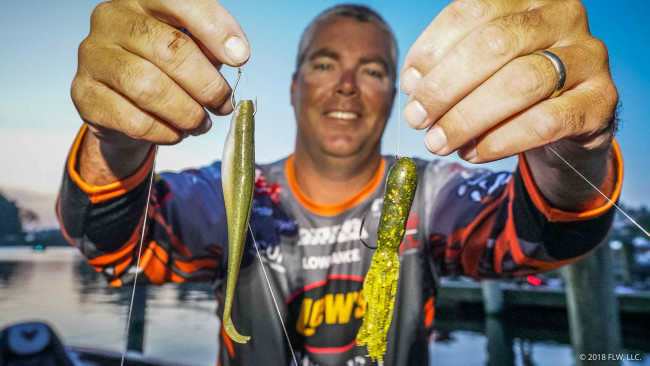 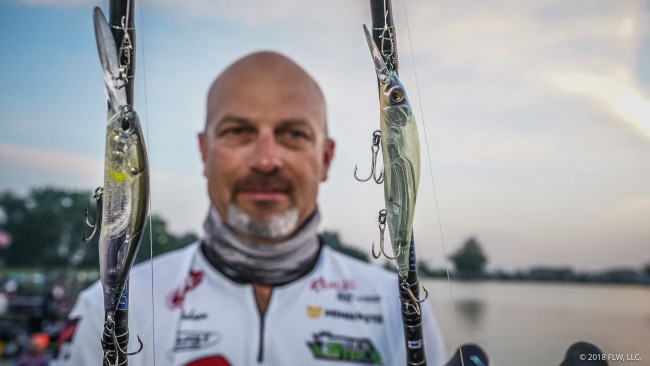 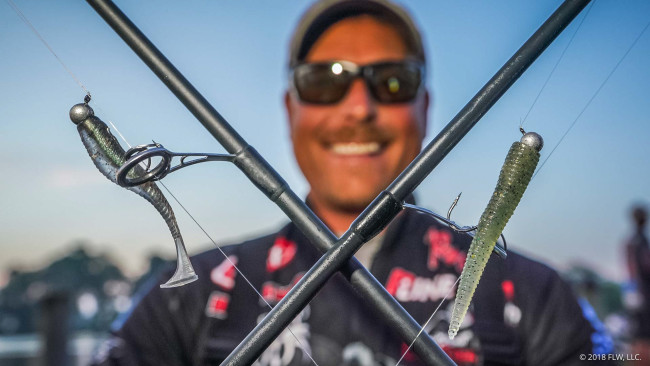 5. You can set your watch by Bryan Thrift running and gunning a lot with a Damiki Stinger, which is what he did at St. Clair. He also used a Damiki Armor Shad Paddle Tail Swimbait. 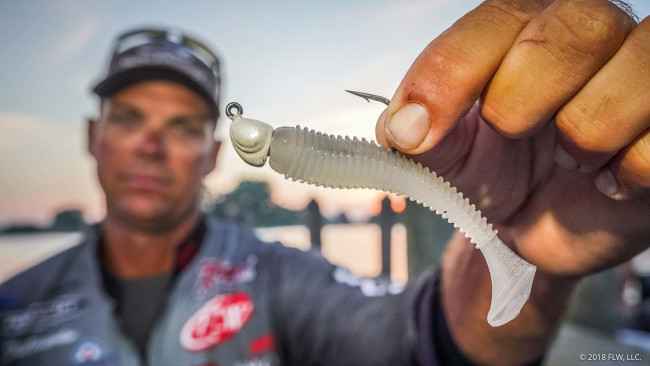 6. Todd Castledine went for quality over quantity by throwing a Strike King Rage Swimmer on a 3/8-ounce Strike King Squadron Head around the St. Clair Flats. 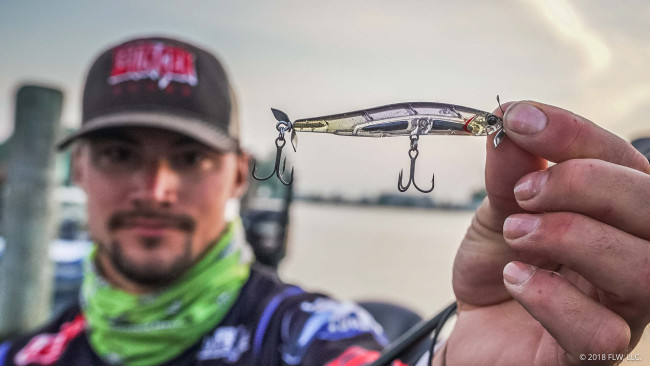 7. Cody Hahner punched his ticket to the Cup with a Big Bite Baits Jerk Minnow on a drop-shot and a Duo Realis Spinbait, which produced some of his bigger fish. 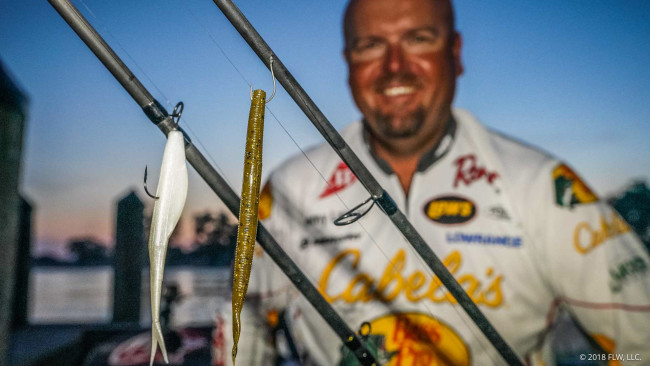 8. Jeremy Lawyer can thank a local gas station for helping with his finish. That’s where he bought his tubes for the event, including a finesse version and a “beefier” version. He also had two types of drop-shots: a “power” version on a baitcasting rod rigged with a Zoom Salty Super Fluke and a finesse version with a Zoom Fluke Stick, which he fished on spinning tackle. 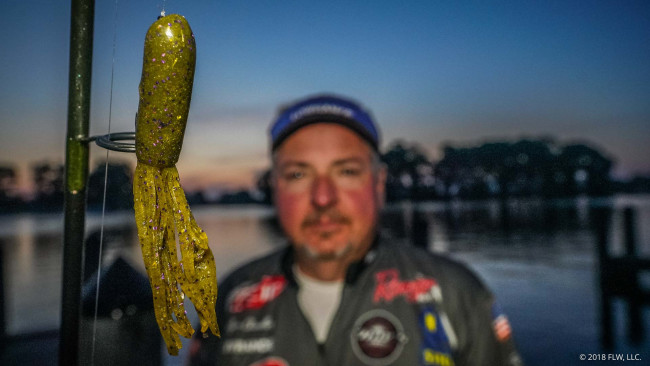 9. Ryan Chandler stuck it out in the Belle River Hump area, snapping a Poor Boy’s Tube in mango magic on a 1/4-ounce head to get reaction bites. 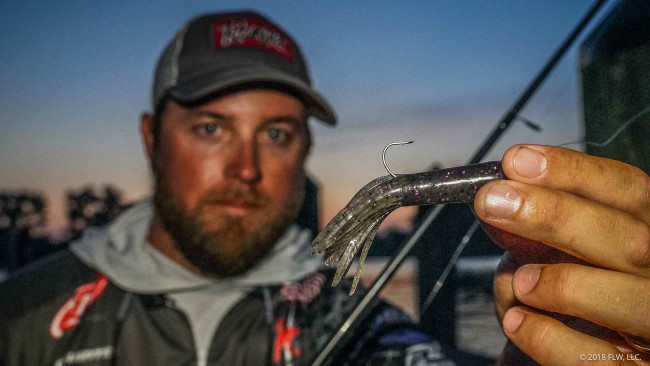 10. Joey Cifuentes and Cody Hahner shared not only the same area, but also the same baits. Cifuentes tossed a tube, a drop-shot with a Big Bite Baits Jerk Minnow and a Duo Realis Spinbait. He threw both on 6-pound-test Sunline Super FC Sniper Fluorocarbon line with an Abu Garcia Revo Premier spinning reel and new Denali Myriad Series rod.