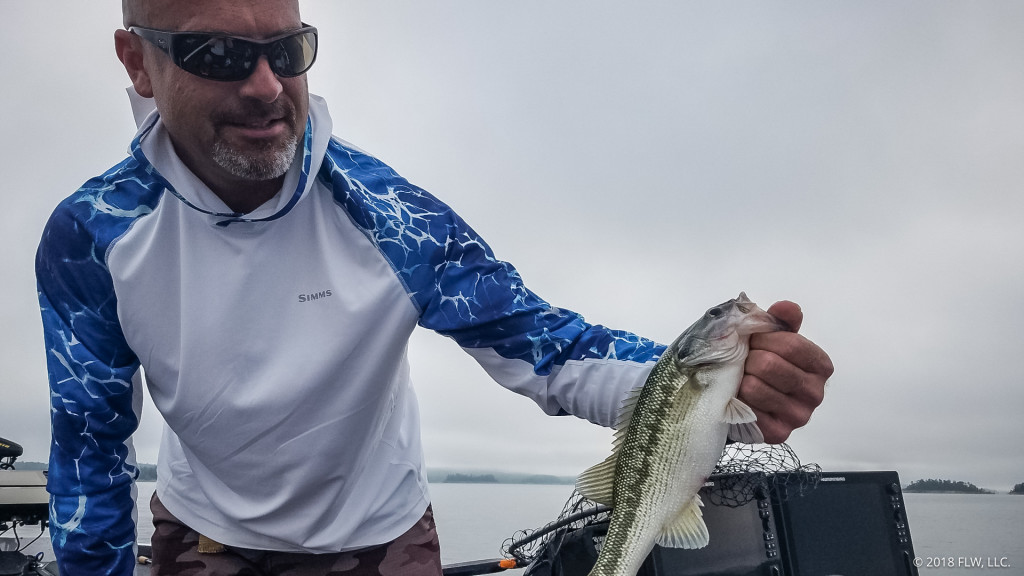 Less than a month ago, Forrest Wood Cup contender Scott Dobson wasn’t even thinking about fishing. He was just happy he was able to walk.

On July 13, the Michigan pro and first-time Cup qualifier (following a fourth-place finish at Lake St. Clair in June) was fishing with his girlfriend when he began to experience symptoms of what he would soon learn was a stroke.

“I was out fishing and came in at about 8:30 at night and had a burning sensation in my groin area,” Dobson recalls. “I put the boat on the trailer, and I got out to tie up and my legs were giving out. I thought maybe I pinched a nerve or something.

After a battery of tests, doctors determined Dobson had a spinal infarction as a result of a lesion on his spinal cord between his L5 and S1, where the spine meets the tailbone. In simpler terms, it was a spinal stroke — an uncommon type of stroke that usually has severe after-effects.

Walking is something Dobson did plenty of in the hospital to rebuild his stamina, estimating he took nearly 10,000 steps a day to keep active and stay in shape. He says he was only at about 70 percent when he left the hospital, but a full recovery is likely, if not an eventuality.

What Dobson is going to do right now is focus on the Forrest Wood Cup and his chances of winning what has turned out to be a tough tournament with difficult fishing conditions so far. He posted a four-fish bag of 6 pounds, 15 ounces on day one, which, despite the low total weight, keeps him in contention if he can put together a solid showing on day two.

Once the Cup is over, though, Dobson will weigh his chances of fishing competitively next season. He worries his balance could be an issue, as he’s found at times during Cup practice and competition.

“If I’m running on the trolling motor with my left foot I’m fine, but if I switch over to the trolling over with my right foot and I have a lot of weight on my left calf I get a little clumsy, but nothing that affected my ability to fish. I don’t know what’s going to happen if I get into some rough water.”

After what Dobson went through in July, the prospect of facing rough water at any point is something of a miracle. And despite the magnitude of participating in the biggest tournament in professional fishing, it wasn’t something that even crossed his mind when he was confined to a hospital just a few weeks ago.

Now, with Alabama pro Alex Davis leading after day one with just 13 pounds, 10 ounces, Dobson can be happy he’s walking to his boat on day two with a legitimate chance to make a big move and perhaps even make the cut in his first Cup appearance. The way things have gone so far, it might just take one big bite to shake up the whole leaderboard.

“It’s great to be here,” Dobson says. “Coming back and to have the opportunity to fish the Cup, a chance to win, I have a lot of ground to make up.”

After what he’s been through recently, no one should bet against Dobson to do just that. He’s done plenty of walking lately. All he has left now is a short walk across the weigh-in stage, possibly with a Forrest Wood Cup trophy in hand.