Everything you need to catch a bass in Florida in February 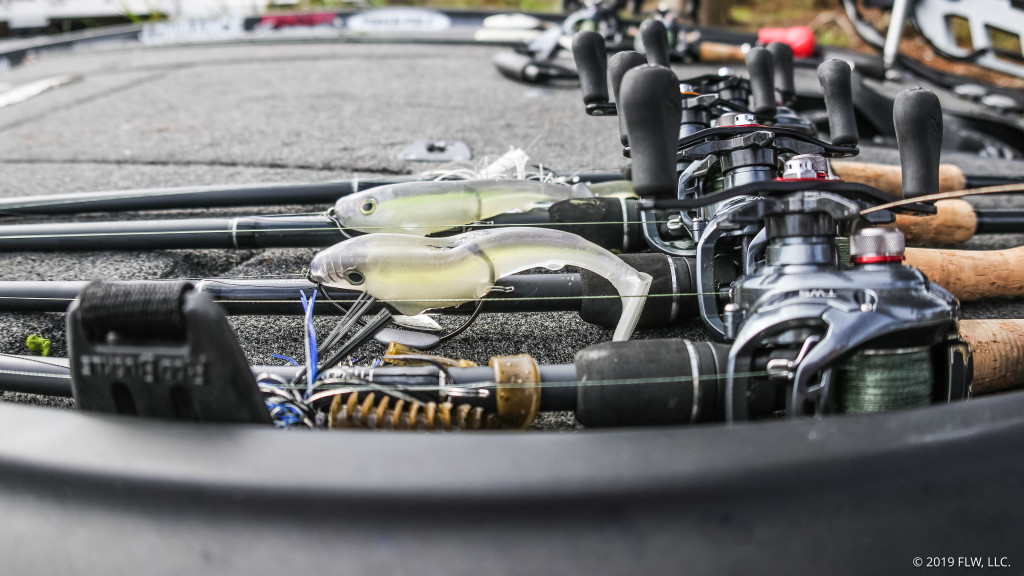 The second stop of the 2019 FLW Tour landed right on the spawn on Lake Toho and the other lakes on the Kissimmee Chain. Top finishers caught bass in all phases of the spawn. Collectively, they used just about every bait you’ll ever need if you want to catch a bass this time of year in the Sunshine State. 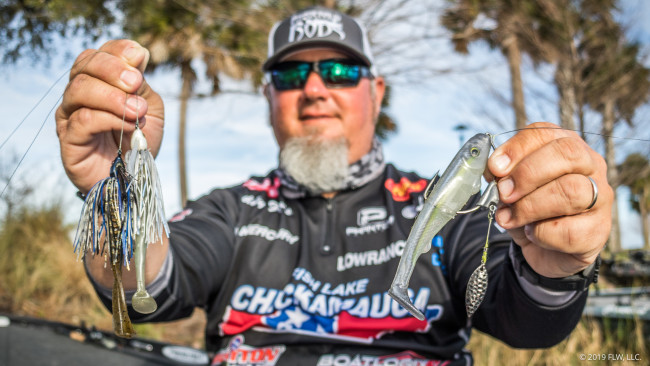 1. All but one of champion Buddy Gross’ keepers came on two baits: a 5-inch Scottsboro Tackle Co. Swimbait (natural shad) on an 8/0 Owner Beast Flashy Swimmer 3/8-ounce belly-weighted hook with a blade, and a homemade white 1/2-ounce swim jig with a 4-inch Scottsboro (natural shad) trailer. Gross fished with 50-pound-test braid on a Daiwa Tatula SV reel (7.3:1) and a pair of 7-foot, 3-inch Fitzgerald Rods All Purpose Series sticks – extra-heavy for the swimbait and heavy for the swim jig. 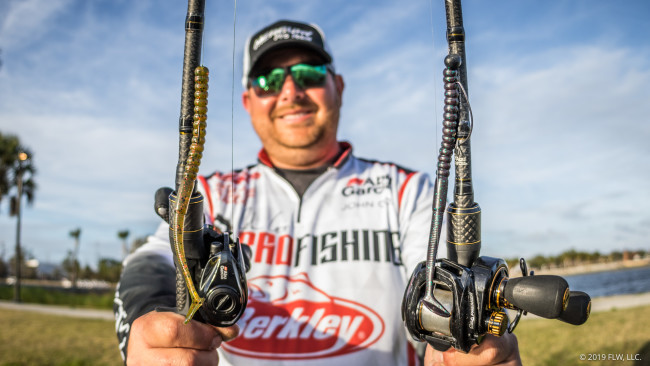 2. John Cox sight-fished with a Berkley PowerBait The General but caught most of his fish on a watermelon Berkley PowerBait Wind Up fished either weightless on a 5/0 Berkley Fusion19 EWG hook or on the same hook with a 1/16-ounce bullet sinker. On the final day he caught some deep fish on shell bars using the Wind Up on a Dirty Jigs Pivot Point Football Jig. 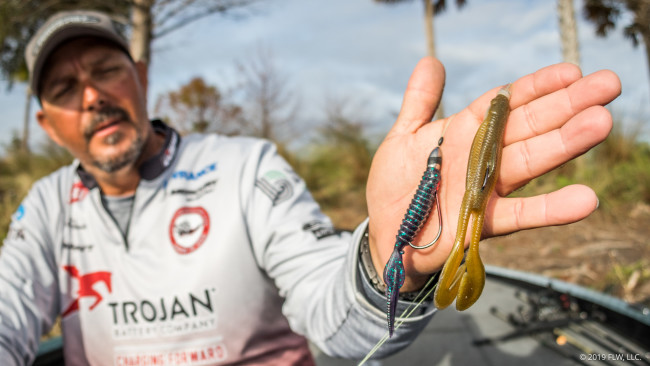 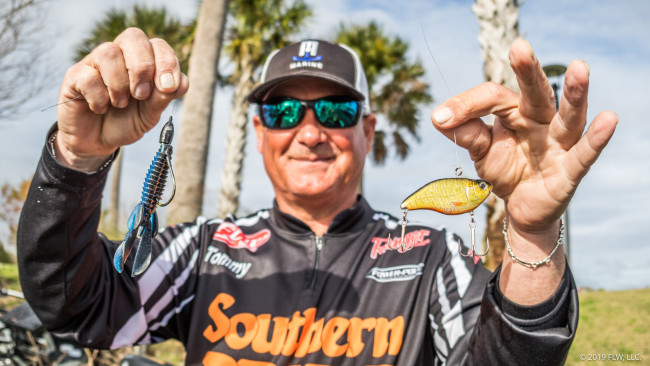 4. On days one and two, Tommy Dickerson flipped a Reaction Innovations Kinky Beaver (black and blue) with 80-pound-test braid and a 3/4-ounce weight around small pads up shallow. The rest of the tournament, he fished a Lake Toho shell bed that was surrounded by hydrilla with a SPRO Aruku Shad 75 in gold with black back. 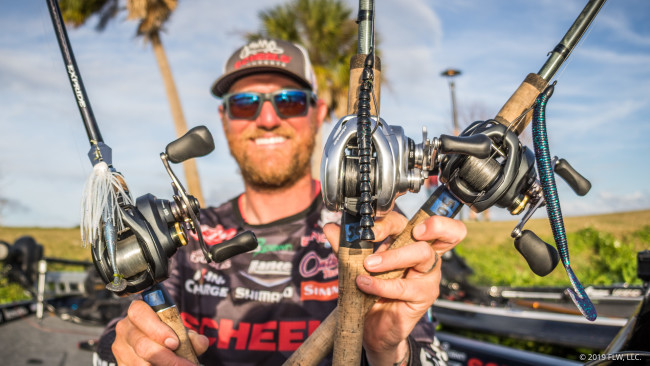 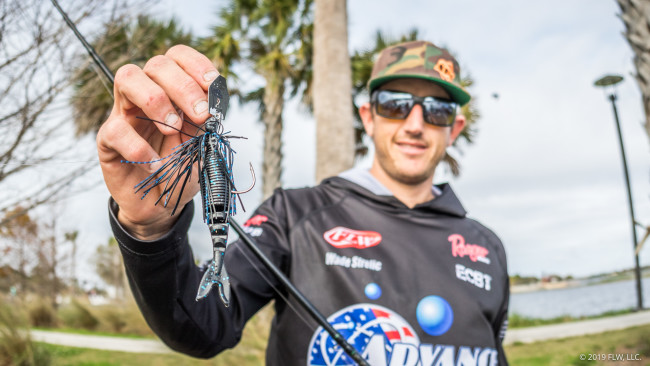 6. Wade Strelic either burned a 3/8-ounce black-and-blue Z-Man/Evergreen ChatterBait Jack Hammer with a Yamamoto Zako trailer or slowed way down with a junebug Zoom Magnum Ultravibe Speed Worm rigged on a 6/0 swimbait hook with a 3/16-ounce belly weight. 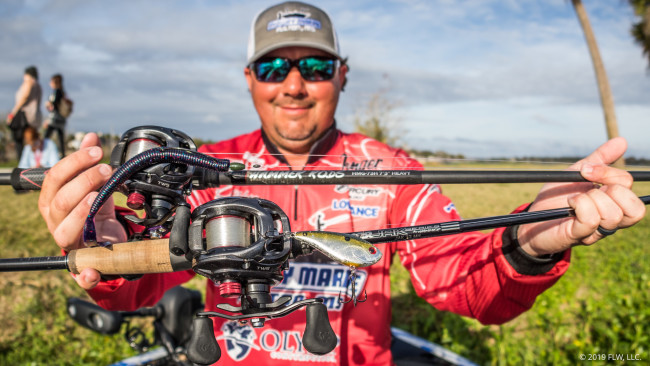 7. In Toho, Joseph Webster started most days by throwing a gold and black XCalibur One Knocker for schooling fish around the mouth of a boat lane. He then ran to Kissimmee and fished hydrilla, eelgrass and pads with a junebug Zoom Ultravibe Speed Worm with a 3/16-ounce weight and a 5/0 superline EWG hook. 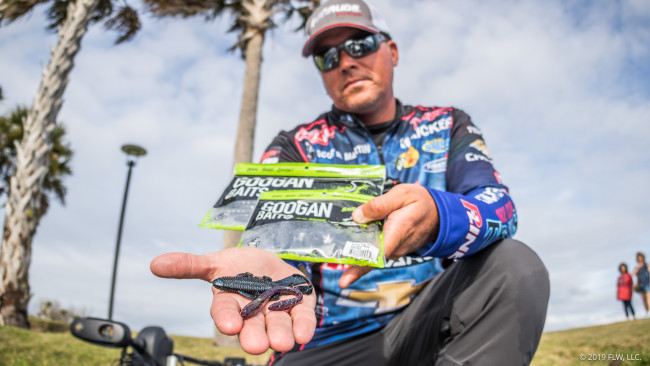 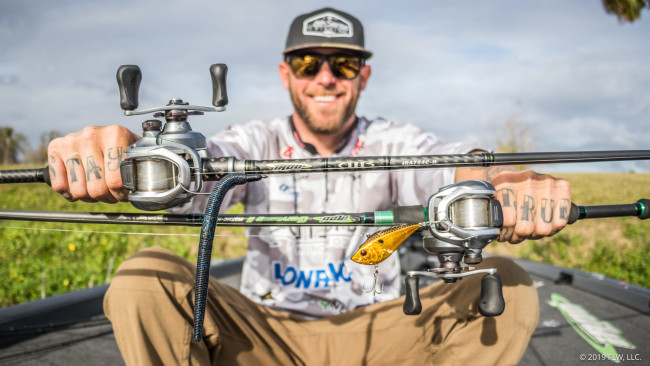 9. Aaron Britt fished a 6th Sense QUAKE THUD 70 (gold) on a grass flat in Toho for most of his fish. When he did slow down to fish the grass, he Texas-rigged either a 6-inch X Zone True Center Stick (black and blue) or a Zoom Magnum Trick Worm (junebug) with a 1/4-ounce Wicked Weights tungsten weight. 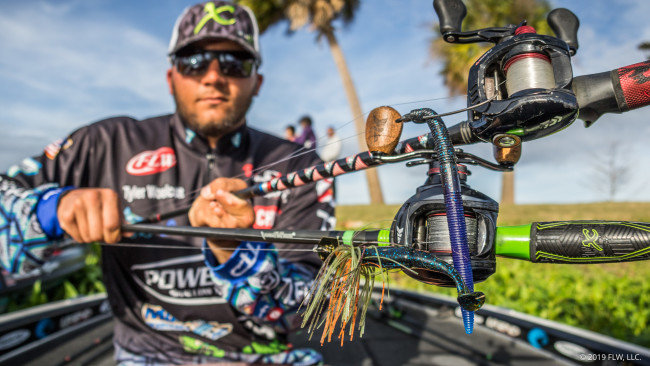