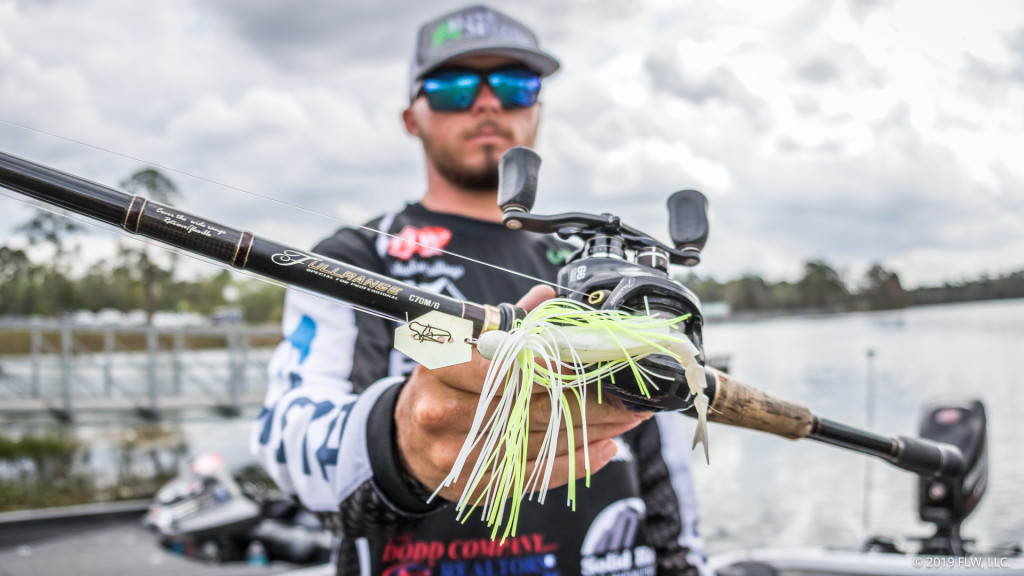 Stop No. 3 of the 2019 FLW Tour, which was presented by Costa, was quite the show on Lake Seminole. Big fish and big bags crossed the stage every day of the event, showing that quality, not quantity, ruled. If you’re looking for some big bites on a grass fishery like Seminole right now, these are the baits you should have on your deck. 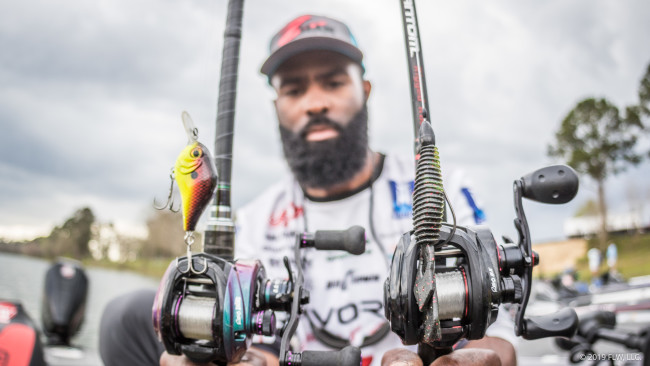 1. Brian “B. Lat” Latimer got on his way to his first Tour title by cranking a current seam in the Flint River one day one with a Bill Lewis MR-6. That bite faded, and he turned to a main-river flat in the Flint for the remainder of the tournament. There, he flipped grass clumps to target prespawn fish with a Z-Man Palmetto BugZ on a 1/2-ounce weight. To get ’em out of the grass, Latimer used a 7-2, medium-heavy Favorite Phantom rod and an Abu Garcia Revo STX (7.3:1 gear ratio). 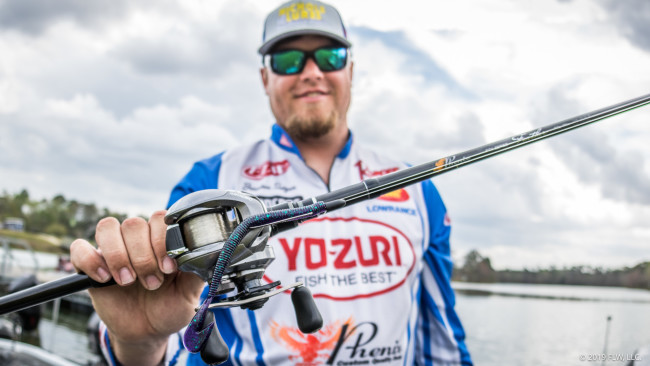 2. After cracking 25 pounds, 15 ounces to take the day-one lead, Braxton Setzer powered on in search of the W but came up less than a pound short. He focused his time in Spring Creek on one bare spot along a ditch that held bass waiting to push shallow to spawn. A Zoom Ultra Vibe Speed Worm on a 1/4-ounce weight with 16-pound-test Yo-Zuri Top Knot fluorocarbon thrown on a 7-7, heavy Phenix Feather rod produced multiple 20-pound bags and the best finish of Setzer’s professional career. 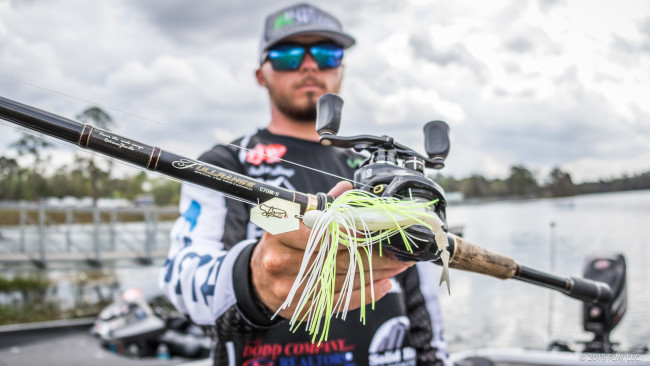 3. Sheldon Collings also soaked one spot for the entirety of the event. He fished down by the dam and caught 95 percent of his fish on a 1/2-ounce homemade vibrating jig with a Z-Man Razor ShadZ trailer. He tied it to 17-pound-test fluorocarbon and used a Tailwalk Fullrange series rod to get the job done. 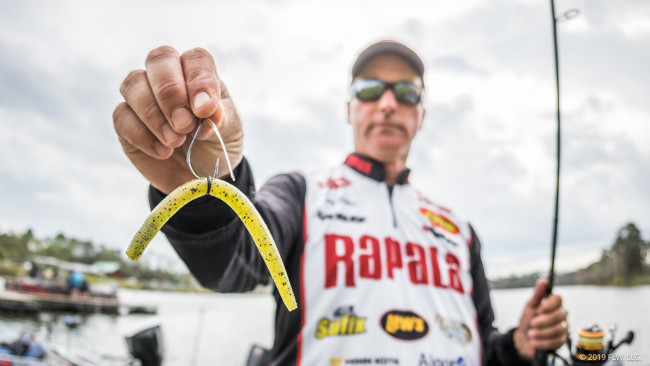 4. Still red hot after his win on Rayburn earlier this year, Terry Bolton posted another top-10 finish thanks to a Neko-rigged Zoom Fluke Stick with the tail pinched off. His terminal tackle included a 1/0 or 2/0 VMC Weedless Neko hook with part of a 1/16-ounce VMC Neko Weight shoved in the end. To get the fish to the boat – including his 27-2 bag on the final day – Bolton used 10-pound-test Sufix Performance braid tied to an 8-pound-test Sufix fluorocarbon leader and a 6-11, medium Lew’s Custom Speed Stick Lite rod. 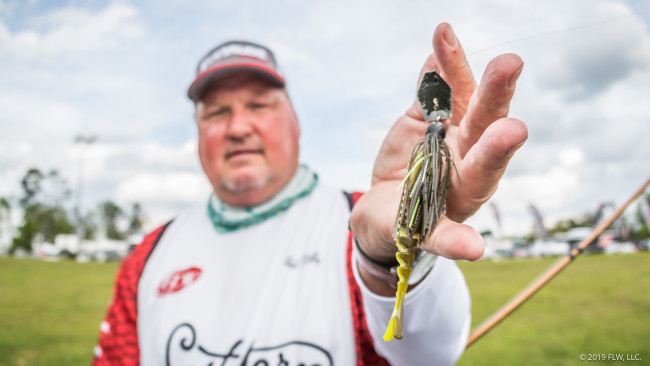 5. Rob Kilby kept it simple, fishing in a backwater of the Chattahoochee River for prespawn bass. His main bait was a 1/2-ounce vibrating jig, which he threw around shallow hydrilla. 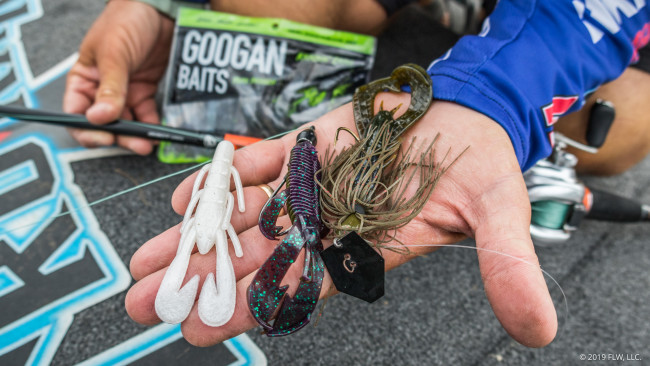 6. Scott Martin made his second top 10 in a row with a Googan Baits Bandito Bug, a white craw for sight-fishing and a vibrating jig (3/8 or 1/2 ounce, depending on depth) paired with a Googan Baits Krackin’ Craw. Everything was thrown on 15-pound-test P-Line Tactical fluorocarbon, and his rod of choice was either a 7-3, heavy Favorite Rush or a 7-6 Favorite flipping stick. 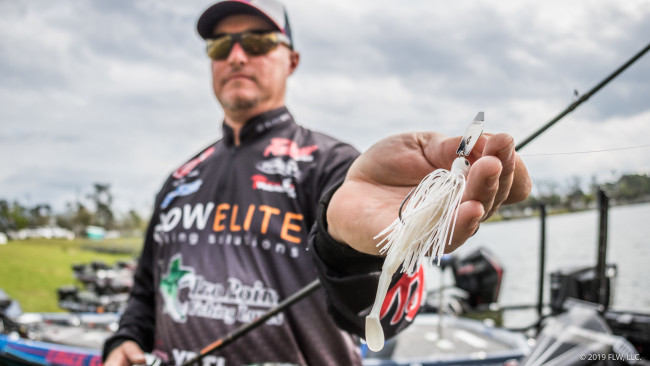 7. Miles Howe made his first top 10 on Tour by camping near the dam on a big flat. He kept a 1/2-ounce Z-Man/Evergreen ChatterBait Jack Hammer with a Pro Point Lures swimbait for a trailer in his hand the entire time. 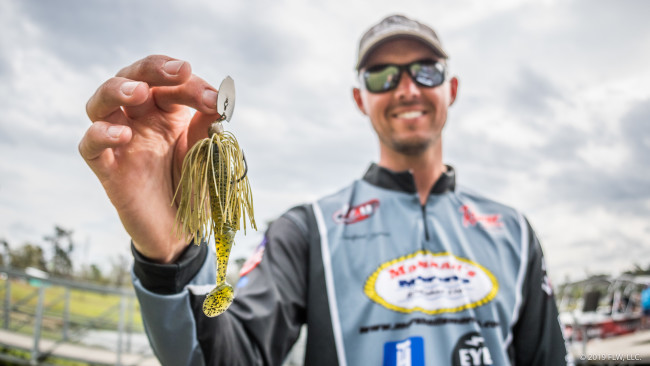 8. A Tour rookie, Bradford Beavers took advantage of the morning bite for the first few days of the event and credits his performance to a Katch-Her Lures vibrating jig (1/2 ounce) with a swimbait for a trailer. 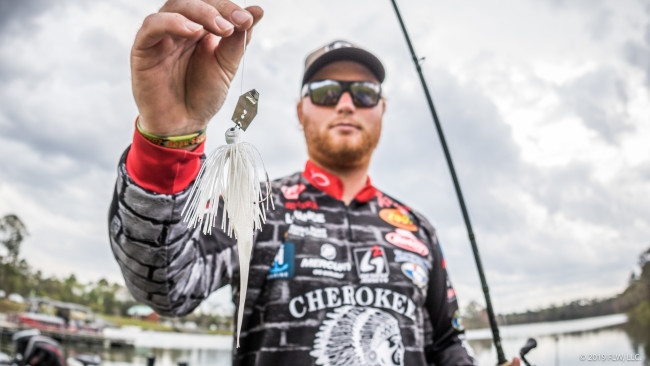 9. Joshua Weaver, who basically grew up on Seminole, has always wanted to fish in a Tour event on the pond, and he took advantage of the opportunity with a top 10. Weaver threw a 1/2-ounce Z-Man/Evergreen ChatterBait Jack Hammer with a Zoom Salty Super Fluke for a trailer. He threw it on an Abu Garcia Fantasista Premier rod (7-6, medium heavy) and 20-pound-test Berkley Trilene 100% Fluorocarbon. 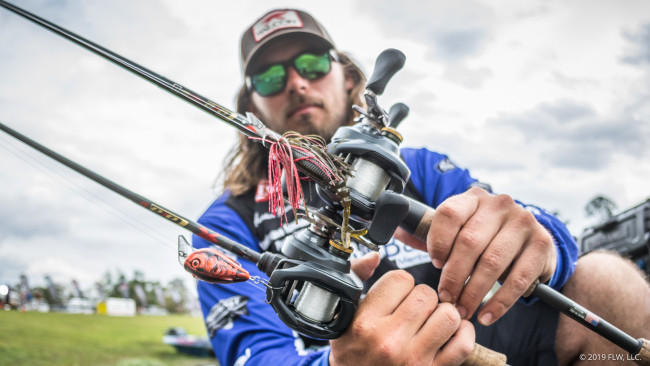 10. Tour rookie and 2018 YETI FLW College Fishing National Champion Hunter Freeman stayed on one flat in Spring Creek to earn his first top 10 on Tour with a 1/2-ounce vibrating jig paired with an Xcite Baits Shadnasty and a Salmo Squarebill Crankbait in the No. 5 size.