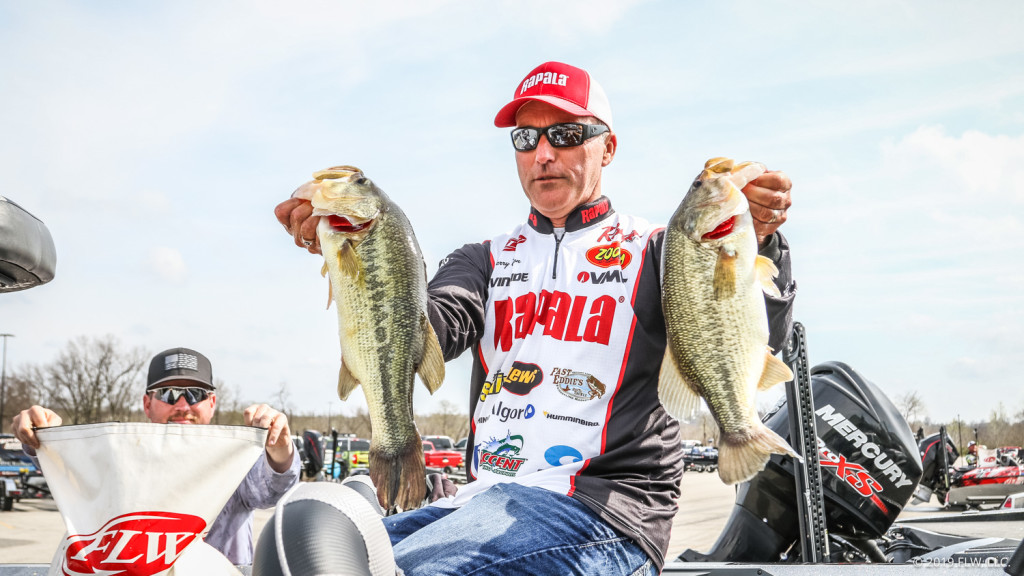 There’s no reason to bet against Bolton at this point, especially since he seems to have found the proverbial Fountain of Bass-Fishing Youth heading into the season. But the competition behind Bolton isn’t letting up, and there’s a rookie on his tail who’s been nearly as impressive in 2019.

With Cherokee Lake next on the schedule, here’s a look at how the AOY race is shaping up. 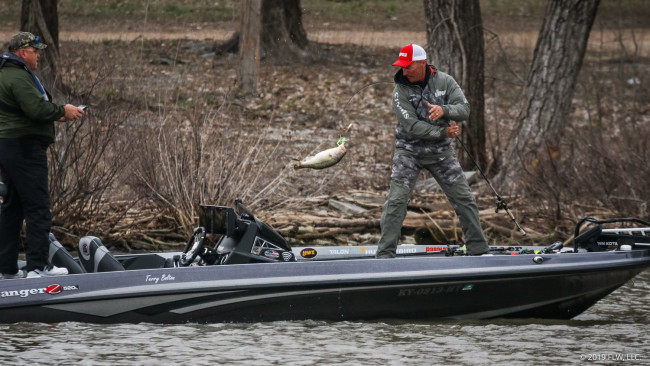 There’s really very little stopping Bolton at this point. He has the momentum, and despite a number of near misses that precipitated a long wait for his first Tour victory, this year just feels different for the 24-year Tour vet. Bolton has all the confidence in the world right now, and he’s fishing calm, relaxed and full of self-assuredness.

Bolton increased his AOY lead from 11 points prior to Grand to 21 now, as the Tour heads to Cherokee in little more than a week. While the Tour has never visited Cherokee, don’t expect that to throw Bolton for a loop. He’s caught plenty of big fish this season in a number of ways, and his experience should be enough to crack the code at Cherokee to keep his momentum rolling. 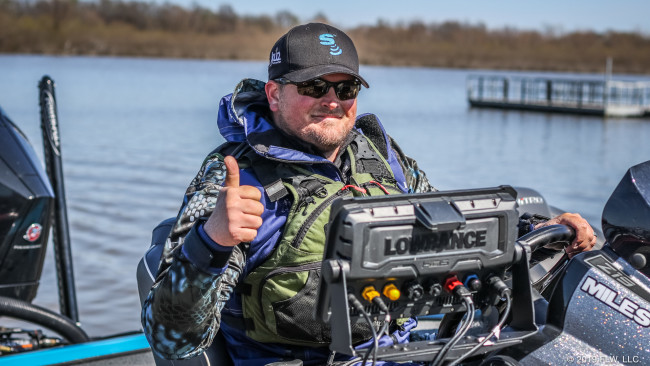 The rookie known as “Sonar” is angling for more than just Polaris Rookie of the Year honors this season. If Burghoff keeps doing what he’s been doing to this point, he’ll be in late-season contention for AOY as well.

It’s hard to overstate just how good Burghoff has been as a rookie. He’s made three cuts in four Tour events (and only missed the fourth cut by six places at Toho). He finished 12th at Rayburn to start the year and just notched a third-place finish at Grand.

Oh yeah, and the Hixson, Tenn., pro has two eastern Tennessee lakes coming up next in Cherokee and Chickamauga. 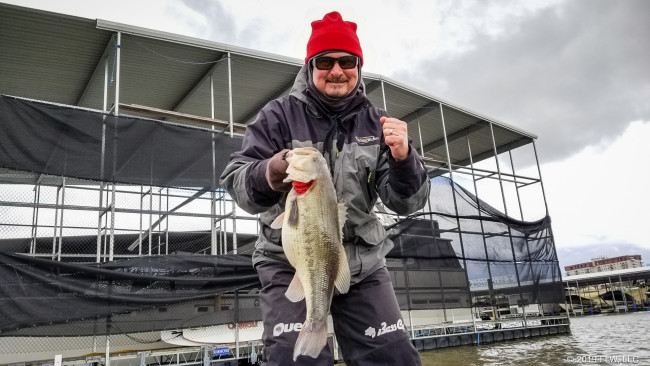 Third-year Tour pro Billy McCaghren has made four cuts in four events so far in 2019, and he’s gotten progressively better at each stop. Beginning with a 30th-place finish at Rayburn, the Mayflower, Ark., pro upped the ante with 25th at Toho, 14th at Seminole and his first-ever Tour top 10 with sixth place at Grand over the weekend.

It’s no surprise McCaghren fished on the final day at Grand given his track record fishing Ozark lakes, and while there are some pros with more experience on Cherokee and Chick, the crafty veteran hasn’t gotten this far by not knowing how to find big fish on just about any tournament fishery. 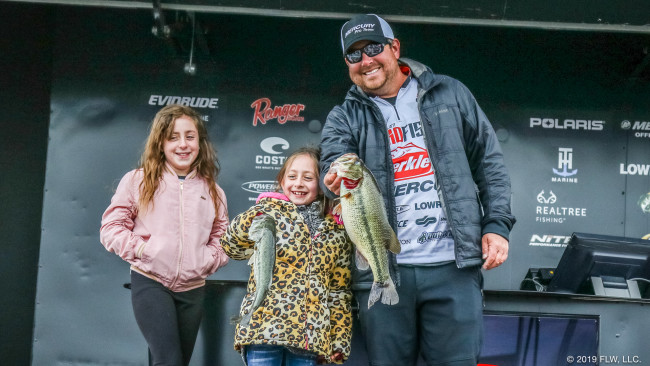 When your modus operandi is fishing as shallow as humanly possible, as much as possible, there are bound to be some strikeouts to go along with the home runs. Fortunately for the Tin Man, his home runs this season (second at Toho and fourth at Grand) have been paired with a couple doubles in the form of a 32nd-place finish at Rayburn and 51st at Seminole – neither showing being enough to damage his AOY chances irreparably.

It’s hard to get a read on what to expect from Cox at Cherokee given the uniqueness of the fishery and the time of year the tournament lands on the schedule, but you can bet the farm on the shallow-water hammer crushing some huge fish on Chick in early May. 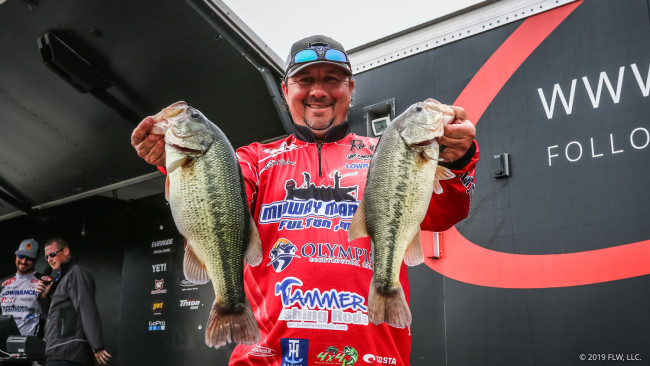 Despite missing his first cut of the season with a 45th-place finish at Grand Lake last weekend, Joseph Webster is within shouting distance of an AOY title – a fair consolation prize, if nothing else.

Still, Webster has turned in three top-25 finishes this year (and a top 10 at Toho), and that consistency is bound to pay off at some point. In fact, consistency has been the name of the game for Webster in his short career. He’s made the FLW Cup each of the last three years, and, barring something crazy happening in the next three events, he’s on pace to make it four in a row.

Given his vast and varied skillset, Webster should be one of the favorites to win at any given fishery left of the schedule. 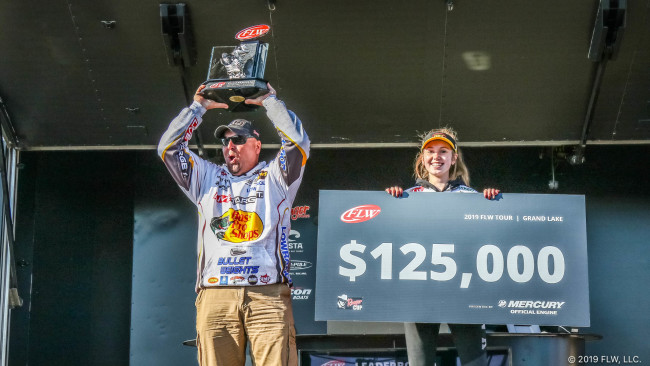 Braxton Setzer (700 points), Jeremy Lawyer (699), Buddy Gross (685), Scott Martin (683) and Matt Reed (683) round out the rest of the top 10. Setzer has made three cuts since Rayburn and continued to impress at Grand with a 15th-place finish, but few impressed as much as Lawyer, who notched his first Tour win via tiebreaker after making his third cut in four events this year.

Gross has his home lake coming up (Chickamauga), where he made the top 10 in the Costa FLW Series event just a couple weeks ago. Martin hit a bit of a snag at Grand with an 86th-place finish, but he already has two top 10s this year, and the rest of the schedule is lining up nicely for the former AOY. Reed has quietly put himself in contention for an AOY title by finishing no lower than 42nd place so far, including making the cut at both Seminole and Grand. 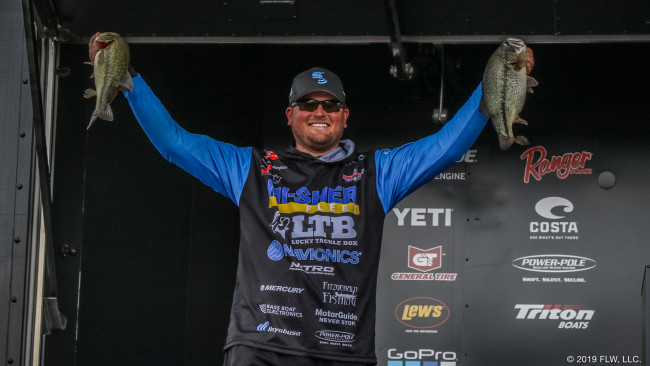 We’ve already said a lot about Burghoff, but it probably isn’t enough. With four Tour stops in the books and three to go, it’s truly going to take a full 180 for Sonar to not lock down ROY and threaten for AOY honors to boot.

The AOY race is looking a little more vet-heavy at the top of the list after Grand, but all it takes is one event for guys like Nick LeBrun (25th) and Ryan Salzman (27th) to get back on track.

Here’s how the top 10 rookies are shaping up in the overall AOY standings: