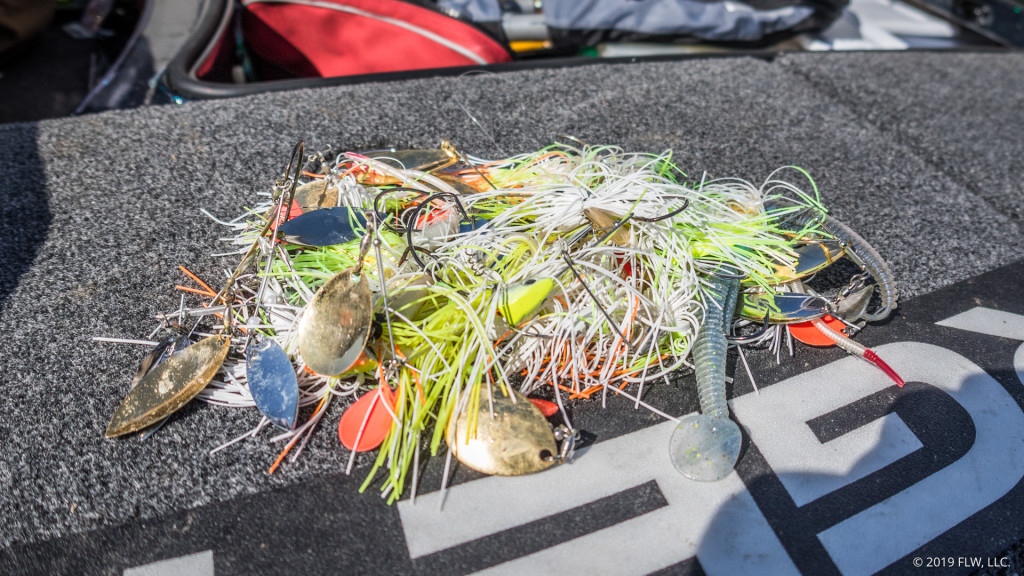 If you’re going to fish Grand Lake this time of year, you’d better be good with a spinnerbait. The FLW Tour event at Grand Lake last week sure showcased that.

Every pro in the top 10 (and the majority of the field, really) utilized a spinnerbait in some capacity. A big key was how they modified and presented their blades.

Here’s a look at the baits that helped the top 10 anglers make their money, spinnerbaits included. 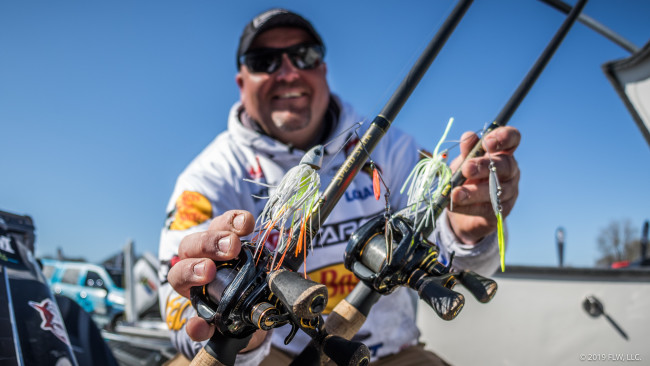 1. Jeremy Lawyer is a spinnerbait fanatic. He cycled through five different blades on any given day, including ones from Freedom Tackle and Nichols Lures, along with a host of homemade versions. Regardless of the spinnerbait, he swapped out all the blades to Hildebrandt blades of varying colors. 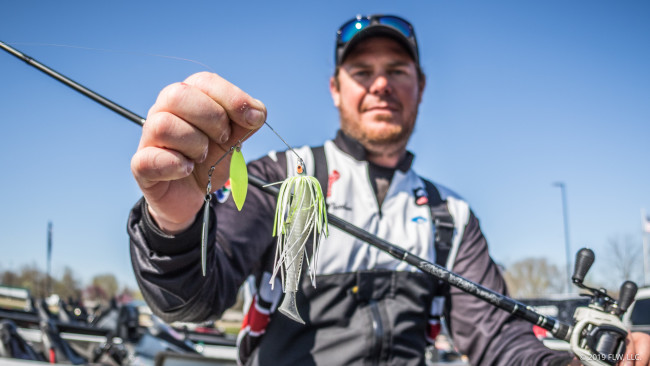 2. South Africa's Michael Matthee grew up fishing blades, and he showcased his prowess with a white-and-chartreuse spinnerbait with a Keitech Swing Impact FAT 3.8-inch trailer. 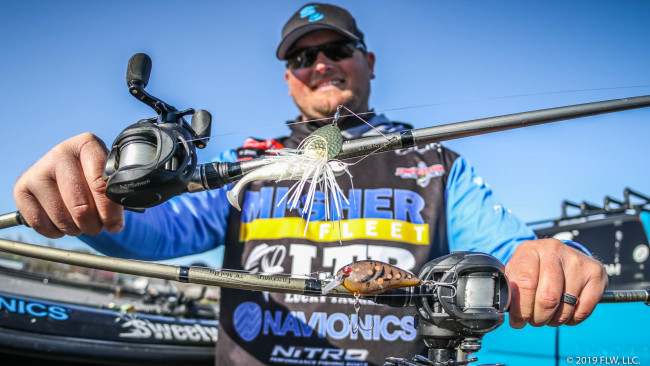 3. Miles Burghoff targeted staging areas between floating docks with a Z-Man SlingBladeZ spinnerbait (to which he added a gold No. 5 Colorado blade) and a Z-Man MinnowZ swimbait. He also tossed around a Strike King KVD HC square-bill crankbait in a brown craw color, and he replaced the stock hooks with Hayabusa TBL930 hooks. 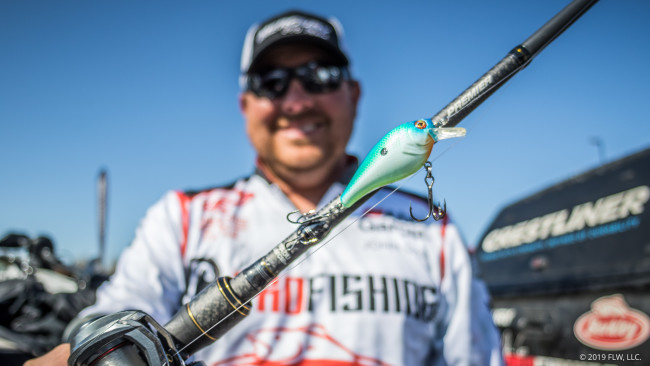 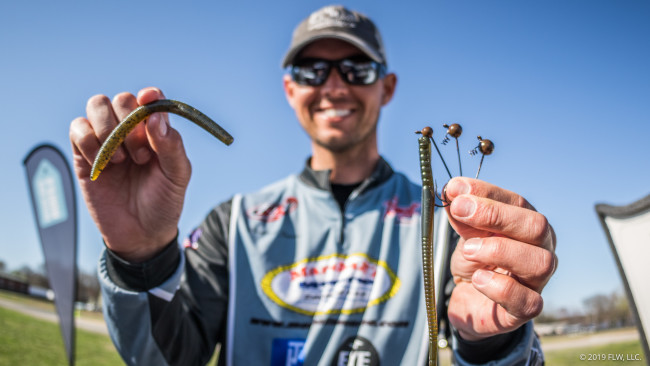 5. Bradford Beavers was the lone pro who didn’t rely heavily on a spinnerbait (though he did catch a few on one). Instead, he made repeated casts to isolated wood with a finesse worm on a shaky head, 1/8 to 3/8 ounces depending on the depth. He also mixed in a wacky-rigged stickbait when the bite got really tough due to falling water levels. 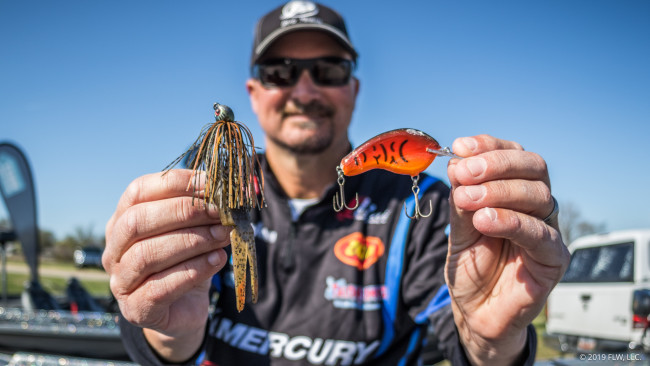 6. Billy McCaghren did plenty of damage with a Talon Custom Lures 3/4-ounce spinnerbait with a Zoom Swimmin Super Fluke trailer, as well as tossing a 1/2-ounce Talon Custom Lures Billy Mac jig of his own design with a Zoom Big Salty Chunk trailer. His ace in the hole was a homemade flat-sided balsa crankbait in an orange craw color. 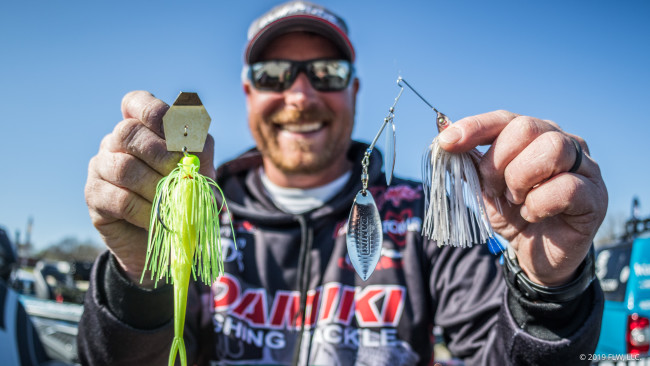 7. When faced with cold, dirty water, Bryan Thrift’s first choice is always a Z-Man ChatterBait, which he slow-rolled on any cover he could find. He also mixed in a Damiki TOT spinnerbait and a jig. 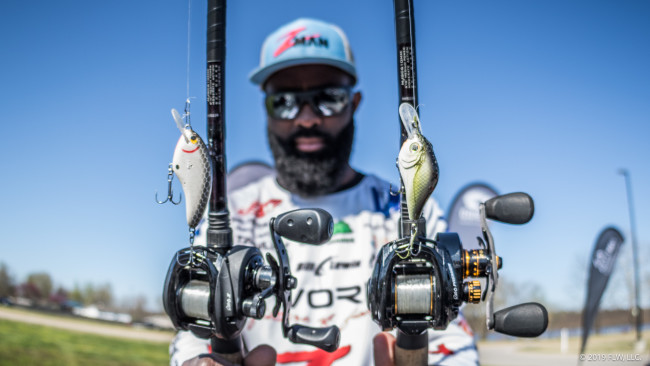 8. Brian Latimer attempted to become only the second pro to win back-to-back Tour events by fishing “whatever looked good” with a Z-Man SlingBladeZ spinnerbait (which he modified with different blades), a Bill Lewis MR-6 crankbait and a homemade balsa crankbait. 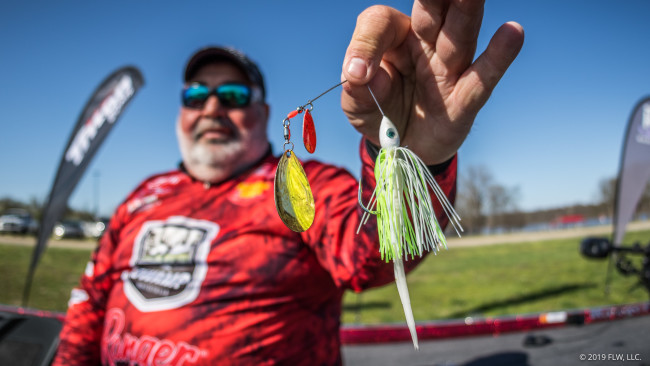 9. Despite constant boat issues, Jamie Horton made the top 10 thanks to fishing horizontal wood on 45-degree banks with a 1/2-ounce Nichols Lures Pulsator spinnerbait with a red kicker blade and a gold Colorado blade. He also had a banner day two thanks to a Nichols Lures swim jig. 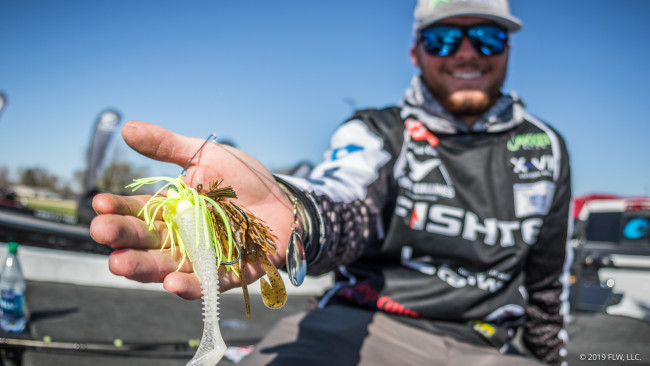 10. Sheldon Collings overcame the local curse and made it back-to-back top 10s by targeting transition banks leading into spawning pockets. His main tools were a chartreuse 3/4-ounce spinnerbait with gold Colorado blades and a JaKKed Baits SKKatterbait with an orange blade.