Nabe to Use Marshal Winnings for Leg Surgery 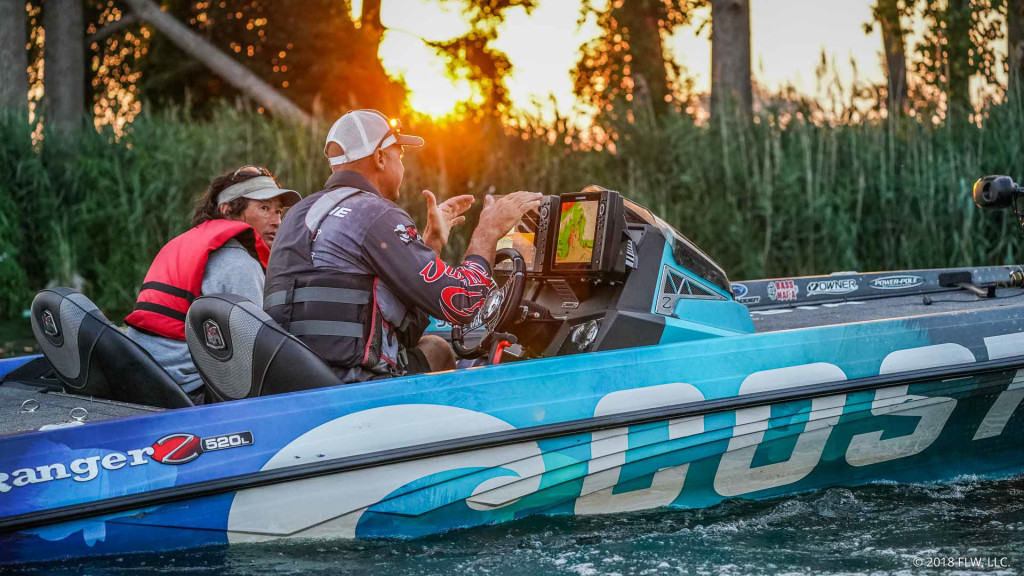 When you live a bass-fishing vagabond lifestyle, sleep in a van and have no bank account, every dollar counts out there on the tournament trail. That’s why Hiroyuki Watanabe – better known as Nabe – was very pleased to earn the $2,500 winner’s check for being the top-finishing marshal at the Grand Lake FLW Tour event last week.

The Japanese angler was paired with Bradford Beavers and Buddy Gross in two days as a marshal, and both anglers put up quality numbers to help Nabe get the top prize.

For Nabe, the marshal experience is really all about learning the skills needed to make it as a professional bass angler. He’s a longtime co-angler who’s fished with FLW and B.A.S.S. as far back as the late 1990s (he finished 10th in the FLW Tour COY standings in 2018). After taking time off from fishing from 2000 to 2012 to work and save money for his run at a pro career, Nabe quit his job and returned to the States, where he now spends six months per year fishing tournaments, marshaling and running camera boats.

In between events, he lives a very low-maintenance lifestyle that’s filled with fishing and good times with the pros he’s come to know. He says guys like David Dudley, Bryan Thrift and John Cox have really helped him out over the years with everything from cashing checks to offering fishing advice to helping him with accommodations. Though, he has a pretty good system worked out for the latter.

Nabe sleeps most nights in his van in Walmart parking lots, unless he needs to charge his boat batteries, in which case he finds campgrounds near the tournament lakes.

“I’ve got the van. Inside it’s like a camping car,” Nabe says. “I don’t stay at a hotel. I have no address, no social security number, no bank account. I have nothing.”

Nabe plans to marshal at most of the FLW Tour events this season. He’ll miss Lake Champlain because he has to fly home to Japan to have follow-up surgery on the leg he broke when he slipped in the boat last March while ferrying a cameraman around at the Bassmaster Classic.

“I fished the whole rest of the season, from March to July, and my leg was broken, but still I kept fishing,” he says. “A lot of people told me, ‘Nabe, you need to go to the hospital.’”

Without health insurance in the U.S., Nabe put off treatment until he returned to Japan. He had to undergo surgery and spent six weeks in the hospital and several months recovering at his parents’ house.

“Bill Taylor [FLW Tour director] asked me what I was going to do with the money. I have another surgery coming up in the beginning of June. I’m probably going to use the money for surgery,” Nabe adds.

Regulations limit how long Nabe can stay in the U.S. on each visit, so in between, he works seasonal jobs at hotels and resorts back home, usually returning to fish in January and then flying back home again in July. If and when Nabe can earn a big co-angler win and secure some sponsor support, he hopes to move up to the front of the boat at the top level.

Whether or not he makes it, for Nabe, the experience of living the lifestyle of touring pro is already a dream fulfilled.

“I’m calling this trip in the bucket list,” he says. “I’m ready to die any time.”

Thank you to all who participated at Grand Lake. If you’d like to learn more about becoming a marshal, please call 270.252.1000, or visit flwfishing.com/marshals. Openings are available for the upcoming events at Cherokee Lake and Lake Chickamauga.