Get to Know Lake Champlain 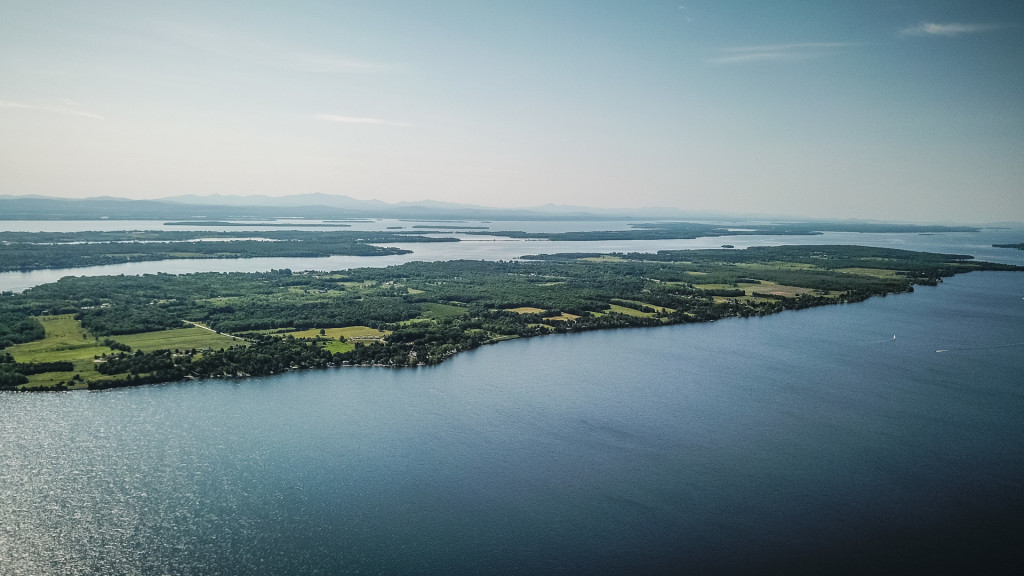 Lake Champlain is a giant of a lake. It stretches 100-plus miles from its beginning down south at Whitehall, N.Y., and runs all the way up to the Canadian border between the Green Mountains of Vermont and the Adirondacks in New York. Though the competitors aren’t allowed to venture into Canada, there is still plenty for anglers to break down for the final event of the 2019 FLW Tour season. 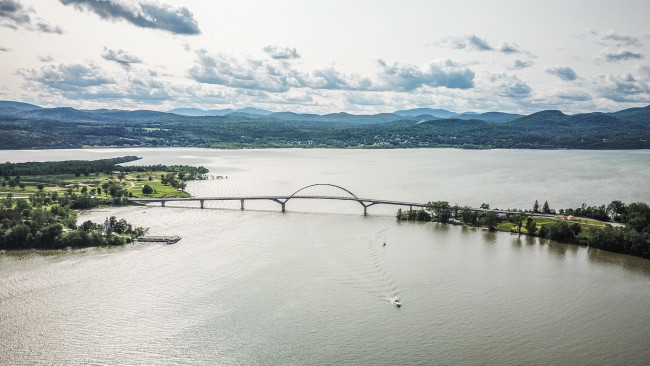 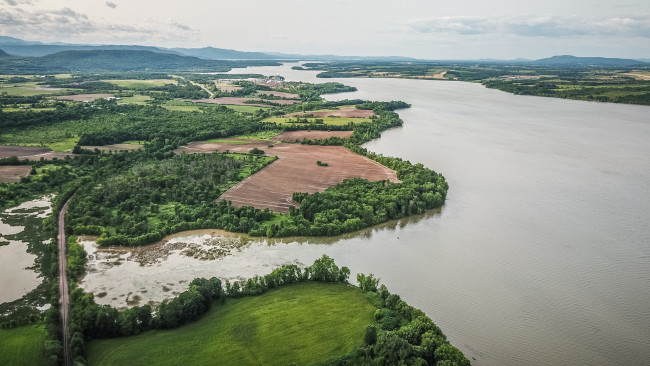 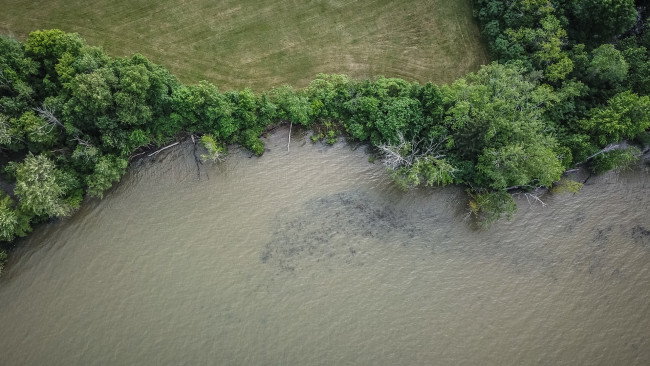 Roughly delineated by the Champlain Bridge, the south end of the lake is best known for its proximity to Ticonderoga, N.Y., and Fort Ticonderoga. Often simply called “Ti,” the southern end is home to some of the best largemouth fishing in the lake.

The lake essentially starts out as a big river, bearing striking similarities to the Potomac, but without tides. Typically, the shallows are loaded with milfoil and other types of grass, and the bass are right there in the mix. The south end is also muddier than anywhere else on the lake, though clear water can often be found if you go far enough into the grass.

This year, with higher water than normal, there’s a lot more access to backwaters, and the milfoil isn’t topped out yet. Historically, you almost had to run south to do well on Champlain, but in recent years that hasn’t been the case at all, with the north end providing much better and more consistent fishing. 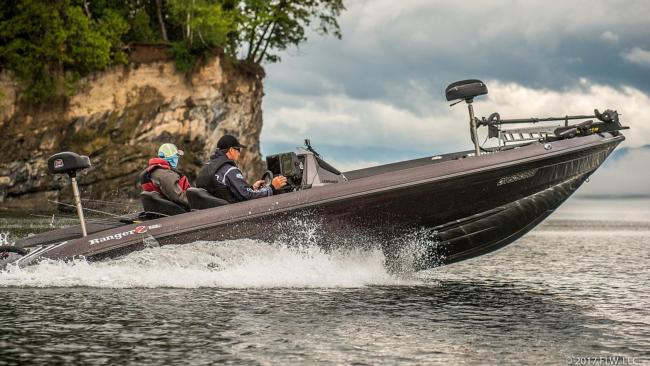 Deep and clear, the big part of Champlain begins roughly at the Champlain Bridge and stretches north past Burlington, Vt., and at least to Plattsburgh. The deepest point of the main lake is more than 400 feet, and much of it has more salmon and lake trout than bass. However, the depth and size of the main basin keeps it cooler than the rest of the lake for longer, thereby extending the smallmouth spawn. The last two Costa FLW Series events have prominently featured the main lake, and it wouldn’t be a shock to see it play again. 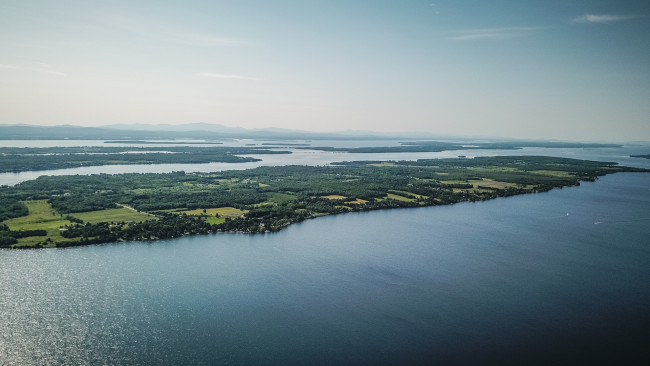 As Champlain runs north, the lake begins to broaden and is broken up by a string of big islands that essentially divide the lake into the Inland Sea, which is solely in Vermont, and the upper reaches of the main lake, shared by Vermont and New York. In recent years, it’s had the best fishing of any section of the lake, and it’s where most of the action in this week’s FLW Tour event is likely to go down.

Month to month, you can flip for largemouths on shallow cover or in grass, or you can drop-shot, fish a jerkbait or throw a topwater for smallmouths up north. From a species and cover perspective it’s certainly the most diverse area of the lake, and even during a big tournament it’s large enough to not be too crowded. 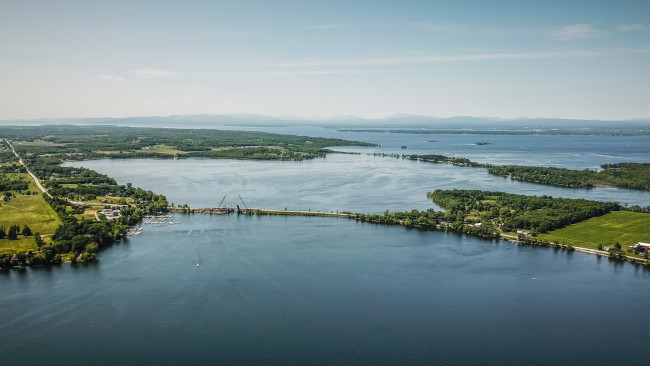 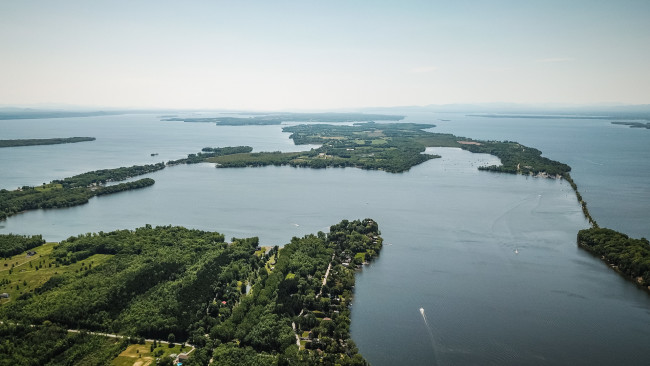 There are three ways to get from takeoff at Plattsburgh to the Inland Sea. The first is to run south below the islands and cross through between Malletts Bay and South Hero (the southernmost of the big islands). The other two are passages between the islands. The closest and easiest for anglers is the Gut. North of that, the Alburg Passage leads up toward the north end of the Inland Sea and the mouth of Missisquoi Bay.

Both Carry Bay and the Gut are loaded up with grass and largemouths, but the openings to the big lake also have plenty of smallmouths on them. Because of the old railroad causeway that runs up the islands, the current flowing out of the Inland Sea (east to west at the causeways and turning toward the north) is concentrated at a few gaps, and those gaps concentrate bait and bass. They’re well-known areas, but they can be pretty electric at the right times and almost always produce fish.

Malletts Bay is nestled at the south end of the islands, and it is geographically pretty unique, with more bluffs and cliffs that drop into deep water than the rest of the north end, but the fishing there isn’t too different from elsewhere up north. It’s got both largemouths and smallmouths, just at a bit smaller scale than some of the bigger areas to the north of it. 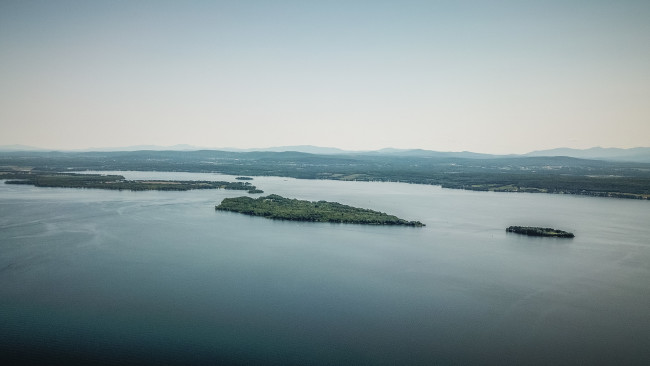 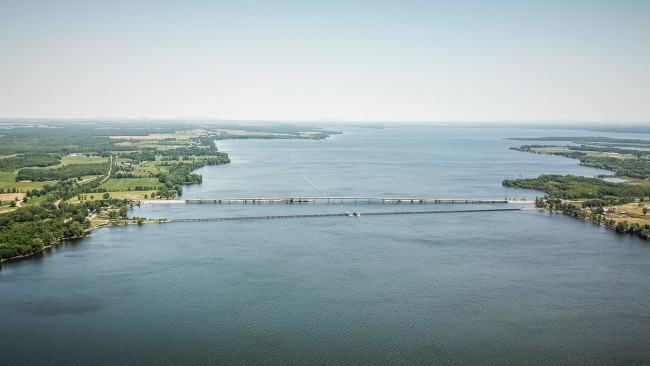 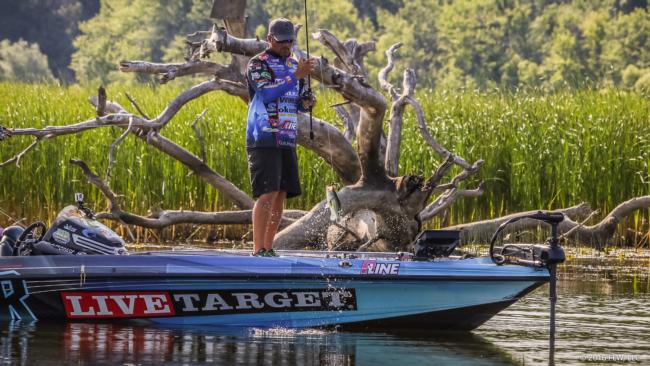 The far northeast corner of Champlain is a special one. There, the Missisquoi River flows into Missisquoi Bay. It’s home to some of the best largemouth action in the entire north end. The river delta can be very productive, and this year the water is high enough that it should be extremely fishable. The bay away from the river can also be very good. There’s a lot of shallow rock and grass, and the water is a little dirtier than the rest of the north end. All that makes it a prime place for largemouths (and some smallmouths) to live and a good place to win a derby. 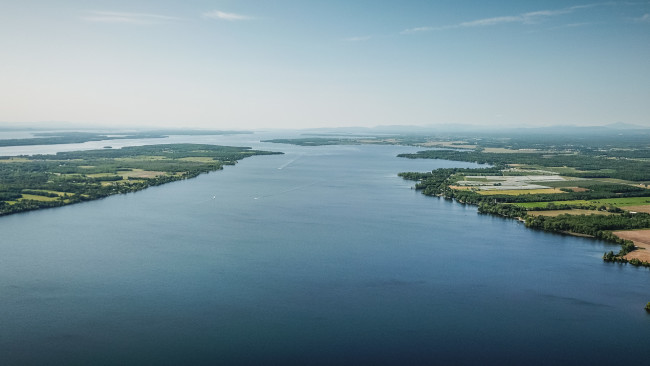 To the west of the Inland Sea the lake is shared between Vermont and New York. Though it looks similar to the Inland Sea, there are some important differences. One of the big ones is that the water is generally cooler, with a deeper max depth and direct access to the main basin. It’s also got a reputation for some of the best smallmouth fishing in the lake. The grass is more concentrated in the sheltered bays than it is in the Inland Sea, making the largemouth fishing a bit more limited. 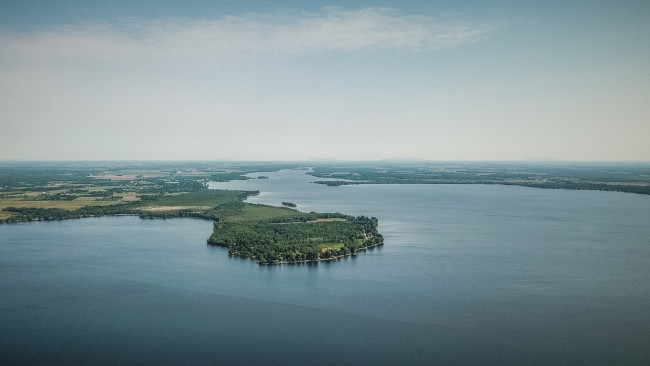 Just north of Rouses Point in Canada, Champlain turns into the Richelieu River and flows on toward the St. Lawrence. Just south of that, basically cut off by the Rouses Point Bridge and stretching south past Isle La Motte, the contours flatten out a bit, and abundant rock, grass and bait make for dynamite fishing. Year over year, the area around Rouses produces a ton of smallmouths and high finishes. Just in 2018, Brett Carnright nearly won the Costa FLW Series event with almost all his fish coming from the region. 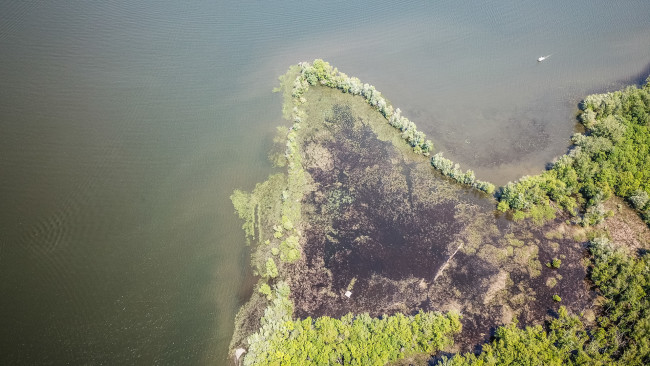 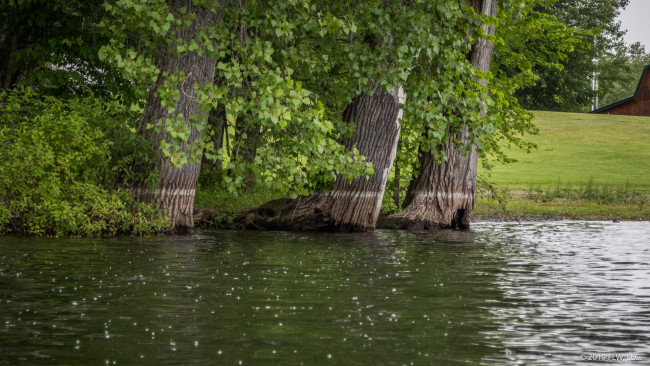 Outside of the myriad different places to fish, one constant is going to be the high water. After dropping below 99 feet, the water level is back on the rise, though it will likely level out for the tournament. Currently, the lake is about 1.5 feet above average, which would be nothing on Cherokee Lake, but counts for quite a bit on Champlain. High water all spring has the lake a little dirtier than it normally is, and it also means that shallow largemouth cover is much more accessible. 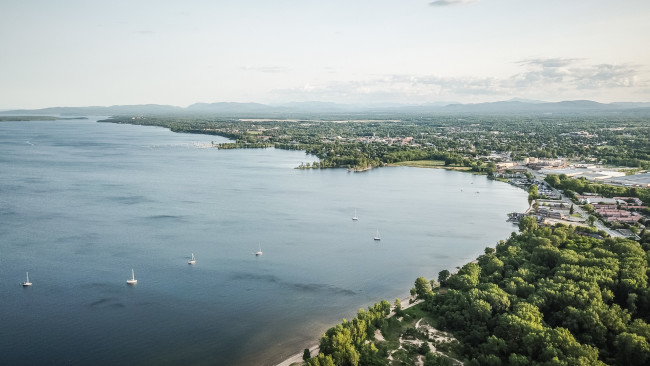 When 168 pros take off out of Plattsburgh for the final regular-season event of the 2019 FLW Tour season they’ll have plenty of choices to make. Between stages, species and locations, Champlain can be a confounding tournament fishery. What it will surely be is good fishing. There aren’t many other lakes that produce such consistently good weights and numbers for both smallmouths and largemouths. Champlain has been the site of the season finale for the FLW Tour a few times, and it never disappoints.