A Three-Angler Race for AOY

Cox, Dudley and Webster will settle it all this weekend 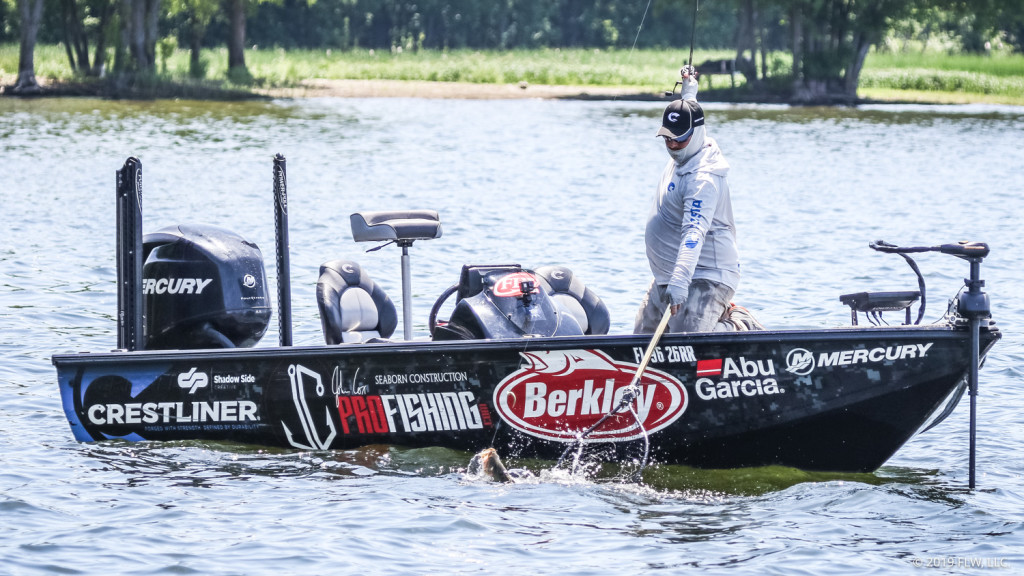 By making the top-30 cut, John Cox, David Dudley and Joseph Webster are all still in the 2019 FLW Tour Angler of the Year race. Scott Martin, who also made the cut and started the week in fourth place in the standings, cannot mathematically earn enough points to win AOY.

If the tournament ended today, Dudley would be AOY, Cox would be second and Webster third … but it ain’t over. Cox, who squeaked into the cut at 30th place, is less than 2 pounds back of Dudley, and a few ounces can be the difference in a lot of places in the standings. It’s way too early to start engraving names on any trophies.

The Polaris Rookie of the Year race isn’t final yet either. Ron Nelson made the top-30 cut and started the tournament 4 points shy of Bradford Beavers, who finished 34th. Nelson needs to beat Beavers by five places in the standings to lock up ROY. He’ll start the day in 10th place, so as long as he doesn’t slip below 29th, Nelson wins the title.

All the drama will unfold over the next couple of days. Tomorrow, we’ll crown an ROY for sure, but AOY most likely won’t be settled until Sunday.