Texas rig and drop-shot were Webster’s only baits 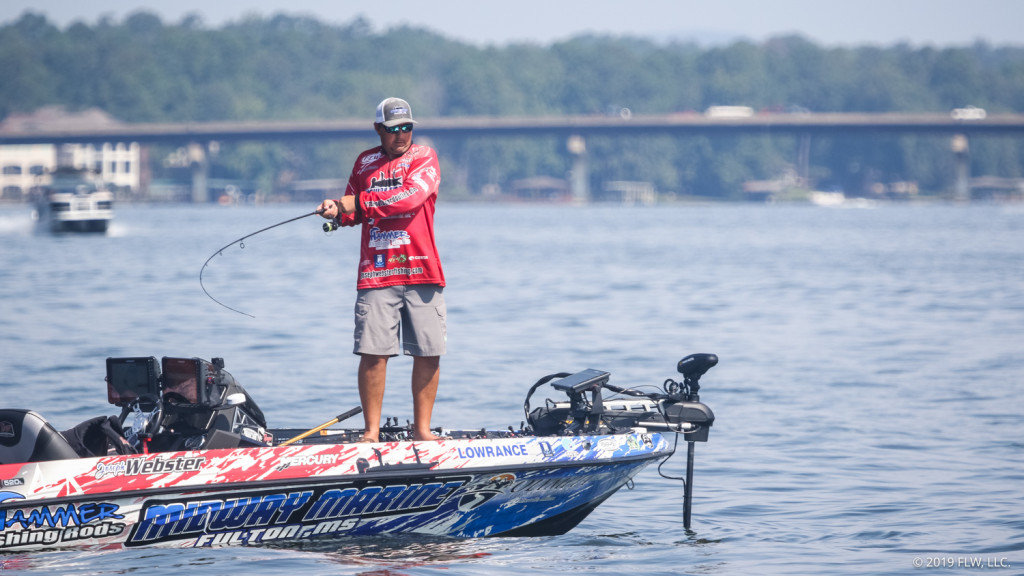 Among the FLW Cup pros that committed the entire tournament to one pattern was Joseph Webster, who weighed in a three-day total of 28 pounds, 2 ounces at Lake Hamilton. He finished seventh.

“I didn’t ever go to the bank. I stayed on brush all week,” he says. “When I started, I started on brush, and when I finished, I finished on brush. I ran the bank for a couple mornings [in practice], and I’d get two or three bites, but half of them wouldn’t hook up. So I just thought that brush was my better odds, because I knew they were in those piles where I knew my bait was going by one every time.” 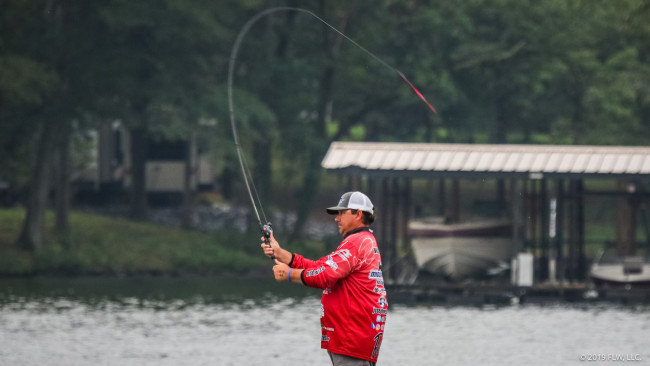 “It seemed like the brush piles in 15 to 20 foot of water were the best,” says Webster. “I probably marked a hundred in pre-practice. What I did was I idled them, and if they had life around them, I’d fish them. That means bait up above them, some kind of fish around them – you’d usually catch one out of it.”

Through practice, Webster was able to whittle down his brush pile collection to about 15, which he fished over and over during the tournament. On the last day, he actually caught four fish off one pile, but he had to stop and fish it three times to get a bite.

That’s something pros talked about all week: the timing factor. They were able to share brush piles and rotate through areas again and again, often without any logical reason for why the fish bit on one stop and not the next.

Most figured the sunny conditions of the last day (the first two days were overcast with occasional rain) would be the ticket to get those fish to hunker down in the brush where they could be targeted more efficiently. When they roam, they’re tougher to catch.

Webster has a different theory. In his opinion, it wasn’t the sunshine itself that moved the bass down into the brush. It was one of the side effects of a bright, sunny day.

“I think boat traffic helped it a bunch because there were boats running over the top of it, which pushed the bait down,” he says. “I think they get lower and lower. I think that’s what helped it.” 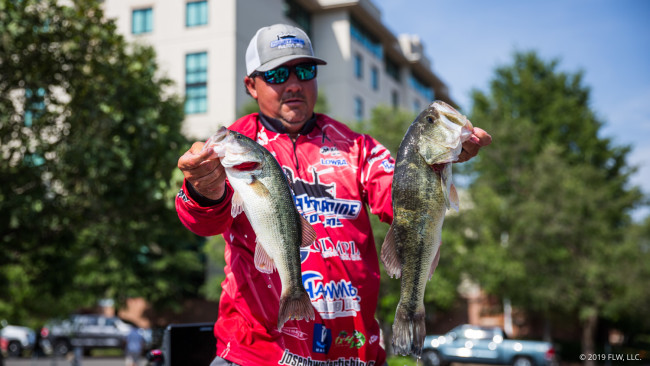 During the first two days, Webster caught at least a couple fish early in the morning. Everything flip-flopped on the final day, when he caught most of his fish in the last 30 minutes.

His presentation was always the same.

“When I pulled up I’d bomb my Ol’ Monster to them,” he says. “When I’d line up, I’d line my cursor up with them and kind of fish my way to them. A lot of them would bite on the first cast. Before it got to the bottom they’d come up and get it. And then if they didn’t get it I’d get right on top of them and put the drop-shot right in the middle of it, straight down under the boat. That’s how I did it all week.”