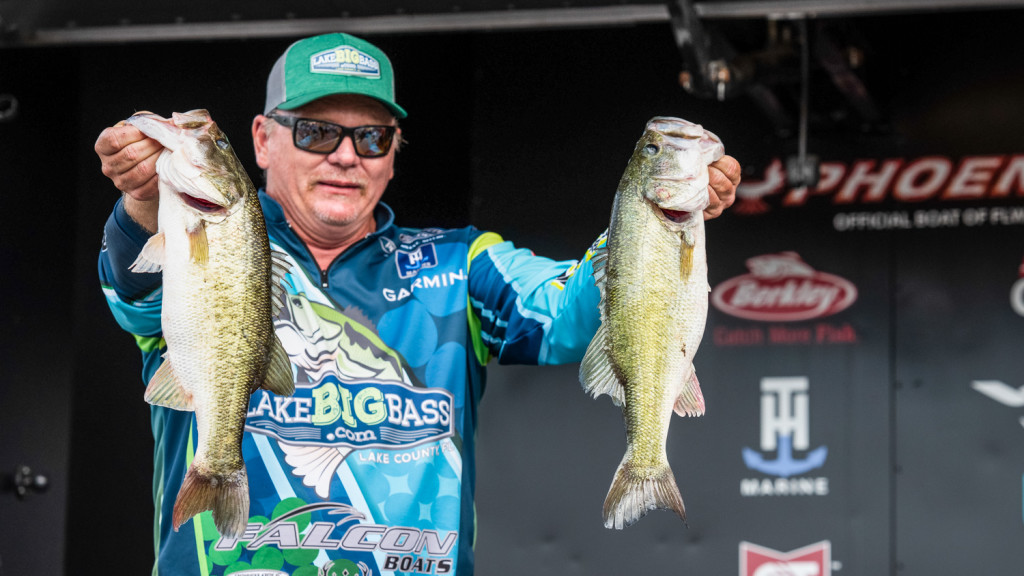 After a couple months of little to no tournament action, competitive anglers are once again beginning to flock to Florida to kick off their seasons. Over the next three months, bass fishing fans will watch as anglers attempt to track waves of Florida-strain bass moving in and out of spawning grounds on the Sunshine State’s best fisheries.

According to Tackle Warehouse Pro Circuit angler Tim Frederick, who’s lived in Florida since he was 4 years old, one of the most important factors for successfully locating both spawning and staging bass in the coming weeks is bottom hardness. In most situations, the harder the bottom the better, but there’s more to it than that.

Frederick says it’s possible to identify the best bottom hardness areas based on vegetation type as well as feel, if you know what to look for. 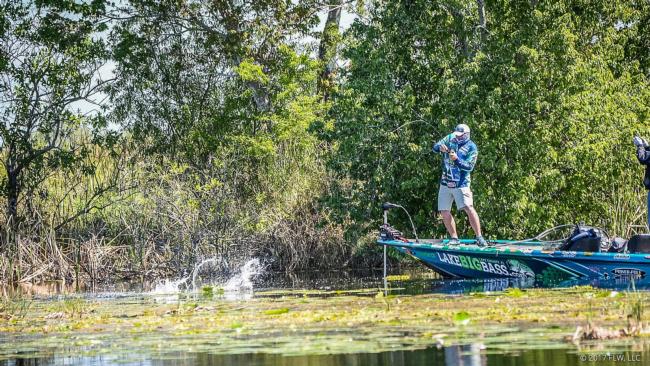 Some Lily Pads are Better than Others

It’s no secret that bass will spawn on lily pad roots. JT Kenney won an FLW Tour event on Lake Toho in 2015 flipping pad stalks and stems for spawning fish, and several other major events have been won with similar patterns.

However, all lily pads are not the same.

“Lily pads are one of the few things that’ll grow in soft bottom and hard bottom,” says Frederick. “But I will say this: A lily pad will grow into muck, but underneath that muck somewhere is hard bottom. A lily pad has a root system, and it’ll be buried under the muck most of the time until spring. When they start fanning beds they’ll expose the roots. They want something that they can lay their eggs on and they’ll stick to. So they’ll fan away a couple inches of muck if they have to.”

Even within one bed of lily pads, Frederick says there are ways to dial in on the best spots. For instance, a section of a pad field near a channel will likely stay a little cleaner, so fish won’t have to fan away as much silt to get to the roots. Or, if some of the pads are near a hard sand bottom, the fish will be more likely to be staging nearby and will slide into those areas to spawn.

Depth is also a factor.

“If you have a lily pad field that goes from 5 feet deep to 1 foot deep, typically that 1-foot section is going to be more muck than anything else because of decomposing plant matter from spraying and stuff like that,” says Frederick. “The farther out you come, the more you’ll find hard bottom.

“How far the fish come out is based on water clarity,” he adds. “If you can see 2 feet down, they’ll go to 5 feet because it gets enough sunlight. Also, down here, the spawn goes from January to about the first of April. Later in the year the fish will be spawning a little deeper because of the water temperature. So I have caught fish spawning as deep as 5 feet down.”

Ultimately, a good fisherman will learn to suss out the best pad fields based on feel. Frederick figures that bass are pretty lazy. The less silt they have to clear away, the more likely they are to spawn there. Based on that assumption, he searches for the highest-percentage spots with his flipping baits and can usually tell within a couple pitches based on how much silt he feels.

“Depending what size weight I’m using, I can tell [the bottom hardness],” says Frederick. “If I’m dragging my bait and getting muddy, silty stuff on it, I don’t necessarily want to fish there, especially if I’m using a light weight.” 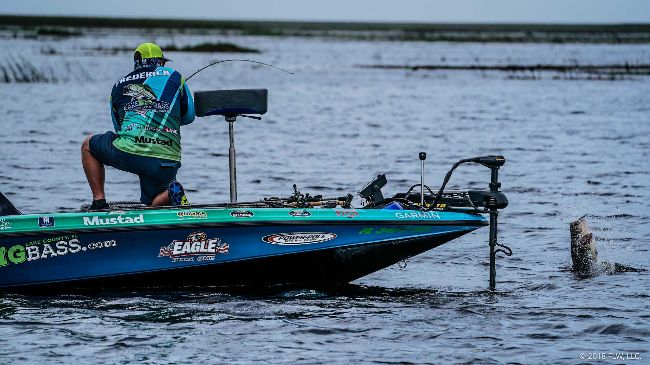 In addition to lily pads, Frederick seeks out arrowheads and pencil reeds (also called buggywhips) because they grow on hard-bottom areas.

Find them, and you’ve likely found a good spawning area.

Cattails are a little trickier. Some major events have been won on Okeechobee by targeting cattails “heads,” or clumps, outside spawning bays where bass were staging. But during the spawn, Frederick says he tends to avoid cattails.

“They pretty much grow in a little bit muddier bottom,” he says. “I’m not saying bass won’t spawn on them. They will because they have a root system. But typically the root is about the only thing they’ll be on. But pencil reeds and arrowheads are definitely found on a hard sand bottom. They’ll spawn on those.” 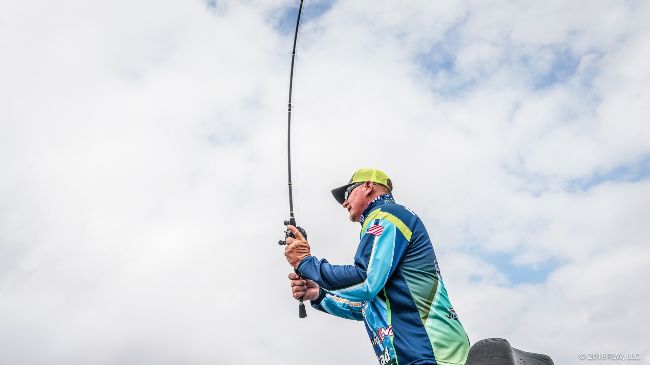 Hard Bottom is Key During Prespawn

Shell beds and other offshore hard-bottom areas can be great prespawn areas in Florida. But in terms of final staging areas prior to spawning, in Frederick’s part of central Florida, a great pattern is to locate bass in hydrilla beds.

“During prespawn they love to be on a harder bottom, but they also want stuff surrounding them,” he says. “Picture patchy hydrilla that’s got hard bottom between it, with trails and alleyways going through it. They can sit in the dark and watch for something to swim by, and then they’ll eat it.”

The best staging areas on the lakes Frederick frequents are 5 to 10 feet deep, with the sweet spot being 7 to 8 feet deep. Again, feeling for the bottom content is the key. 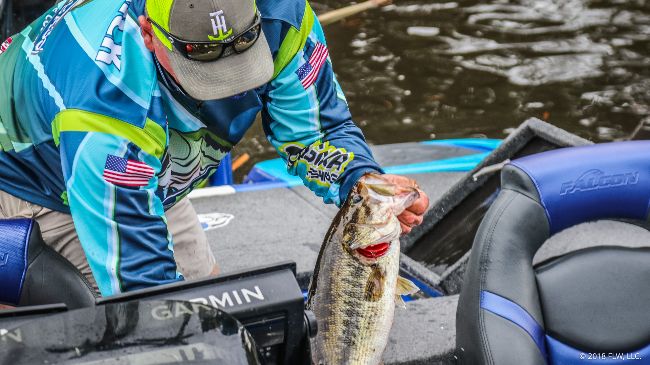 Spawning patterns don’t lose their significance in Florida once the bass are finished.

“When you think about it, we fish the spawn almost year round,” says Frederick. “What I mean by that is as soon as the bass are done, it starts getting warm, and then the bluegills start spawning. They spawn on hard bottom, too.”

Bluegill patterns produce some big-time summer bags in Florida. And just like in spring, you can trace a lot of the success back to the bottom content. Hardness is key. Learn to find the best hard-bottom spots during the spawn, and