How the roller-coaster weather this week could ignite the bite 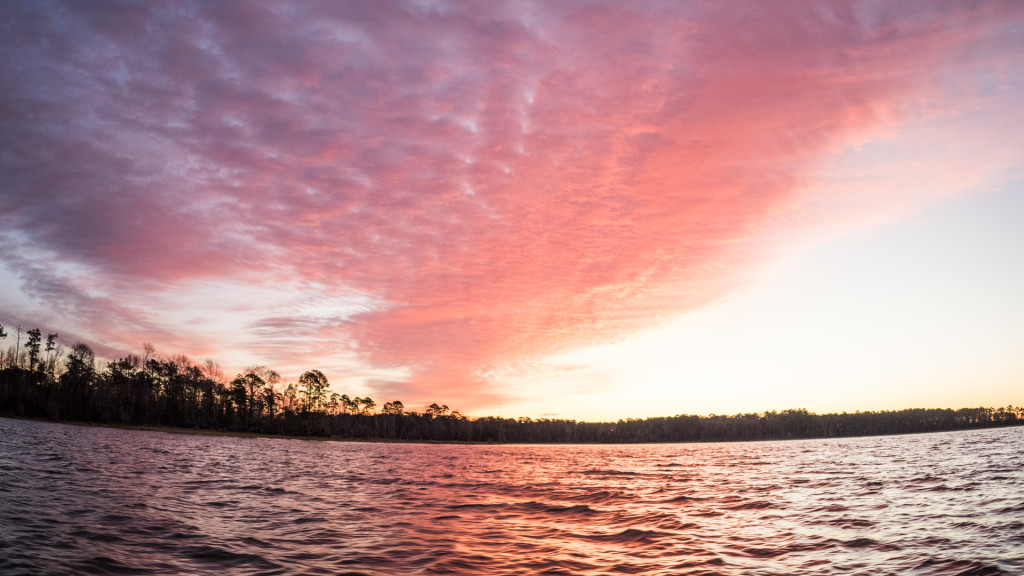 Weather is a storyline in almost every tournament throughout the course of the year, but from winter through spring it can often be the biggest influencing factor in a tournament. Warming trends and cold snaps can send fish flooding to the bank or retreating to the safety of deeper water in no time.

This week, with three days of official practice in the books for the first stop of the 2020 Tackle Warehouse Pro Circuit event on Sam Rayburn, the forecast is absolutely a factor.

Most of the month of January in the region was quite pleasant. Highs were in the mid-70s until just as practice was getting ready to start. Then a front brought rain and dropped overnight lows into the upper 30s. Though that doesn’t sound like much of a cold front in some parts of the country, it was enough to put the Florida-strain largemouths that call Rayburn home into a funk. While many of the pros have been scratching their heads to piece the puzzle together, local hammer Dicky Newberry isn’t surprised that practice has been tougher than normal. 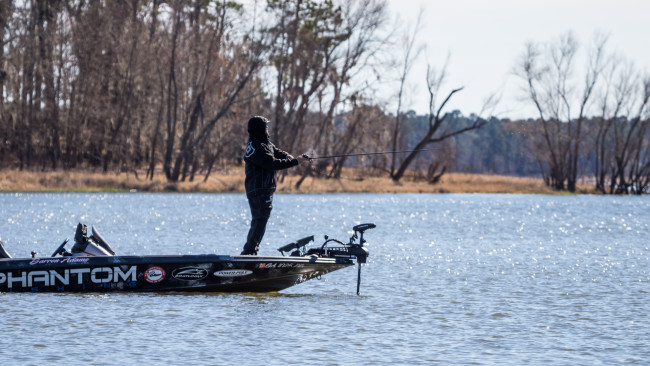 “There are a lot of people that were discouraged by their practice,” says the Texas legend. “But we have Florida-strain bass here, and when you get bluebird days after a front like we had they just don’t want to bite and clam up.”

“Every day this week we’ve gotten different weather,” Reehm says. “We had heavy wind and that front come through. I was wearing shorts the day before because it was 75 degrees. But that front came through – and we haven’t had many fronts come through this fall and winter – and everyone is saying it’s cold, but this is normal for January.

“We haven’t had that front where it gets down in the 20s and highs in the mid-30s for four or five days, and that’s what we need for these fish to get in a staging situation. So, really, these fish are acting more like fall fish and roaming with bait instead of being grouped up staging to spawn.”

And just when anglers were getting used to post-frontal conditions, things are fixing to change yet again. The forecast for the off day on Wednesday is for wind, rain and lower temperatures. The rain and wind are supposed to last throughout the early hours on day one of the tournament and dissipate as the day progresses. The good news is that by Friday, we should see a change, and over the weekend the weather should settle out, bringing warmth without much wind. So, what will this new front do to the fishing?

“I think with the rain and stuff coming in it’ll make the bite really good on Thursday,” Newberry adds. “There will be a lot of fish caught. The weather will have a bigger effect on the fishermen than it will on the fish.” 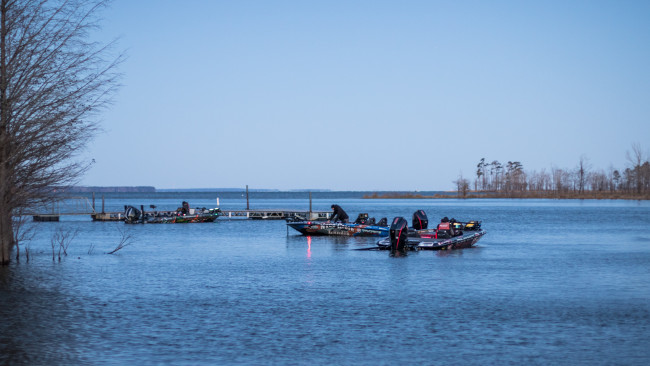 Newberry does point out that the predicted rain won’t have an impact on the lake levels during the event, though it will muddy up the backs of the creeks by day two, potentially hurting any of the pros dialed on a shallow program. But he says, as rule for January and early February on Rayburn, the fish that are going to play a role in the tournament should be out closer to the main lake, where the dirty water won’t be as much of a factor to them.

And while the offshore bite will be a deal to keep an eye on, it’s hard not to overlook a shallow bite, especially with the number of pros in the field that are shallow-water experts. Temperatures in the mid-60s over the weekend with the chance of sun both days could really help kick start some fish to push shallow.

“If the sun gets out and the water temperature increases we’ll see some fish move out of the 6- to 8-foot grass and get up in a foot of water,” says Newberry. “And that can happen quickly. The shallow fish right now are buried in the grass, lazy and tough to catch. But a little bit of sun and a degree or two increase in water temp could make them pull up. I think it’s going to be a good tournament.”

Speculations aside, the fact is that on a quality fishery like Rayburn, you never really know what to expect when your next cast could yield a 10-pounder. While practice was tough, things are looking up for a solid start to the 2020 Tackle Warehouse Pro Circuit season. And come weigh-in at 3 p.m. CT on Thursday, we’ll see just how good it’ll be.