The nuts and bolts of the Alabama pro’s flipping arsenal 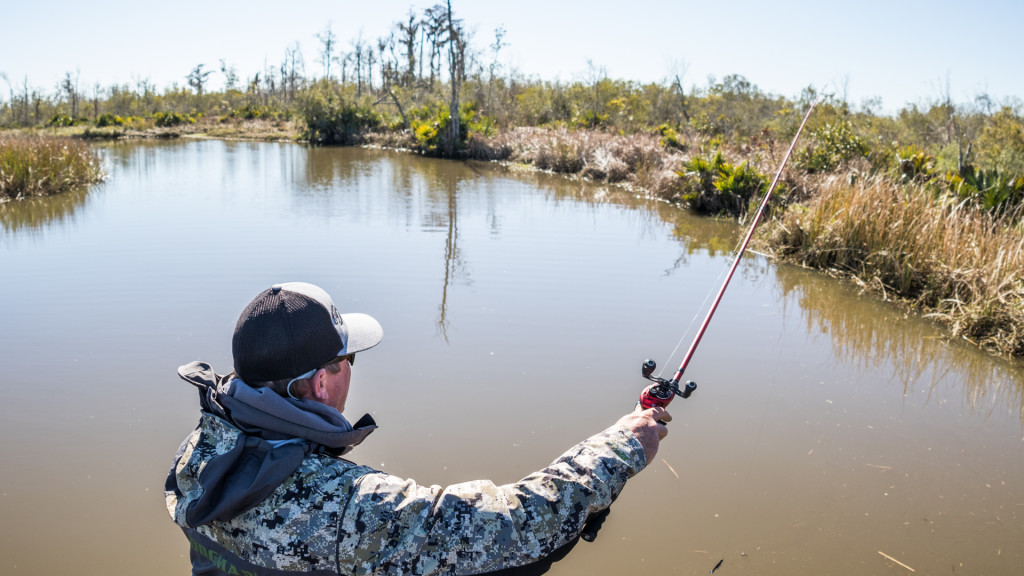 After growing up on the Tensaw River in Alabama and spending much of his early fishing career in Florida, Tackle Warehouse Pro Circuit pro Bradley Dortch naturally has a very good handle on flipping. Especially around matted cover, Dortch is quick to put a big stick into action, and his preferences fit him perfectly. If you’re looking for a new flipping plan, or maybe just thinking about tweaking around the edges, his advice could be applicable to you. 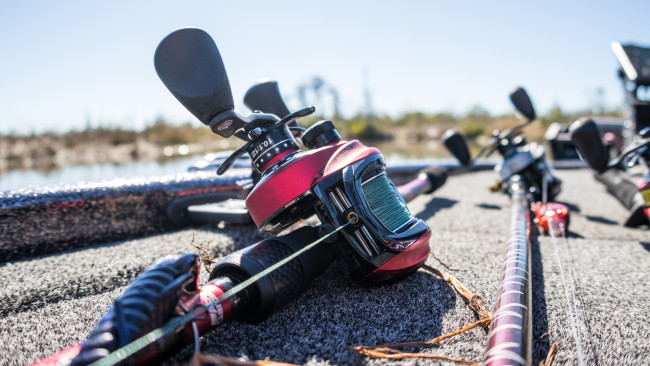 Dortch sticks with pretty basic tackle for flipping, though his reasoning for some of his choices is interesting. Dortch uses a 7-6, heavy-power Abu Garcia Veracity rod paired with an Abu Garcia Revo Rocket (which has a 10.1:1 gear ratio), and 50- or 65-pound-test Berkley X9 Braided Line. He uses weights anywhere from 1/2 to 2 ounces, and his hook is always a snelled 3/0 or 4/0 Berkley Fusion19 straight shank.

As you’d expect, Dortch has developed his tackle preference over time. There was a time when he tried flipping with longer and heavier rods, but eventually he gravitated to his current system. In part because of his height (or lack thereof; he says he's 5-10), Dortch likes the 7-6 rod, but if he’s fishing lighter cover or in tight quarters, he’s not opposed to dropping down to a 7-4.

One recent addition to his system is the Revo Rocket and it’s blazing 10.1:1 gear ratio.

“I love the Rocket,” says Dortch. “If you get caught with your pants down you can catch up. A lot of times when you’re fishing, especially flipping shallow cover, the fish don’t sit under there. As soon as they bite it they’re leaving. With the Rocket you can catch up to them a lot better.”

Flipping fairly light mats or moderate grass is pretty easy, but thicker mats can make tackle selection a little trickier. Dortch would prefer not to use a 2-ounce weight, but sometimes he needs to.

“It seems like whenever you get above an ounce the hookup ratio goes down. If you can get an ounce to go through, that’s the deal. One thing you can do is go to lighter braid. Thicker braid doesn’t go through the mats as well. Sometimes, in Florida, when it is really thick, I will go to 50-pound, and it goes through just a tick better.” 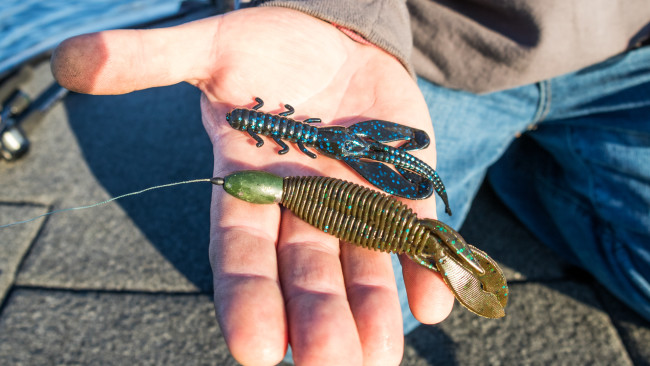 “When it’s cold – let’s say the water is mid-50s and below – I prefer a bait that doesn’t have a lot of action or a lot of kick,” says Dortch. “When the water gets to 55 degrees and on up, I prefer something like that Rocket Craw, where the legs are constantly moving. If you look at other bait in the water, it moves a lot more when it’s warmer.”

Dortch is a simple man when it comes to color selection.

“If visibility is a foot or less, I pretty much go with black and blue, black, black with red flake, or black and orange or brown,” he says. “If the visibility is more than a foot, I try to stick more natural, like green pumpkin and watermelon. If the sun is out, I like flipping something with flake in it. If it’s overcast, I like flipping more of a laminate or black flake, not something shiny and sparkly.”

Whatever he’s flipping, he stays ready. Dortch will come back time and again for the “bump” under a mat or the rustle of reeds before a bite.