Soft plastics got it done for both spotted bass and largemouth 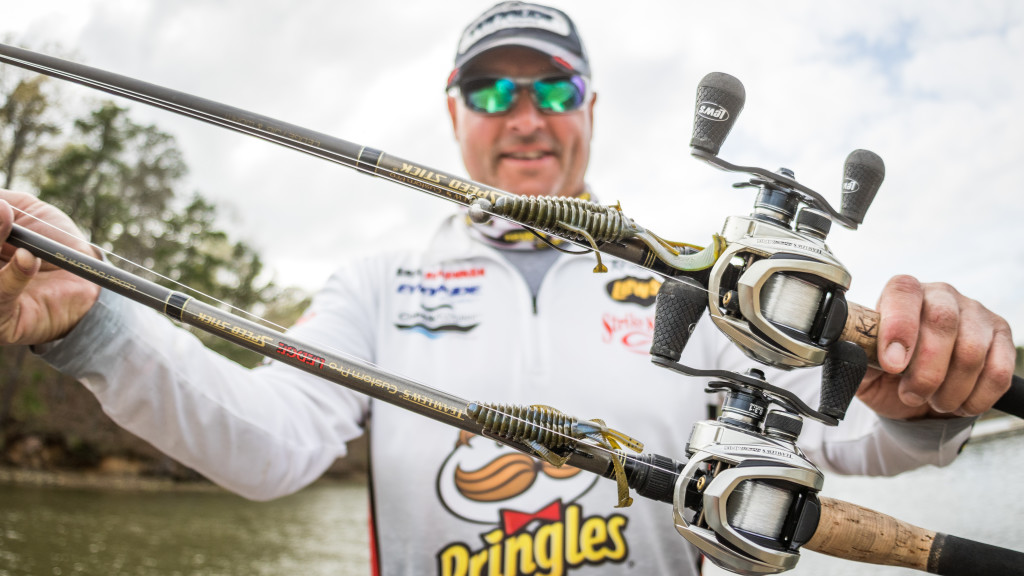 Bites were easy to come by at Lake Martin. It was getting the quality bites that separated the field.

Yet, how a pro got those quality bites varied, as there was no predominant pattern. Some guys targeted largemouth. Others, just spotted bass. Some a mix.

As you’ll see from the lures that helped the top 10 anglers, there were no shortage of ways to catch fish this week. 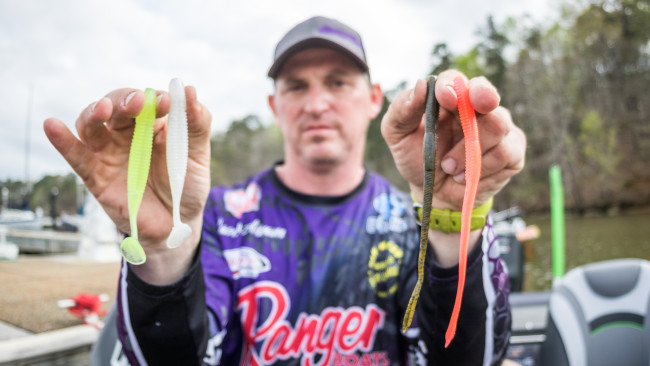 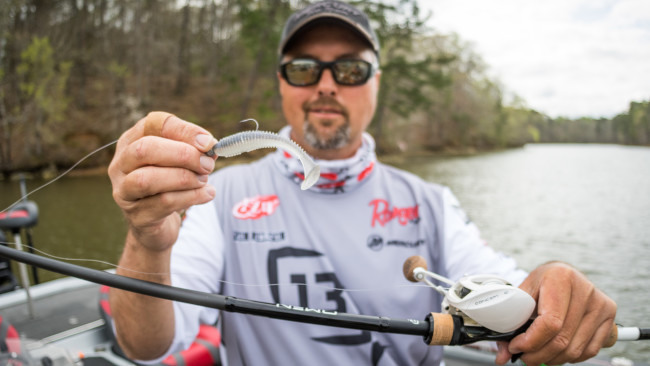 2. Whether he was sight-fishing or just casting around, Ron Nelson did the majority of his damage with a Keitech Swing Impact FAT (various shad colors), using both weedless and regular 1/4-ounce heads. 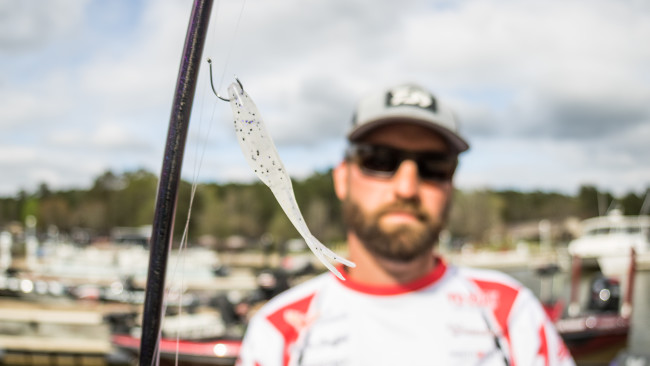 3. While most pros fished shallow, Spencer Shuffield targeted suspended spotted bass he saw on his electronics. As soon as he saw one, he’d pitch out a drop-shot with a Zoom Super Fluke Jr. (disco green). 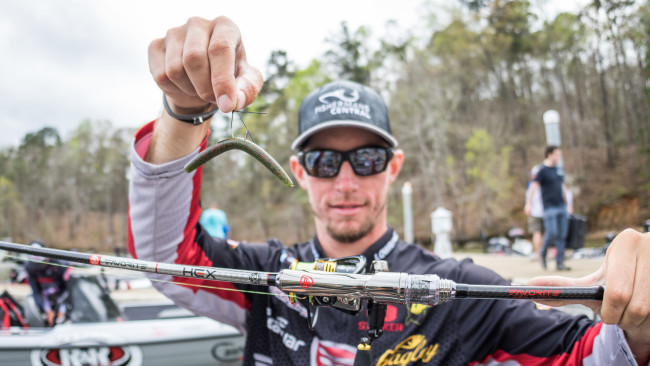 4. Matt Becker was all in on sight-fishing, but with the water dropping so much, it had the fish finicky. Hence, he cycled through shaky heads, drop-shots, tubes and more to get bites. Though, he did the bulk of his damage on a wacky-rigged Yamamoto Senko. He threw it on a Favorite Hex spinning rod. 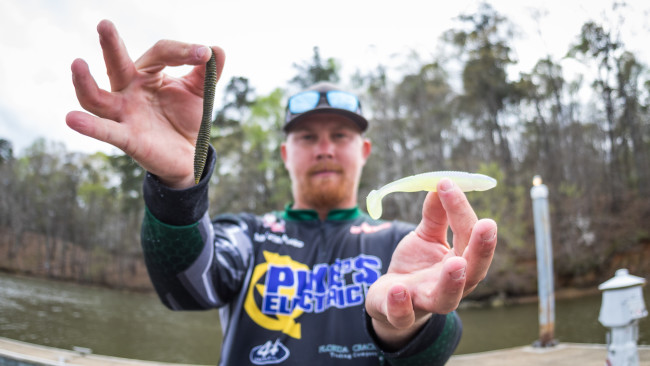 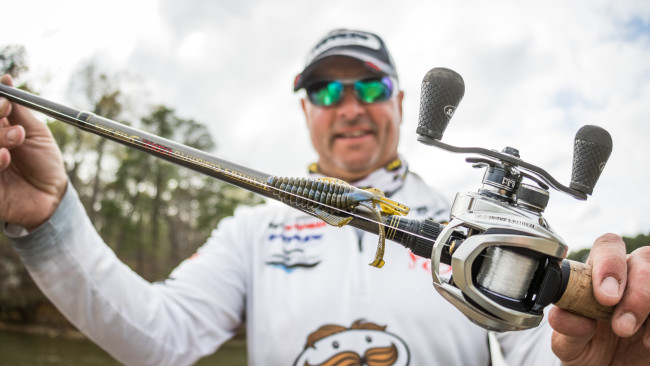 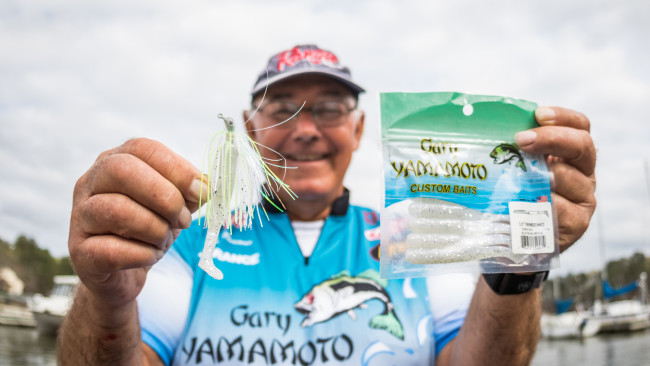 7. No surprise here. Tom Monsoor did what he always does; tossing around his homemade swim jig (white and chartreuse) with a Yamamoto Swim Senko trailer (blue pearl sv flake). 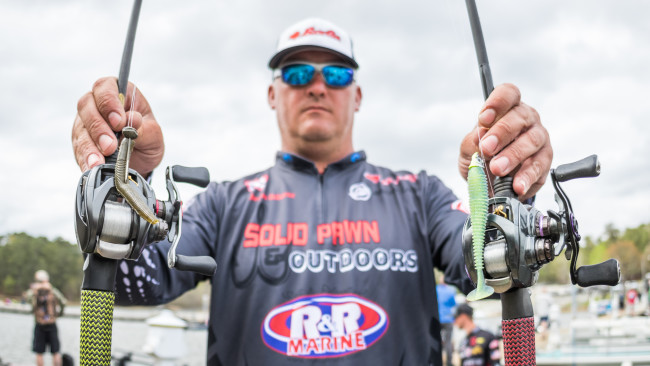 8. Maybe the only pro to solely weigh in spotted bass all week, Jordan Osborne did so fishing offshore shoals with a unique version of the Ned rig, which entailed cutting off two inches of a Gambler Fat Ace (green pumpkin) and putting it on a 1/4-ounce Picasso Shakedown head, which he said came through the chunk rock and stumps better. 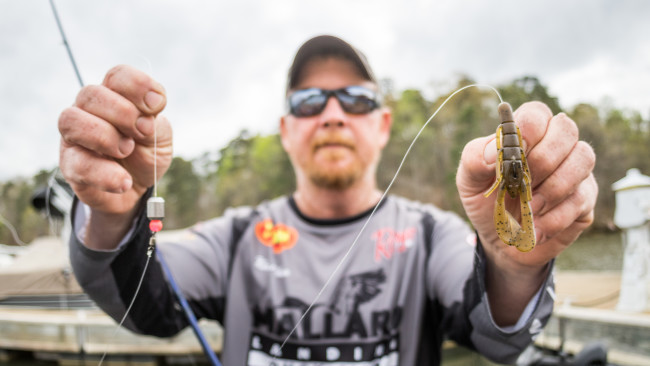 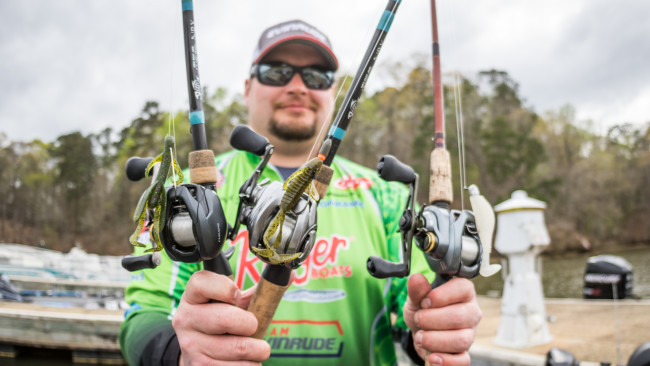 10. Derrick Snavely went with a dual-species pattern and had more than a dozen rods rigged up. Mostly, he tempted bedding largemouth with a V&M J-Bug (green pumpkin) before going after offshore spotted bass. Out deep, he threw a V&M prototype swimbait and a Carolina-rigged V&M Swamp Hog.