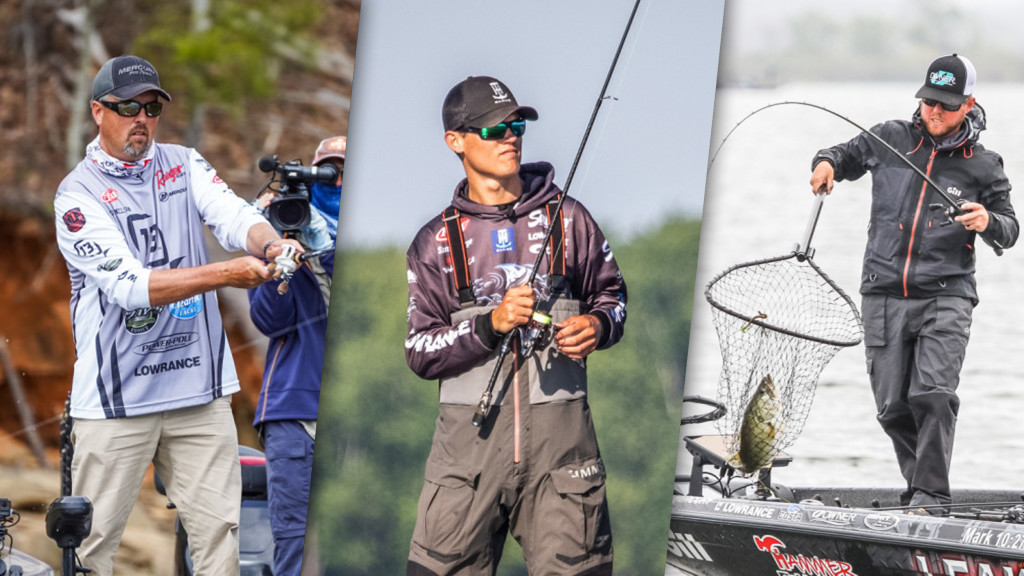 When the 2020 Tackle Warehouse Pro Circuit season picks back up, it will be with a new schedule, some new anglers and a lot more money in the pot than originally planned. The Pro Circuit is now heading to Lake Chickamauga in June, the Mississippi River at the end of July and the Detroit River in August. Additionally, FLW extended invitations to Major League Fishing’s pro anglers to join the Tackle Warehouse Pro Circuit for the final three events, creating the first-ever Pro Circuit “Super Tournaments.” Thanks to the extra entry fees and additional investment from FLW, the remaining events will feature higher payouts – depending on field size, the top 50 percent of anglers could earn $10,000. FLW Live is also going to broadcast from the water for all four days of each tournament, rather than only the final two days.

You can read the full details about the Super Tournaments here.

We caught up with some notable Pro Circuit anglers to get their assessment of the unprecedented changes. 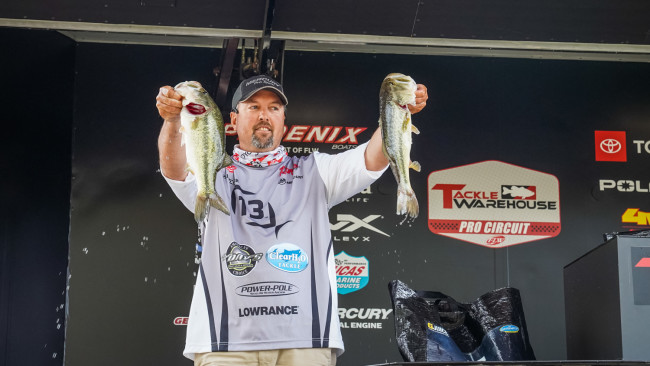 “This whole year has been upside down and changed, but I’m looking forward to having a positive rest of the season. There’s a lot of bad stuff in this country people are dealing with, and we’re trying to go fishing and have fun and make a living.

“I’m excited to go fish La Crosse. I’ve never fished there before. And I’m excited to see some of those guys come back. I hope to see [Bryan] Thrift again. I enjoy talking to him. We all like consistency; we don’t like things to change, but I’m glad to be able to go fishing the rest of the season. I can’t imagine the hours the staff has put in, constantly trying to change venues. Us fishermen, we’ve got it easy compared to the people behind the scenes now.

“I’ve been super blessed to be in the position I’m at, and I’m excited to get back fishing again. It’ll shake things up, and I’m not complaining about it at all. My mindset is to always be positive, because positive thinking breeds positive results.” 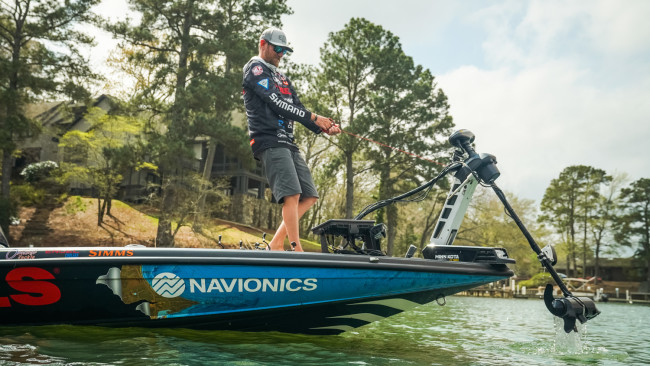 “I like it. I have no problems with it at all. For me, I root for all the organizations. What matters to me is fishing against the best caliber of anglers that I can. Some of these guys, I’ve fished against them many times. Others, I probably won’t have. So, I’m excited to see that caliber of fishing, and I think it’s a way of turning lemons into lemonade. It’s unprecedented what has happened to other sports. The whole world got beat up by this. We’re fortunate that we’re still going to be able to fish this year.

“I’m a big fan of FLW. In my opinion, FLW has pumped out at least 80 percent of the best fishermen in the world, and guys have left over the last 10 years, and FLW keeps pumping them out. I think FLW is the stage that can teach you how to be the best angler possible, and we have such a high caliber of angler already. It’s exciting for me to fish against these guys. I just look at it as opportunity. That’s what I live for. My dreams are to beat the best, and the more money that’s in the pot and the better the anglers are, that’s great.

“It’s potentially a shot of adrenalin that we needed, and it’s going to be nice to see some old faces I haven’t seen in a while.” 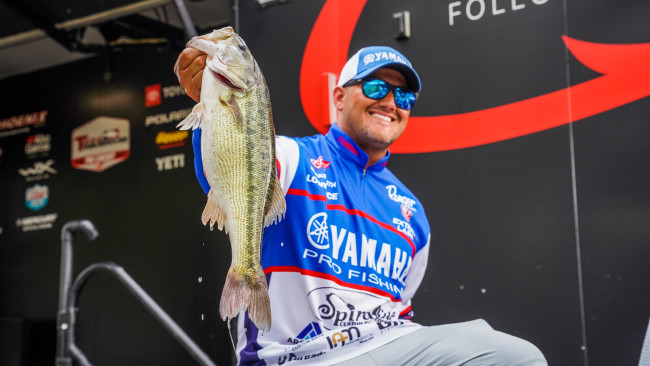 “I think it’s a win-win. It’s giving us a chance to fish against some guys we haven’t fished against in years, and they’re paying the same [entry fees]. I hope a lot of them do decide to come.

“It’s a chance for us to keep fishing, and we’re gonna bring in some great talent. And, I’m excited to fish for more money. We’ve never had the ability to fish for this type of money in the regular season before.

“As far as the schedule goes, I’ve never been a big fan of Chick, but I like the opportunity to get to go fish, and I love the other locations.” 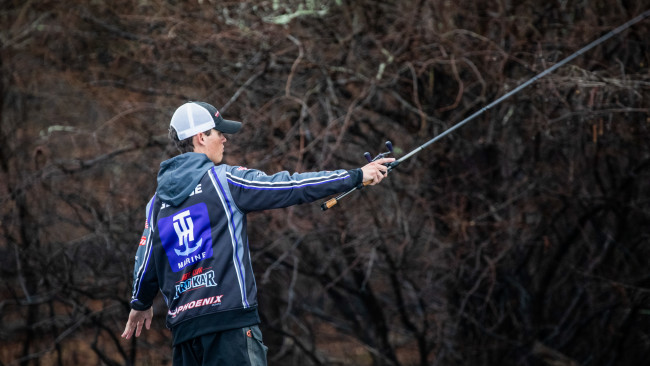 “I really like it. It’s an odd time for everybody, and I think the main priority is to give everybody an opportunity to compete and make a living bass fishing. So, we’ve had to change to make that possible. It’s a really weird time, but I think it’s been handled probably the best way possible.

“I’m really looking forward to it. I’m excited. I really like the schedule. I like it 10 times better than the original one. Those venues will cater to the larger field, and those times of year on those venues will be great. I think it’s one of the best schedules possible for this situation.” 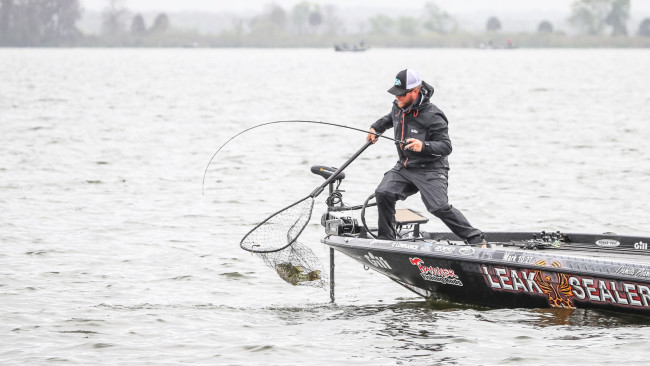 “Man, I’m excited about it. Regardless, I’m just glad to be going fishing, and it seems at this point that it’s pretty optimistic that it’s going to actually happen. So, I’m thankful for the opportunity to go back to work.

“For the Super Tournaments, it’s great. The payouts are higher, there’s more exposure and I’ve been wanting to fish against these guys my whole Life. I like competing against the best. I want to be in the same lineup as Thrift and [David] Dudley when I go to work. So, I’m excited about the opportunity.

“I’m trying to make a living fishing, so I don’t really pay attention to who I’m fishing against, but whoever wins one of these tournaments, it’s going to be a huge deal.” 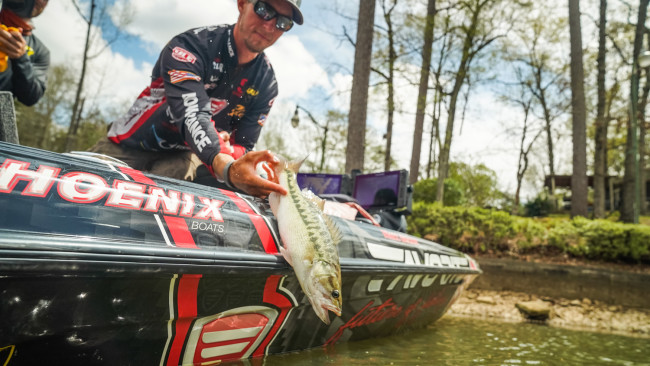 “To me, it’s all about making money, so they’re adding a whole bunch of money to the payout. I like that. And I like the schedule. I wasn’t mad about the tournament at the Detroit River moving later in the year. In June, it is a lot easier for people to show up and catch them. It should be more specific in August, and the local advantage could be more of a factor. And we’re getting rid of Dardanelle for a Northern river, so that sounds good to me.

“It’s certainly going to be cool to fish against guys I’ve watched my entire life and see where I stand against them. Whether it’s good or bad, it’s gonna be cool to launch the boat against the VanDams of the world.”