It’s All Wheeler on Chickamauga 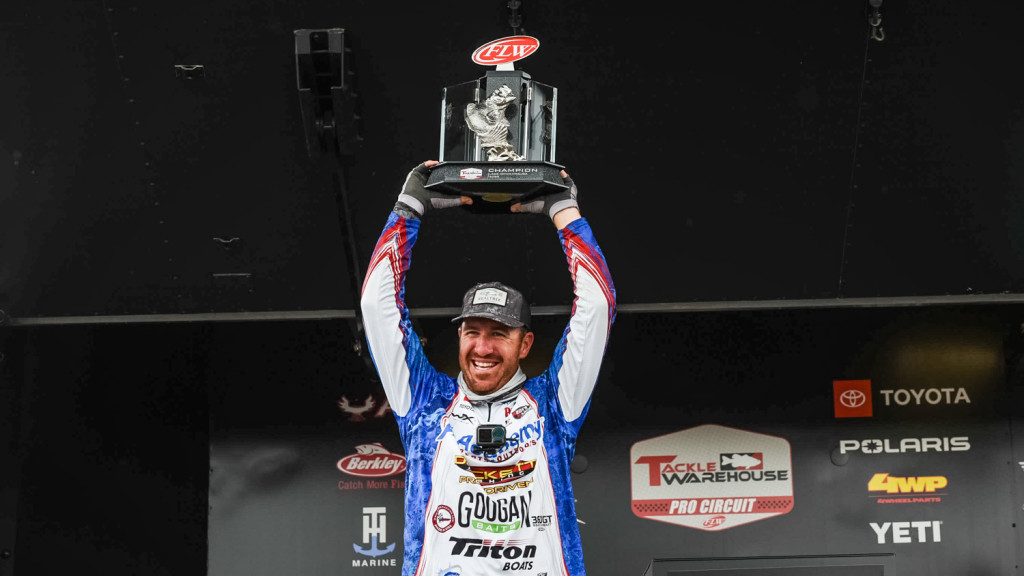 A day ago, the question was if anyone could catch Jacob Wheeler. It was meant in terms of chasing him down on the final day of the Tackle Warehouse Pro Circuit Super Tournament on Lake Chickamauga, but ask the same question today and the context is completely different.

Now, people are asking if anyone can chase him down for the title of best angler in the sport right now. Because, without a doubt, Wheeler is the No. 1 angler in tournament bass fishing.

Wheeler had won five events since the start of 2019, and today, he capped off his sixth major victory in resounding fashion, besting one of the largest and most talent-laden fields in the sport’s history. His 21-6 bag on day four gave Wheeler 93 pounds, 12 ounces for the event, which was more than 11 pounds better than the next closest competitor.

“Man, this is crazy,” says Wheeler. “I had a lot of emotion running into today. I started tearing up, you know, because … it means a lot.”

Fishing his home waters and his first FLW Pro Circuit event since 2016, Wheeler admitted that coming into this week, he had a lot of pressure on him. He says he put more time in on the water practicing for it that any event before, and the results speak for themselves.

While many pros focused solely shallow or deep, Wheeler was constantly adapting and switching between the two over the course of the event. He figures he hit more than 50 different spots throughout the tournament and caught fish on eight different lures. Yet, what truly set him apart from the rest of the 200-plus field of anglers was seemingly making the right call to catch the right fish time and again.

Today may have been the epitome of that. 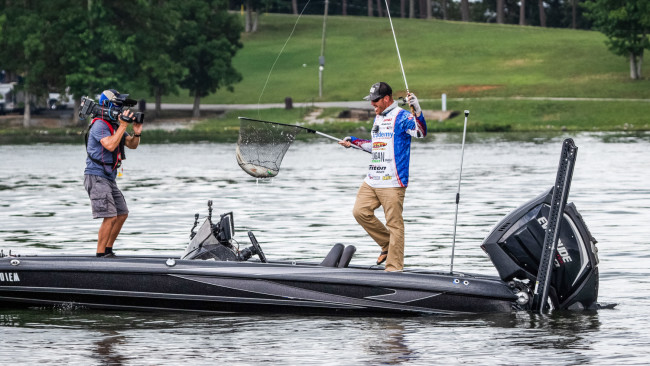 A two-hour fog delay threw a wrench in just about everyone’s plans, including Wheeler’s. Not only was there less time to fish, but it also meant his timing and rotation of different spots – one of the biggest keys to his success, he says – was now entirely thrown off.

“I had a game plan, and I felt really confident about it,” admits Wheeler. “This morning really messed that rotation up because I couldn’t do what I wanted to do. I had to run to stuff a little bit too early; kind of push it a little.

“I knew I had to be patient. Things on the Tennessee River, they develop throughout the day, and you have to let the fish set up before you go over there and catch them.”

That patience paid off at around 1:30 p.m. Sitting on a limit in the mid-teens, Wheeler revisited one of the three spots that was a major player for him this week; the same spot he caught his 10-pounder from on day three.

A quick idle over it showed him exactly what he wanted see.

The first two he caught culled him up a little. The third one was a “dodo” 8-pounder that sealed the victory. 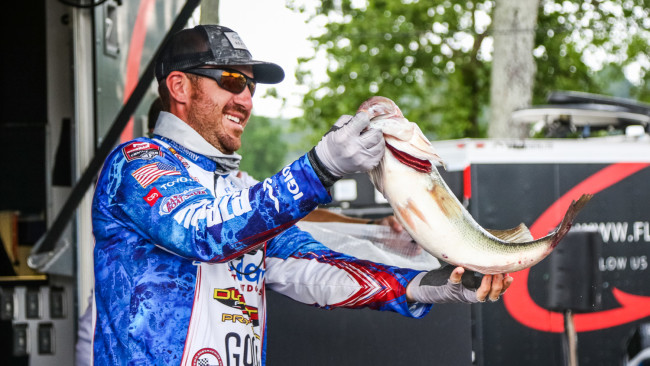 The DT20 and a big shad-colored Rapala DT16 were definitely two of his main lures, along with the worm, a 5/8-ounce white hair jig, a scrounger with a soft-plastic jerkbait trailer and a jig.

The open-mindedness also played into where Wheeler fished.

“Each place was so unique,” he says. “They’re completely different. It’s not like it was a pattern. It was just finding places that were a little bit less obvious was really what it came down to. Those fish weren’t as pressured and easier to get to bite. That was my game plan the whole week.”

It was a game plan that couldn’t have worked out better, as Wheeler once again held up a big check and a trophy. Though, this one, he says, is pretty special.

“I started with FLW,” says Wheeler. “I wouldn’t be here without FLW. It means a lot. Not only to win here at Chickamauga, but also this event, with this field, with so many people from FLW that watched me grow up … that’s what means the most.”