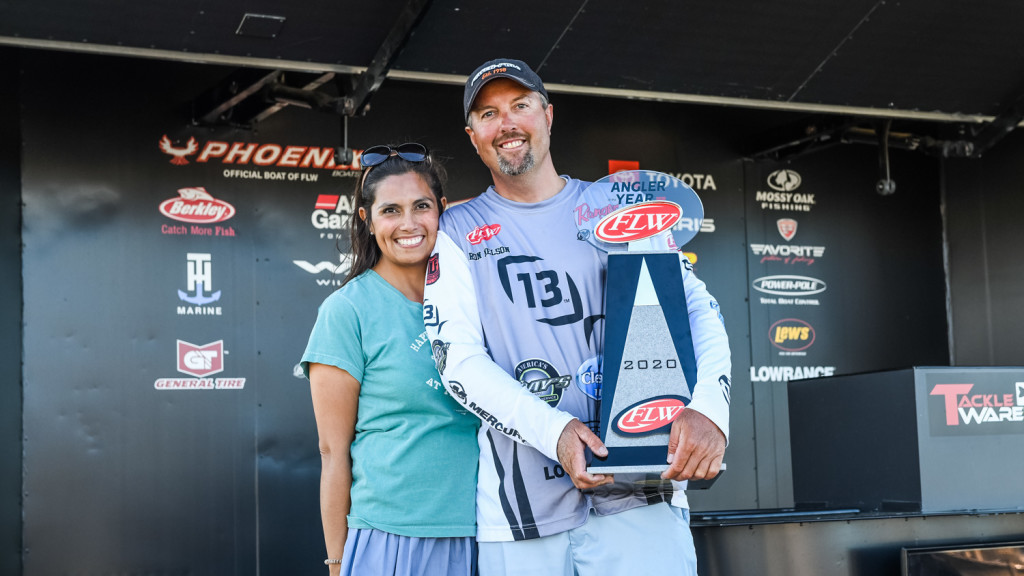 Winning the Tackle Warehouse Pro Circuit Angler of the Year title is no mean feat, but Ron Nelson made it look easy this year. Finishing 11th or better in the first three events at Sam Rayburn, the Harris Chain and Lake Martin, the Michigan pro kept it rolling in the second phase of the season when the Super Tournaments started. At Chickamauga he made the cut and finished 41st, then finished 12th at the Mississippi River and locked up the title by making the top 50 (currently in 18th place) at Lake Erie. For his win, Nelson will get his 2021 Pro Circuit entry fees paid, as well as a nice piece of hardware for his mantle.

Nelson has an unimpeachable record, having won the Polaris Rookie of the Year title in his first year as a pro and owning three Toyota FLW Series wins. Now, with the AOY win under his belt, he’s cemented himself as one of the hottest and best anglers in the country, but he’s not going to be taking a break anytime soon.

“I feel like it hasn’t sunk in yet,” says Nelson. “When I caught that 6-pounder today, I felt like the burden was off my chest, but the best feeling of the day was when I checked my boat number in. I probably won’t be able to think about it or embrace the moment until this tournament is over, I’m already thinking about tomorrow. I’m still in game mode, I’m wore out, but I’m thinking about tying things on and getting ready for tomorrow.”

For Nelson, a couple moments stand out as marking posts along his career path. One happened just days ago when he broke down on day three at the Mississippi River, effectively costing himself a chance to win his first Pro Circuit event. Another happened the first day of his pro career in 2019, when Nelson weighed zero bass on day one at Sam Rayburn.

“Last year I had two goals in mind: I wanted to be in contention for Angler of the Year and I wanted to be in contention for Rookie of the Year,” says Nelson, thinking back to Sam Rayburn. “I’m usually really levelheaded out there, but after some mechanical issues the first day, I hit the panic button. I had the easiest fish to catch, and I just messed up. I went back out next day and caught ‘em, but I knew Angler of the Year was gone.

“I was determined to work hard, regardless of that first day of the tournament, and at the end of the year, I had missed opportunities, but it worked out. I always say the good Lord provides what you need, not what you want, and it worked out.”

This year, things worked out more often than not, and Nelson went into the last event at Erie with a big lead. Running all the way to the mouth of the Detroit River each day, Nelson managed mixed bags to make his way into the top 50 and close down the AOY title.

“It’s absolutely my biggest title to date,” says Nelson. “But, there’s something special about winning Rookie of the Year. You truly only have one chance to win that title, and it got the momentum going under me a little bit. This will light a fire under my tail even more, so I’m gonna want another one. All you can ask is to be in contention for anything, this year was a year of challenges, with all the changes and scheduling. This year, I felt like I did my job, and the good Lord blessed me to stay consistent.” 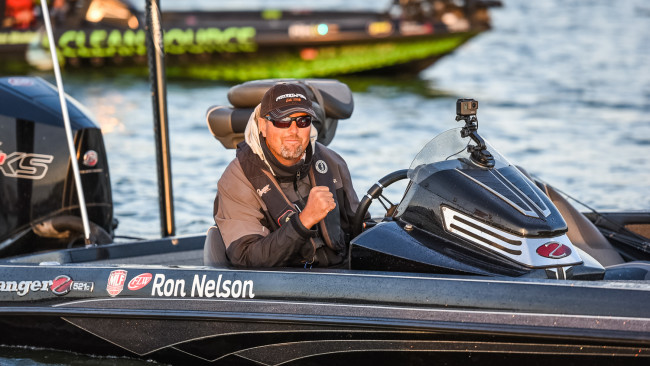 Though he’s got a Michigan address, Nelson stands out as extraordinarily consistent across the country. That, plus his strong suits of smallmouth and sight-fishing have kept him in rarified air and have fellow pros throwing around some big-time comparisons. Jon Canada pushed Nelson for the title for much of the year, and he knows just how special a talent he is.

“I can only imagine the amount of pressure that’s on him to just keep doing it, and he just keeps doing it,” says Canada. “Everybody laughs about how good Bryan Thrift is, but if he keeps doing what he’s doing, he’ll probably be the next Thrift. He’s got that kind of potential. The way he reads the water, he picks up on the most minute, tiny things that most people don’t even think about.”

Nelson also has a deserved rep as one of the best people around, and Canada, who has roomed with him on and off over the years, is again happy to back that up.

“We met three years ago at an event down south,” says Canada. “I knew, even in the first couple days I stayed with him, he does things the right way. He gets up and reads his bible every day, you don’t find a lot of people that do what he does. I used it think ‘Oh, it’s a show,’ but it’s the real deal. The way he carries himself, on and off the water, he’s the nicest guy you could ever meet.”

When he and his wife, Karla, hoisted the trophy together on stage, Nelson had plenty of competitors cheering him on. But, he’s not done yet, day three and perhaps day four beckon, and after Erie, he’s headed to Michigan for the Tackle Warehouse Pro Circuit TITLE presented by Toyota on Sturgeon Bay.

“I’m excited,” says Nelson of the coming smallmouth smashfest. “I’ve got a little tennis elbow that I need to get healed up, because I’ll be having to grab a lot of fish. The new format will be fun, it’ll be different, but I’m really looking forward to it.”