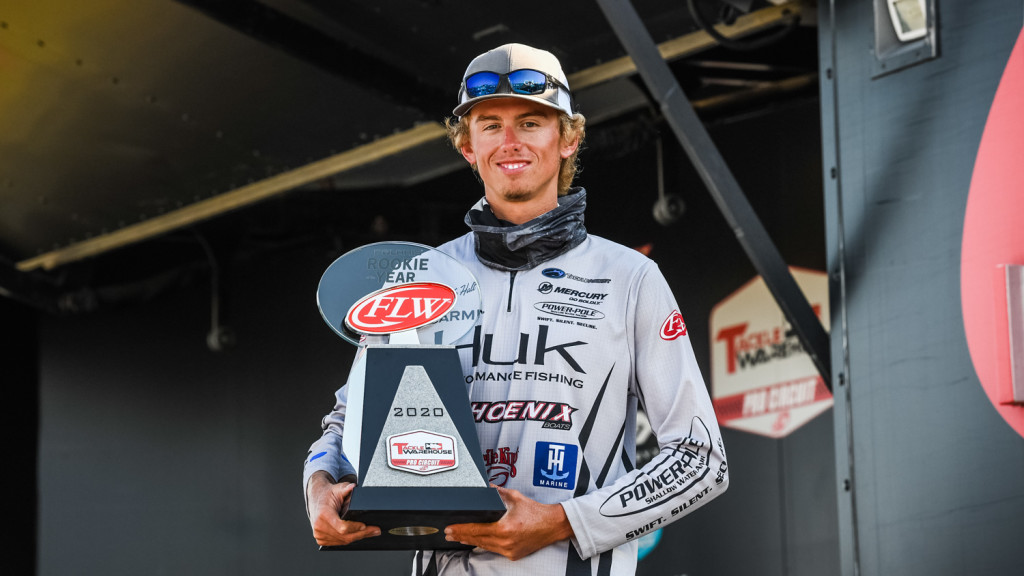 Kyle Hall entered the 2020 Tackle Warehouse Pro Circuit season with 28 other rookies looking to set the tone for their future in professional bass fishing. While Hall wasn’t necessarily keen on trying to win the Polaris Rookie of the Year title, making four straight day-three (or better) cuts to end the season helped earn the Granbury, Texas rookie the top honor, along with a Polaris Ranger 1000. Not a bad tone to set for a 23-year-old.

After his first event of the season on Sam Rayburn, Hall wasn’t sure he’d even make the championship, let alone have a chance at ROY.

“Honestly, after that tournament, I didn’t know if I could fish against these guys,” Hall says of his 142nd-place finish at Rayburn. “But then I made a cut, then I made a few more cuts and then after Chickamauga I was like, ‘Oh gosh, this is doable.’” 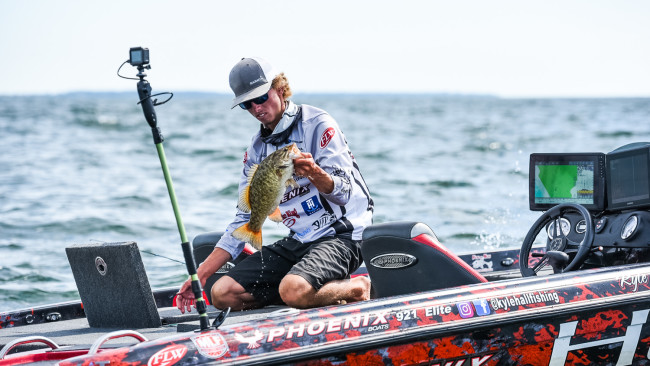 Stubbing his toe out the gate may have dug a hole, but he was determined to climb out of it. Hall bounced back at the Harris Chain, where he’d finish 45th and cash his first big check on the Pro Circuit. Then, he’d finish 12th at Martin and 42nd at Chickamauga. Just a few weeks ago, Hall made a top 10 on the Mississippi River and that really helped him focus in on the ROY title.

Being from Texas, you wouldn’t peg Hall as a smallmouth expert. However, his first big break in his career came back in 2018 when he won a Toyota Series event at the 1000 Islands against a field of some of the best smallmouth anglers in the country. Leading up to that event, he and buddy Dakota Ebare basically lived on the smallmouth Mecca for a month, learning everything they could about chasing brown. So, it’s no surprise that his newest milestone came with the help of some Great Lakes bronze.

By taking the ROY title on Lake Erie this week, Hall also accomplished his primary goal for the season – qualifying for the Tackle Warehouse Pro Circuit TITLE presented by Toyota. Also finished 10th in the Angler of the Year race, which only helps further cement the thought that he can fish at the highest level.

“Now, I truly believe I can fish against these guys and compete. I mean there’s a bunch of MLF guys with us now and they’re good. There’s some good sticks in this thing.