MIDDAY UPDATE: The Bite is Percolating on Smith Lake 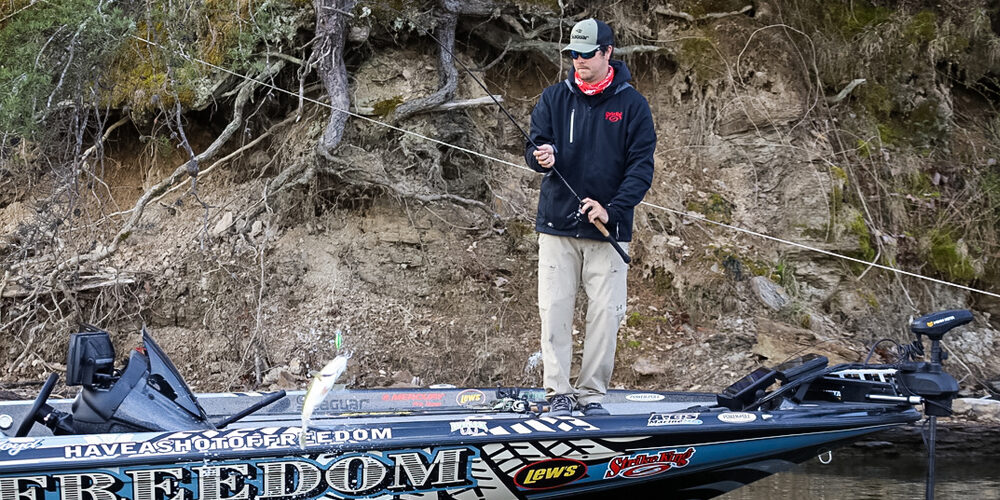 CULLMAN, Ala. – The word that best describes the fishing conditions on Smith Lake for the third day of the Tackle Warehouse Pro Circuit tournament is “percolating.”

Not that fishing has been tough on Saturday – a strong morning bite propelled a small handful of anglers like Cole Floyd into the 11- to 12-pound range in virtually no time – but you get the feeling that the kettle is about to blow.

Just past the midway point of the cut to 10, here’s what we know (and what we suspect will happen by the time weigh-in starts at 4 p.m.):

As of the noon hour, Floyd was on his trolling motor, looking for fish and making occasional flips when the mood strikes him. Cox, on the other hand, has continued to actively poke away at largemouth that seem just willing enough to bite a little … but not quite enough for the Florida pro to get above the 8-pound mark for the better part of the day.

And literally as soon as I say that, Cox added his fifth fish to add a little cushion between himself and Kyle Cortiana in second. Cox spent the better part of the past 45 minutes dabbling with one particular fish that stripped his bait multiple times with no hookup before connecting with No. 5 on the day.

Spotted Bass Stalled a Little: With the notable exception of Cortiana, who currently sits in second with 15-0 on the day after boosting his limit with an estimated 5-pound spot just after 12:30 p.m. CT, the spotted bass specialists are laboring today. MLF photographer Rob Newell observed this morning that the lower end of Smith was especially stingy to anglers like Kerry Milner and Dylan Hays, reporting “not a whisper of wind all day down toward the dam.”

Cortiana is definitely onto something, though: that 5-pounder culled a 1 ¼-pounder, and he boosted his five-fish total again with a 2 ¾-pounder shortly thereafter.

Moves Being Made: The movement on the unofficial leaderboard has heated up noticeably in the past 30 minutes, with Tai Au and Justin Cooper climbing into the Top 10.

Packed up on the cut line: The battle around that number 10 spot is about to get REAL real, and it’s going to come down to completing the most basic goal of fishing: catch a fish or two.

Just shy of 1 p.m. CT, five of the seven anglers unofficially holding down spots seven through 13 have caught only two to three keepers apiece.

Live stream details: You can continue to watch the live action on the MLF NOW! live stream, which will continue until the live weigh-in stream begins at 4 p.m. CT.