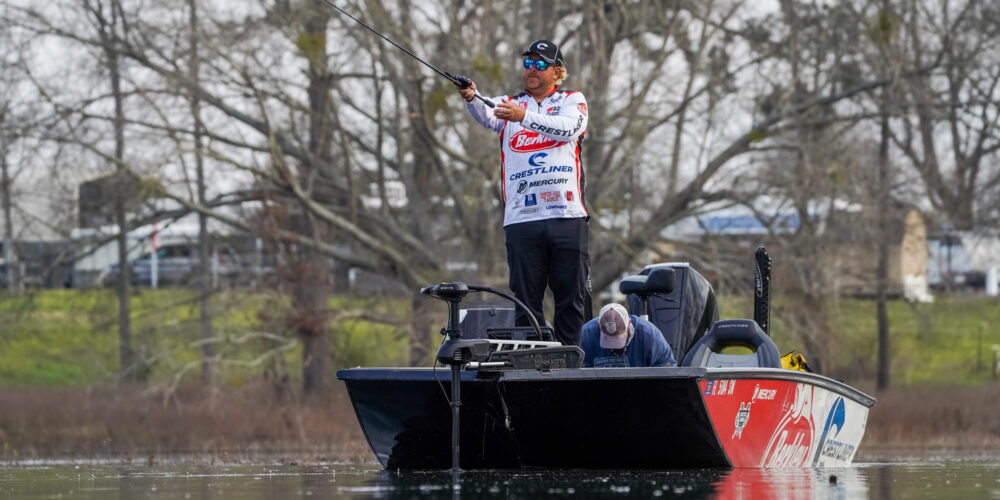 CULLMAN, Ala. – It’s the final day of the Tackle Warehouse Pro Circuit on Smith Lake in Alabama, and today fishing fans will be watching to see if tournament leader John Cox can capture a win on a lake that has been his nemesis for nearly a decade. Every time Cox fishes Smith, he lines up a largemouth game plan that carries him into the finals but leaves him short of victory lane.

Will Cox finally get redemption at Smith? The pressure is on him this morning.

The Other Side of Forward

For over a year now, forward-facing sonar has looked like the magic bullet of bass fishing. There are now countless hours of professional fishing footage that show pros casting to fish on their screens and catching them seemingly at will. All along, the savviest of pros who rely on this technology the most have warned of its caveat: just because you can see fish on the screen doesn’t mean you can catch the fish on the screen.

The pitfall of repeated fish that chase a lure but won’t commit to eating it were well documented this week. On many occasions, pros got sucked into the empty promises on their screens. Granted, a lot of fish were caught on forward-facing sonar, but for every one that bit, dozens more followed lures with no pay off.

Either way, it’s entertaining to see how pros make decisions with this new lethal technology.

What forward-facing sonar did do at Smith was show just how many fish – especially spotted bass – follow lures on every cast. Just three years ago, anglers had no idea just how many fish get behind lures and follow them for reasons no one really knows.

“Are they smelling it? Are they rubbing on it? Are they racing it? Are they really THAT smart?” pros would ask their screens as they watched fish cat-and-mouse their lures. Where things get interesting is watching how pros go through rotations of lures to see what finally trips the fish’s trigger.

Western anglers have always enjoyed a great deal of success on Smith Lake in Alabama. Western pros like Brent Ehrler, Michael Bennett and Charlie Weyer have taken wins from this lake due to its inherent similarities to deep, clear impoundment in the west.

This week, Tai Au has been the latest western pro to feel right at home fishing over depths of 60 to 90 feet for suspended spots in Smith. Watching Au work large glide baits like a River2Sea S-Waver and a Deps Slide Swimmer 175 to tease big spots into biting is a heck of an education. Be on the lookout for some of those unique techniques from Au today.