MORNING RESET: Championship Round Should Be a Slugfest 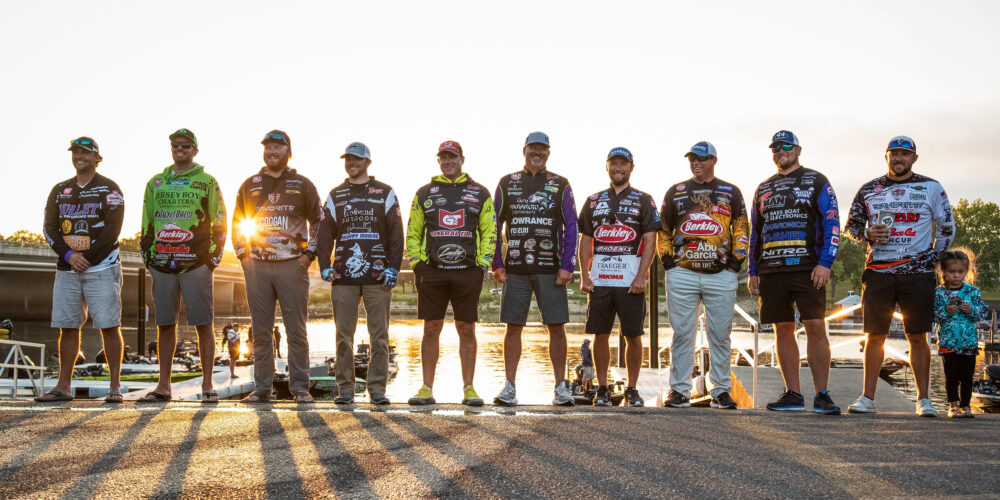 LA CROSSE, Wis. – The fishing isn’t really supposed to get better as a tournament goes on, but right now, it seems like the Mississippi River is giving up more and bigger bass by the day for the pros in the Tackle Warehouse TITLE Presented by Mercury. Today’s Championship Round is set to be a barn burner – the Knockout Round produced five bags over 14 pounds – the pros who caught them, plus big hitters Adrian Avena and Miles Burghoff take to the water today for what should be an epic shootout.

So far, the results say you can catch a Mississippi River bass about however you want this week. Though it’s not always easy, we’ve seen vibrating jigs, flipping baits, walking topwaters, drop-shots, jigs and frogs all produce big bites. So, to say any one pattern is a shoo-in to win would be a bit foolhardy. Sure, Mitch Crane has a fire frog bite going, and Avena and Joshua Weaver have been putting the screws to schoolers, but the main question of the day is about the ceiling. Will it take 15 pounds to win? Will it take 16 or 17?

Eliminated early, Dakota Ebare figures that 16 pounds will win. Local hammer Cade Laufenberg says 16 pounds is the number to hit as well. The pros actually fishing seem to think it’ll be a bit less, but conservative estimates often come with the territory when you’re talking about pro fishing.

The winner in Group A, Burghoff reckons on 15 or better to win.

“You don’t know what kind of strategizing there’s been,” he said. “I think to start getting into the range where you have a shot you need 14 ½. I think I might start to feel comfortable with 15 ½.”

The last man in, Jimmy Reese is also shooting for 15 pounds.

“It’s gonna take 15 pounds, it is,” Reese predicted. “I had a school of fish come through my area, 25 or 30 bass, absolutely destroying this weed mat and all the bait that was there. They looked like tuna, I was 50 yards away and couldn’t get there fast enough. If I can get those fish to eat, I’ll be the guy with 15 pounds.”

Weaver caught a pile of fish in the Knockout Round and looks like he could do damage in the Championship Round.

“The big ones are starting to come back up, I think it’s going to take 15 ½,” Weaver said. “If I caught anything over 15 I would be nervous coming in, so think it’ll take 15 ½ or 16. The weights are getting heavier every day.”

Of course, Crane says he really hasn’t touched his best stuff yet. If they’re there, or some other pros have a little extra in the tank, it could be quite something.

Featuring big-name pros like Lane and Skeet Reese as well as up and comers like Crane, Weaver and Jimmy Washam, there’s a broad spread of experience on hand in the final round of the TITLE. One thing they all have in common is tremendous skill with a fishing rod and a burning desire to win.

Without a win to his name yet, Weaver has worked his way up from the co-angler ranks to be on the precipice of a $235,000 payday.

“It’s just your normal weekend tournament,” Weaver said. “A one-day jackpot for $235,000. That’ll get you nervous just thinking about it. I wasn’t nervous all day today, I fished very clean, very open-minded. When I started idling in, I started thinking about it, and I let it get to me. I can’t let it get to me tomorrow, I’ve just gotta go fishing.

“I like my chances. Everybody is zeroed out, everybody has the same odds. I caught a bunch of fish today, I leaned on them pretty hard. But I’m fishing for schooling fish, they’re coming and going, so hopefully, I can catch some more. I went practicing a lot today, and I didn’t hit two of the places I’ve caught most of my weight Day 1 and Day 2. I can always go back to those, I didn’t catch many fish of them, but I’ve caught quality fish off those. If I get a big bite tomorrow, I’ll have a shot at winning.”

Washam caught two of the biggest fish of the tournament in the Knockout Round and says there’s more in the tank.

“I honestly believe I saw an 18-pound bag today,” Washam said. “I’m not saying I’ll catch them, but I’m looking forward to trying.”

Lane is no stranger to the big stage.

“When you’re fishing the Mississippi River and up by Goose Island like I am, there’s always an opportunity for anything,” Lane said. “I couldn’t be more excited. Just to be in the Top 10, that was the main goal. Weights zero, there’s no telling what could happen – it’s anybody’s game.”

Perhaps the most decorated angler in the final, Skeet Reese says he’d love to add to the trophy case.

“We compete to win,” Reese said. “To be able to win the TITLE Championship here, I’d be pretty stoked. That’s a trophy I’d never say no to.”