ROY UPDATE: Home Cooking Puts Hatfield and Hall Ahead for the Stretch Run 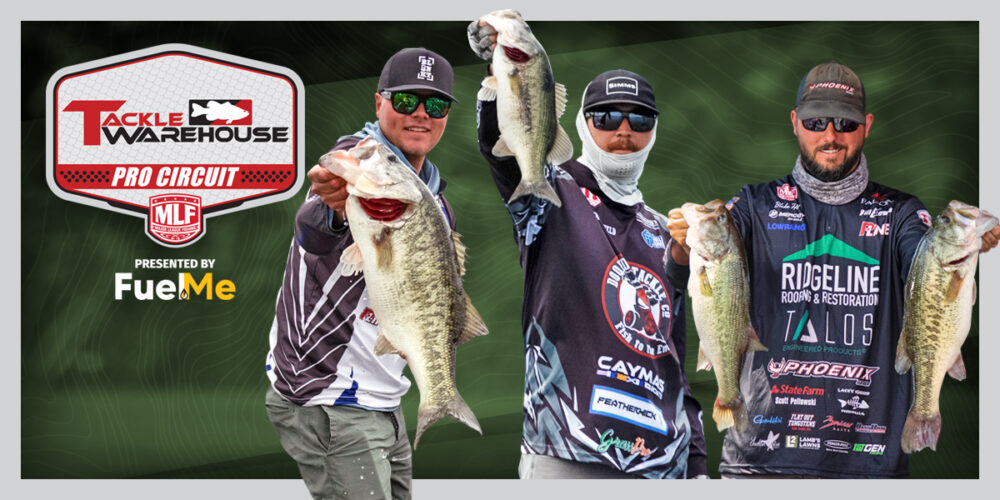 Coming into the year, quite a few Tackle Warehouse Pro Circuit Presented by Fuel Me pros had the two-event run on the Tennessee River circled on the calendar. For some, it was worrisome, as the Tennessee River is historically not an easy place for an out-of-towner, especially when the field is stocked with locals. For others, the two events on Pickwick and Guntersville offered a breath of fresh air and a chance to finally fish around familiar landmarks.

One local rookie, Mickey Beck, took full advantage, moving up 29 spots in the standings with a 61st-place finish at Pickwick and a 23rd-place showing and his first pro cut at Guntersville. Other rookies stumbled hard, and both Christian Greico and Phillip Dutra dropped more than 30 places after triple-digit finishes at G-Ville.

With two events left, the Polaris Rookie of the Year race looks to be between three young pros, none of whom really have a distinct advantage in the next two events at the James River and Lake Champlain.

1. Hatfield Uses Tennessee River Wiles to Move to the Top

Back-to-back Top-10 finishes will do a lot of good, and in the case of Nick Hatfield they moved him into the Top 10 in points, gave him the Rookie of the Year lead and earned him about $49,000.

One of the fun parts of Hatfield’s surge of success on Pickwick and Guntersville was that he didn’t do it on the ledges alone. En route, he got to showcase his versatility that has been on display since college, exploiting a shad spawn bite and offshore fish to earn points.

For Hatfield, the James River is likely one of the bigger challenges for him on the schedule. Though he has fished it before in a Bassmaster Open, and has some good Potomac experience, it can’t be considered a strong point for him. Then again, other than Martin Villa, there really isn’t a rookie with standout experience on the historic tidal fishery.

For the season finale on Champlain, you can probably count on Hatfield to stay strong, as he’s got a good bit of northern experience and a good finish in the 2021 Toyota Series event on the big border lake.

Moving up 20 places in the standings after Guntersville, Blake Hall is sitting at 16th overall in the points and looking good. Between the two, Hall and Hatfield are putting up nearly identical seasons, with bad Florida events being the commonality. At just 16 points back, Hall is extremely in contention for the title.

“My goal was No. 1 to make the championship. No. 2 was Rookie of the Year, and that was really it,” Hall said. “If you do those two, everything else falls into place. With the exception of Day 1 at the Harris Chain, I’ve had a good year. I’ve cashed checks in three out of the four, so it’s been a success.”

To this point, Hall’s experience on the Tennessee River has really helped him out. Down in Texas, he fished a lipless bait, just like he would have back on Guntersville. At the Harris Chain, he punched for all his weight, as he would in the fall on the Tennessee River. The next two are a little more out of his comfort zone, but Hall has a plan for that.

“I went to the James back in July when the schedule was announced and just rode around for like a day-and-a-half, didn’t really even fish, and I’ve never been to the Champlain,” Hall said. “I’m looking forward to them, they’ll both be good places to fish, I just need to have a good practice and find the right areas.

“I’m looking forward to Champlain the most I guess,” he said. “Guntersville has milfoil and shallow largemouth fishing, so I’m comfortable with that. That’s kinda my game plan, is to largemouth fish instead of smallmouth fish. I’ve never fished anything with northern smallmouth, so it probably wouldn’t be the best time to try and learn that.”

Fishing in the Top 10 at Pickwick and then 62nd at Guntersville, Andrew Loberg has still looked good while relinquishing his Rookie of the Year lead, only dropping three spots in the standings after the G-Ville event. However, despite already having made the Top 10 twice this year, the best could be yet to come for the sensational young Californian.

Going into the James, Loberg is really only a small step down in experience from Hatfield when it comes to that river, but he’s got a pretty good gap on the other rookies when it comes to tidal-water wins. One of Loberg’s double Toyota Series wins last year came on the California Delta, and it’s a place he’s fished basically throughout his tournament life.

“I don’t want to sound cocky or anything, but having that background on a tidal fishery I’ve never been to is huge,” he said. “On the Cal Delta, if you don’t run the tide at the right time, you’re not catching the fish to win. Within a 10-minute window, you could be on the winning spot and not even know it. That’s the cool thing about tides; the James could be a lot different than the Delta, but having a basic understanding of how currents and tides work is huge.”

The James is also one of the few stops on the schedule where many of the rookies are evened up on experience, and Loberg hopes he can use that to his advantage. After putting in some pre-practice, he’ll know as much about the river as anywhere else he’s made a Top 10 this year.

“I really like that we’re going to the James River because it’s a fishery that isn’t tough, it seems like you can get bites, but the weights are going to be tight,” Loberg said. “So, you can have a good tournament, but you can also have a really bad one, and there aren’t a lot of locals. So, it’s good for a points race, kind of an equalizer, I think the points will flip flop – where with Guntersville and Pickwick, everybody has been there.”

Can a Comeback Happen?

Behind the high-flying top three, Keith Carson has tallied up 568 points to sit at fourth in the rookie standings, a neat 56 points behind Loberg and 80 points behind Hatfield. Now, these next few events look really good for Carson. Points on the rookie side tend to be more volatile, but winning the Polaris Rookie of the Year title at this point would be a lot to ask out of Carson.

Trailing Carson slightly, Andy Newcomb and Beck don’t have as favorable an outlook on the remaining schedule as Carson and a bigger points gap to make up. So, while it could be done, it’s looking more and more like a three-person race. But, even if they aren’t competing for a new ATV, the Tackle Warehouse TITLE is still well within reach – it looks like the top 49 in the standings will make the TITLE this year, there are several rookies farther down in the standings that look good to move up for that as well.