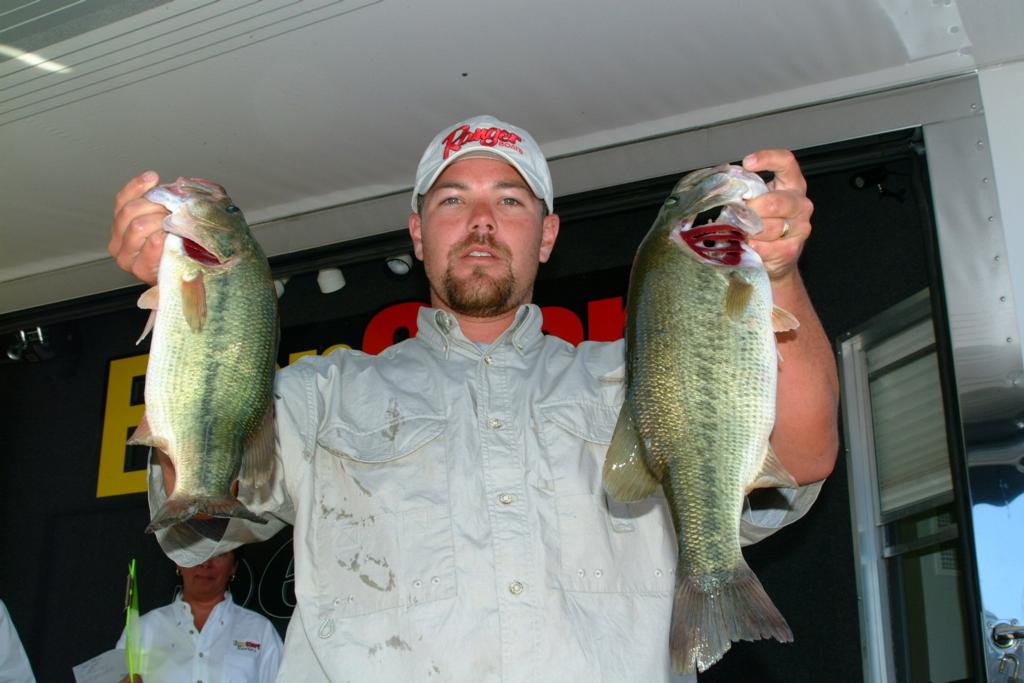 SHREVEPORT, La. – It’s been a good couple of months for Jason Reyes. Not only did the Humble, Texas, angler win the Co-angler Division and $6,000 at the EverStart Series Central Division contest at the Red River, he did it in just his first try at EverStart competition. Not only that, he’s the proud new papa of a 2 1/2-month-old baby girl and he’s celebrating his 30th birthday next week.

Not a bad couple of months at all.

“Momma’s going to be happy,” Reyes said excitedly. “I can’t wait to get home and see my daughter. I’ve been gone for more than four days now.”

Reyes caught his winning fish at a depth of less than a foot using a Gene Larew watermelon-red Hoo-Daddy Jr. He had a limit by 10:30 a.m. and culled one fish.

He also stressed that credit for his victory belongs with his pro partners. He fished with Eddie Giddens on day one, David Upchurch on day two, Willard Moore on day three and James Davis Jr. on day four. It was Davis, of Ferriday, La., whom Reyes credited most for the victory.

Davis, who caught almost 4 pounds of bass less than his co-angler and finished in seventh place on the pro side, also seemed to enjoy Reyes’ victory.

“My co-angler, he won the tournament. I just want everyone to know that,” laughed Davis. “I just don’t understand how you can try to seine a spot, and your co-angler catches a 5-pounder behind you. I hit every rock, stump and ledge in front of him.”

For Reyes, his schooling of and from Davis was sweet, especially in his first bass event at this level.

“It was my first EverStart tournament,” Reyes said, “and it won’t be my last.”

Eric Ambort of Mabelvale, Ark., won the Co-angler Division standings title for the Central Division with 540 points for the year. He edged out Bobby McMullin, who finished with 534 points.

The Central and Eastern divisions have wrapped up for the 2002 season. The next EverStart Series event is the first of four Northern Division tournaments, to be held June 26-29 on the Mississippi River in Welch, Minn.