The drain game continued on day two of the Costa FLW Series Southwestern Division event on Sam Rayburn presented by Yeti. While tournament leader Kevin Lasyone has discovered something all to himself, others found Rayburn to be a bit more stingy on Friday as they leapfrogged each other on the lake’s notorious drains or ditches, which serve as migration routes during the pre-spawn. Here’s a closer look at how others in the top five played the drain game on day two. 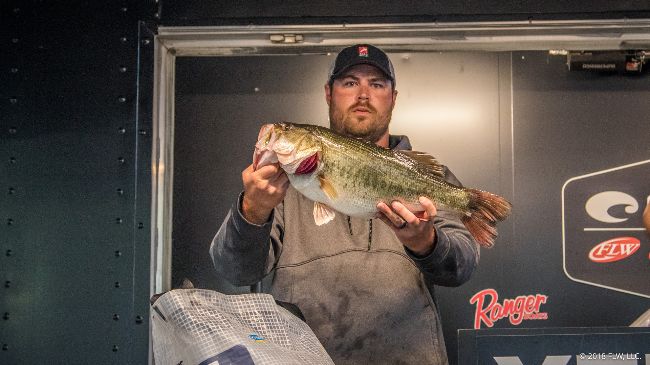 After catching 25 pounds, 3 ounces on day one, TJ Goodwyn stayed on track Friday with 17 pounds, 6 ounces to move into second with a two-day total of 42 pounds, 9 ounces.

Goodwyn’s success has come on a Carolina rig, a spinnerbait and a ½-ounce Chatterbait fished in grass in the 8- to 10-foot range. He is focusing his efforts on grass lines along drain edges.

“My bites got cut in half today,” Goodwyn reports. “I caught about 12 fish yesterday and only six today.” 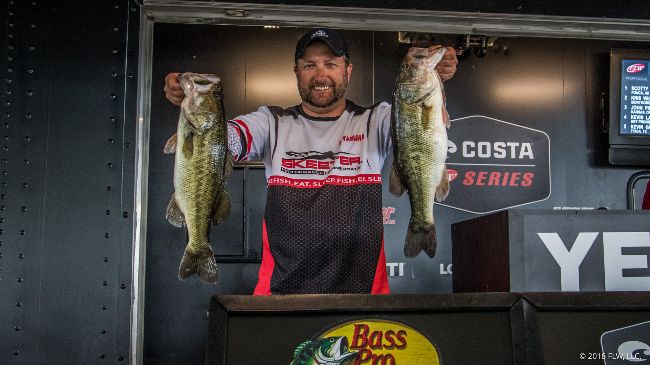 Scotty Villines has found consistency with a 19-pound, 5-ounce limit Friday that followed his 21-pound, 14-ounce limit from Thursday.

“I found this area when the Texas Team Trail was going on last week,” Villines says. “It caught my eye because it was the only place on the lake that didn’t have a bunch of boats on it. I went over there to investigate and found some new grass that had just grown up in the area over this past summer – it wasn’t there the year before.”

While fishing the area Villines discovered a small ditch that did not show on his GPS mapping. Several 5-pound bites later, the Arkansas angler knew he had found something that had been overlooked.

“It’s just a classic staging spot,” he says. “It’s new, hard green grass in 4 to 6 feet of water with a little 10-foot ditch running through it. The bank has cypress trees on it, which is where those fish are headed to spawn.”

Villines key baits include a Rat-L-Trap, Chatterbait and a spinnerbait. 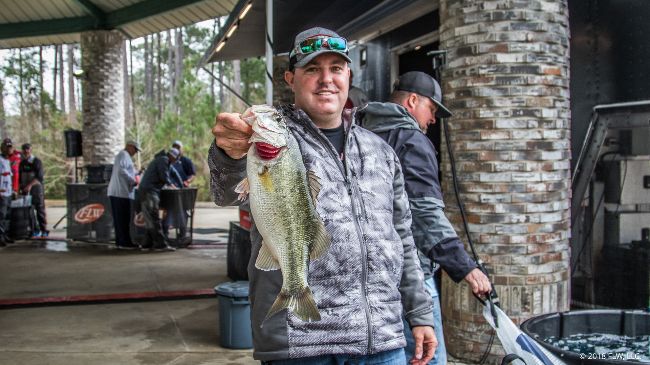 Kris Wilson sacked up an impressive 27-7 on day one, but could only back it up with 11-14 on day two, slipping him to fourth.

On Friday Wilson was left scratching his head and wondering what happened to his fish.

“Something definitely changed,” he says. “It was like the Dead Sea out there. I ran around a lot trying to make something happen –I fished up shallow, I hit brushpiles, I tried everything.

“And maybe that was my mistake: running around too much,” he laments. “Sometimes when it gets like this here, you need to just stay put somewhere, put your head down and fish.” 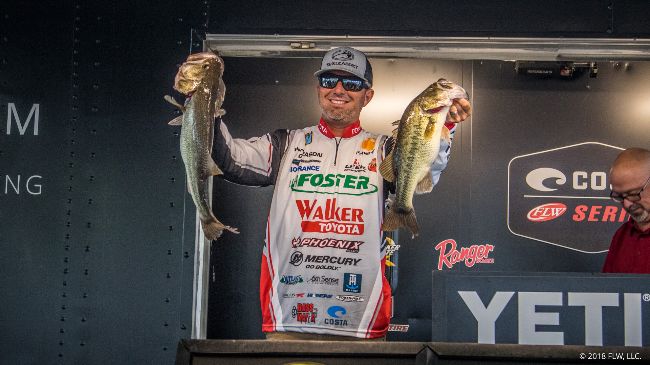 Darold Gleason brought in 20 pounds, 6 ounces on Friday to move up to fifth place.

Gleason, too, says he has been in on Rayburn’s drain game, fishing grass in 4 to 6 feet of water with a bladed jig and a 6th Sense Quake Thud lipless rattler.