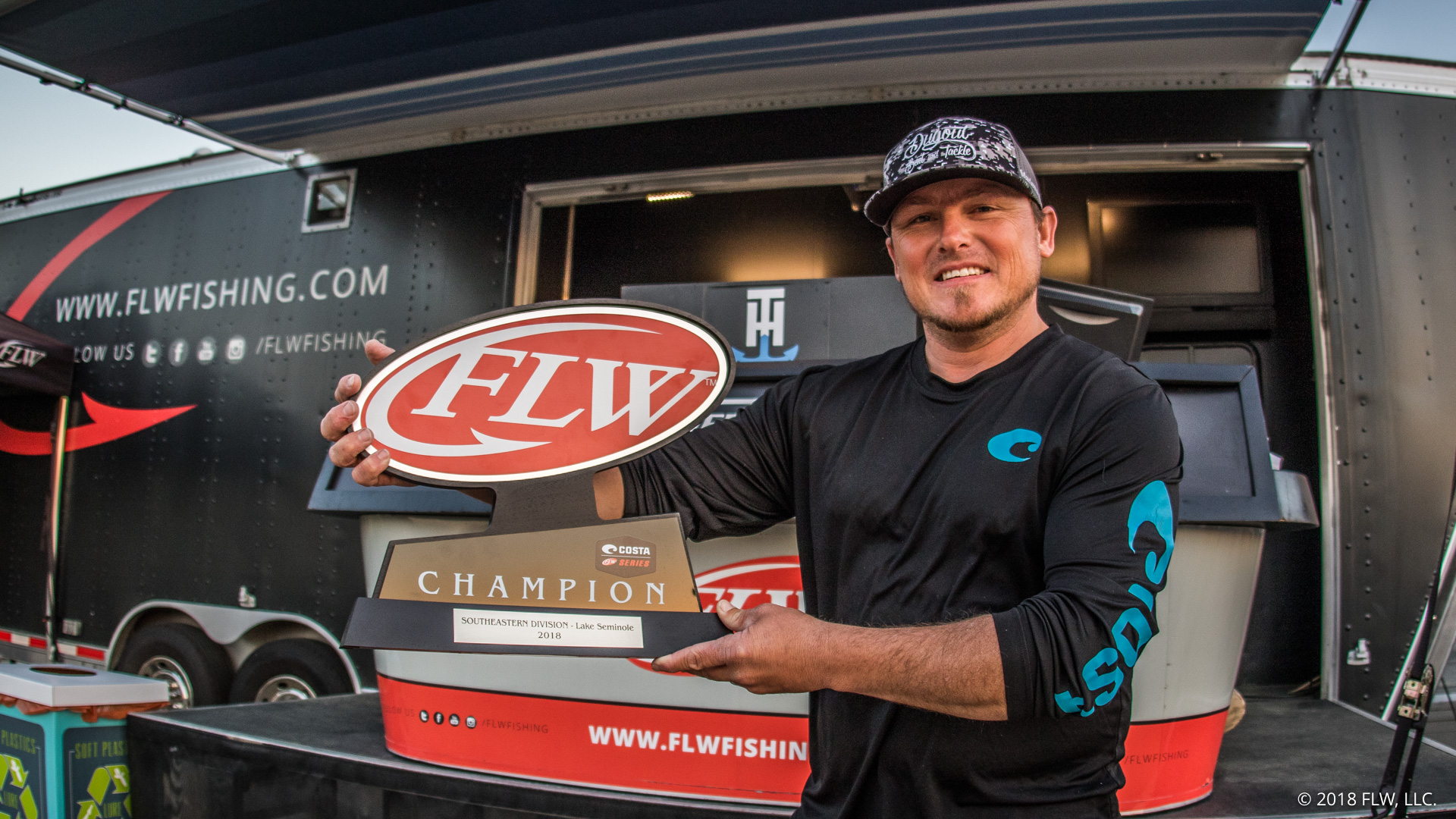 The weather was changing and Matt Baty was nervous, but the cause-and-effect relationship was not as clear as it may seem. In truth, this week’s meteorological makeup actually helped the local pro tally 45 pounds in two days to win the Costa FLW Series Southeastern Division event presented by T-H Marine on Lake Seminole. Weighing 24-13 on day one and 20-3 on day two of the weather-shortened event, the Bainbridge, Ga., pro took home $56,200 for his win.

Baty spent most of his tournament in Spring Creek, where he targeted prespawn staging fish on a creek channel turn with grass growing about 2 feet off the bottom along the adjacent flat. With the creek channel dropping to 18 feet, the Bainbridge, Ga. pro positioned his boat on top of the turn in about 8 feet.

“I got lucky on that spot because with this cold winter, I figured it would kill the grass,” Baty says. “I think the combination of the current they were pulling and the cold weather moved the fish to that spot about a month ago. I think that little bit of grass that was growing there kept them on the spot.

Essentially, while some of his competitors found the cold front disruptive and distracting, Baty realized that it actually paused his fish in perfect timing for his tournament game plan.

“You just have to find a school of fish and that’s what I did; I found this school about three or four weeks ago,” Baty says. “It’s normally a winter pattern where I was catching them.” 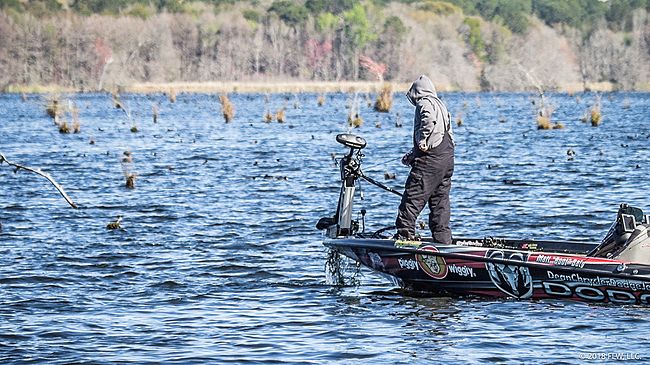 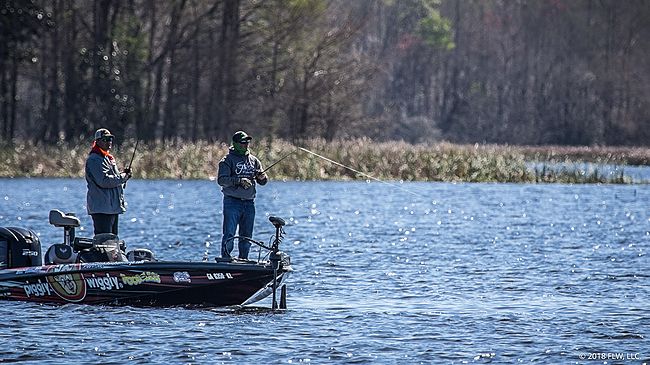 Baty started the second day with the bladed jig.

“It was unreal,” Baty says. “On my first cast, I hooked one and it came off; second cast, I caught one of those big ones; third cast, I had three of them bite the bladed jig and they came off. My first 10 casts were just unreal. I put the bladed jig down, picked up the Carolina rig and finished out my limit on it.”

Notably, Baty says an atypical element — an early shad spawn — may have also impacted his tournament.

“One of my fish yesterday came on a 3/8-ounce Buddha Baits bladed jig,” he says of the lighter presentation. “You’d see the shad following your bait when you brought it back. The shad will spawn, just like the bass.”