Fishing is good on the final day 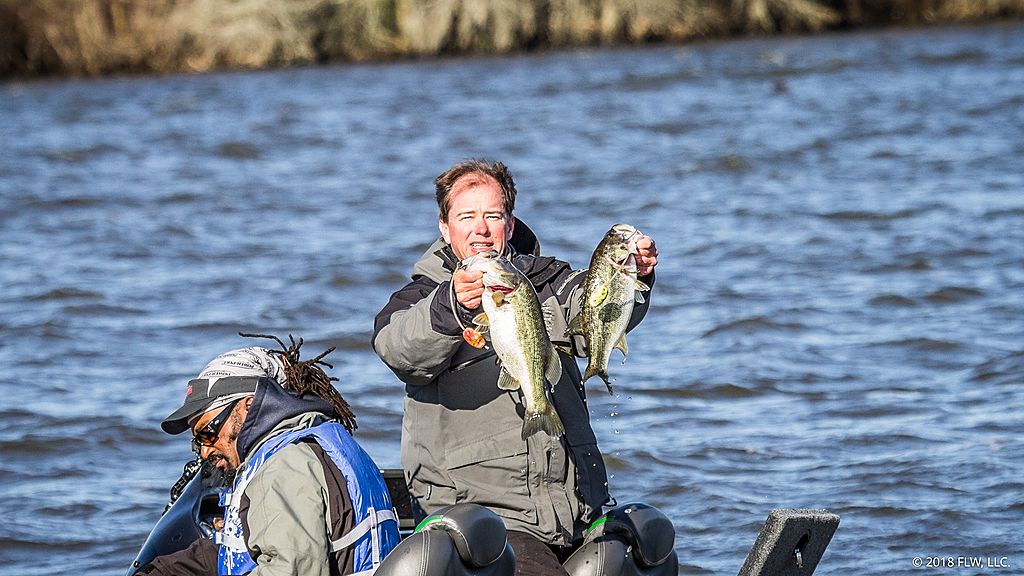 The morning was cold, but the action was hot during the final day of the Costa FLW Series Southeastern Division event presented by T-H Marine on Lake Seminole. The cold front that recently rolled through the area delivered morning temperatures in the lower 40’s, with a stronger-than-forecasted wind making those hoodies and rain jackets ever so appreciated.

Day-one leader Rick Tindell was boat 200 this morning, but he got to work right away by cranking the main lake grass line that produced 26 pounds, 7 ounces yesterday. He had four keepers — two good ones — within an hour of takeoff, but it did not seem like he had yet found the quality he was on yesterday.

En route to Tindell, we found Barron Adams doing a good job of pulling himself up from 99th place. Yo-yoing a lipless crankbait near the dam produced two solid keepers during our brief visit and he looked to be on one of those tears that push anglers way up the leaderboard.

A couple to watch closely during today’s weigh-in are second-place Matt Baty and sixth-place Jason Smith. Both reported furious morning rallies with several quality bites in rapid succession. Both were mixing it up between crankbaits and Carolina rigs. Baty had about 18 pounds by late morning and Smith had 20.

Elsewhere, third-place pro Troy Gibson had a small limit by midday, while Kurt Mitchell seems to be on course to improve his position from fifth. He reported a healthy limit that included a 6-, a 4- and a 3-pounder. If he can continue to upgrade, he could also make a big move today.

We visited enough anglers today to see that Lake Seminole was playing favorites; rewarding some and frustrating others. Most anglers were fishing prespawn and postspawn staging areas with a mix of reaction baits (crankbaits, bladed jigs and swimbaits) and soft plastics on wacky, Texas and Carolina rigs; but some were working broad flats that could very well have had deep, unseen spawners.