What works when they’re just starting to move up 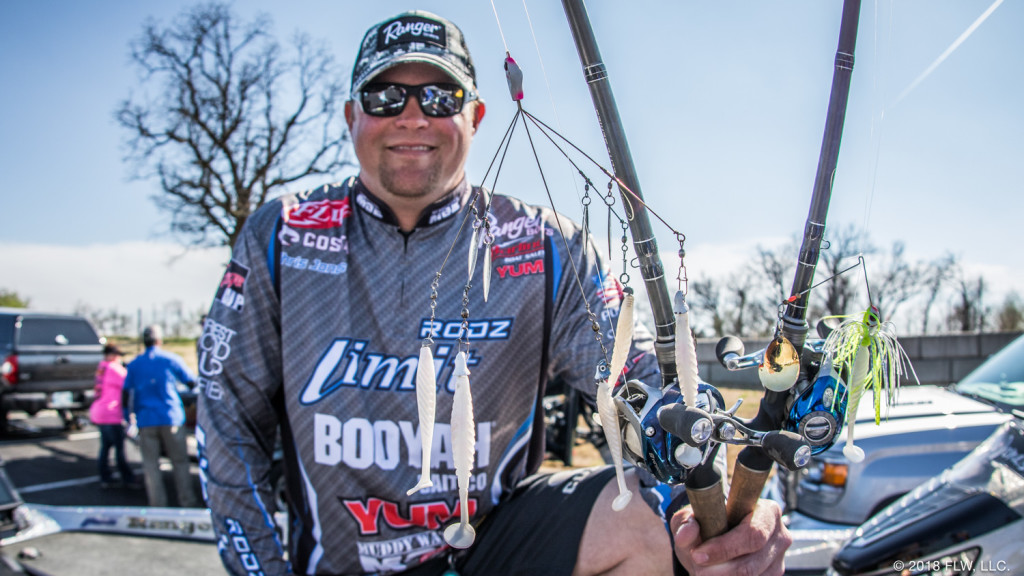 The consensus among anglers who contributed to the dock talk at Grand Lake for the Costa FLW Series event was that the bite is just about to fire up. A prolonged cold spell before the tournament delayed the prespawn-to-spawn transition, but a consistent warming trend and just enough sunshine during the event led to enough limits from the upper teens to the 20-pound range to hint at how good fishing will be on Grand in the next couple weeks as things return to normal. The fish want to push up, and the top finishers knew that and stayed on the front end of their transition. The baits they used should produce good results in the region in the days to come, so take a look, then stock up before you hit the water. 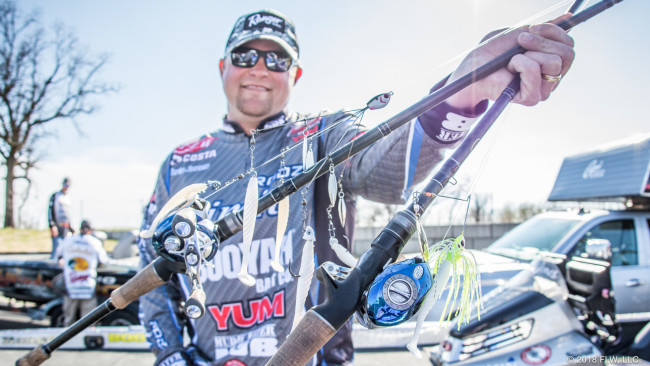 1. Topping the field, Christopher Jones caught his fish on a 1/2-ounce chartreuse and white BOOYAH spinnerbait with a No. 5 gold Colorado blade and a 3 1/2-inch YUM Pulse Swimbait trailer. A YUM YUMbrella Flash Mob Jr. with Pulse Swimbaits worked for a few keepers around main-lake riprap. 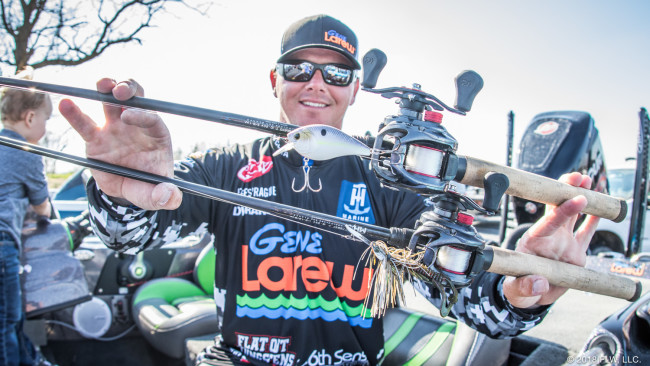 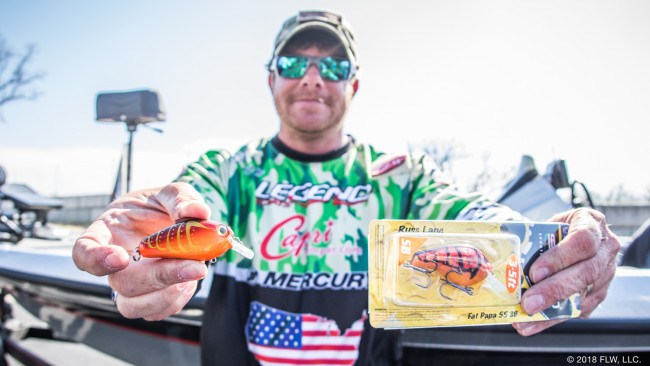 3. Third-Place pro Troy O’Rourke committed to cranking with a SPRO Fat Papa 55 in red craw and a Bill Lewis Echo 1.75 in a crawfish pattern. 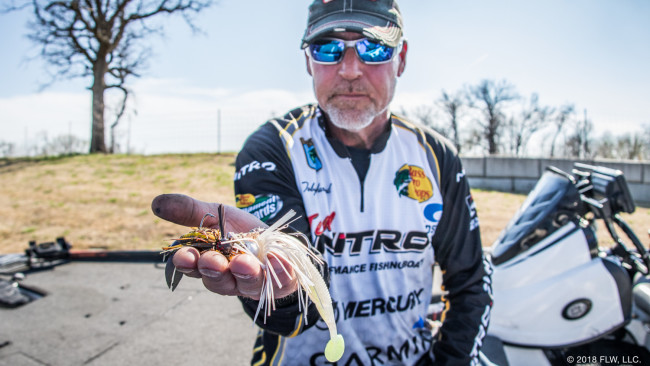 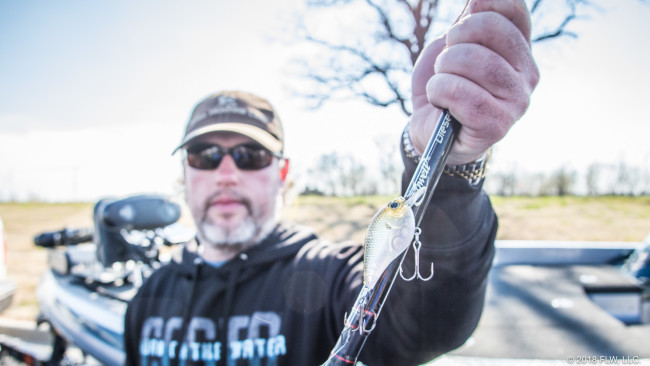 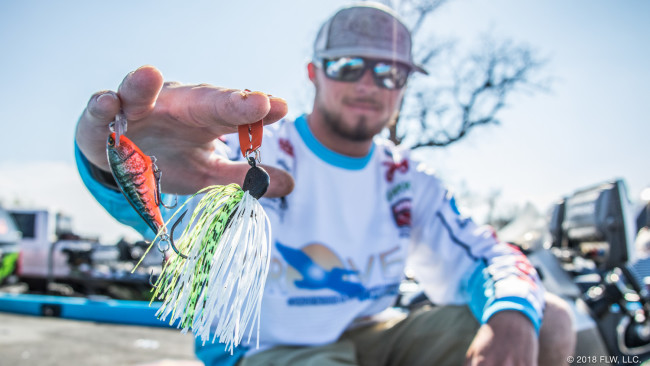 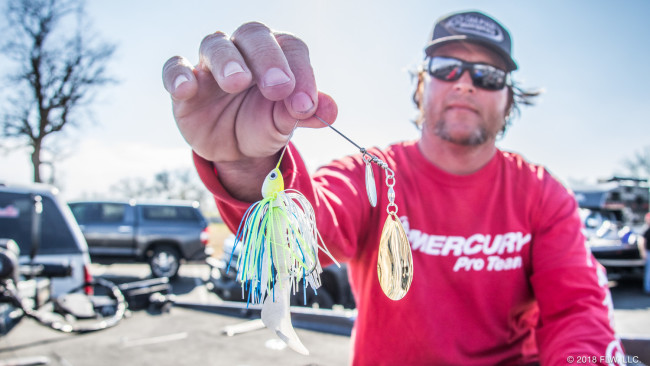 7. Seventh-place pro Kevin Ledoux caught all of his fish on a 1/2-ounce white/chartreuse spinnerbait with double Colorado blades. 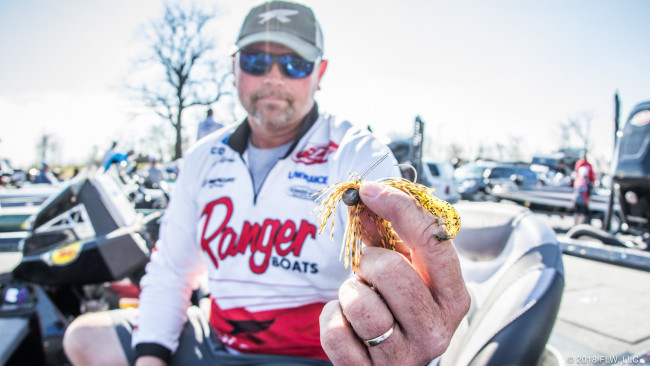 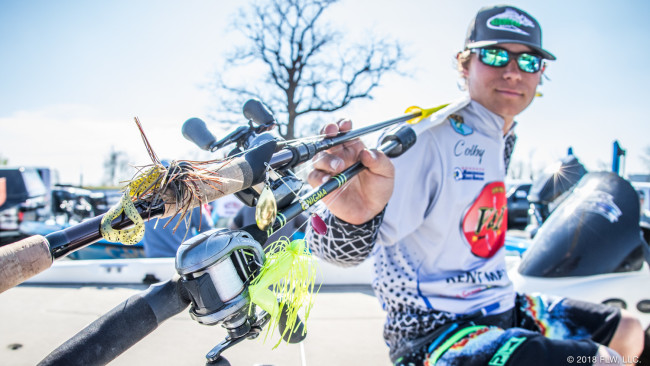 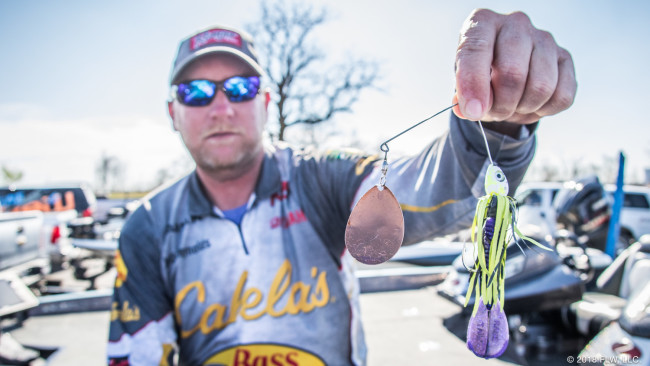 10. Jeff Reynolds made the top 10 by fishing a 3/4-ounce black/chartreuse spinnerbait with a Strike King Menace Grub trailer.