If you need proof that the Santee Cooper fishery is extremely healthy, just check out the day-one score sheet from the Costa FLW Series Southeastern Division event, which is presented by Bass Pro Shops and hosted by the Clarendon County Chamber of Commerce.

And here is the amazing part: The ways these 20-pound limits are being caught run the gamut from sight-fishing to flipping in the swamp to fishing the turbid currents of the Diversion Canal to skipping a Senko under trees to targeting a shad spawn to literally just going down the bank throwing a spinnerbait. Santee Cooper fish are everywhere doing everything right now.

At the top of the leaderboard is Daniel Howell of Prosperity, S.C., who used a topwater frog to trick two big bass early and then went bed-fishing to accumulate his 30-pound, 6-ounce leading limit.

Here’s a closer look at what the other anglers in the top five have going on at Santee Cooper.

Jonathan Canada (shown in the lead image) represents the pitching and flipping camp.

“I caught most of my fish today punching a Reaction Innovations Sweet Beaver up in the swamp area,” Canada reports. “They dropped the water about 8 inches on me this morning. That might not sound like much, but the way I’m fishing, that makes a big difference. I had to adjust to that drop, but once I figured out how they had repositioned I started catching them again.” 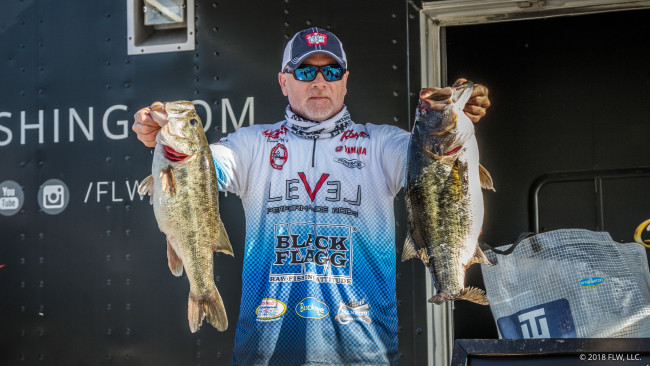 Checking in the big bass of the day at 9 pounds, 9 ounces was Ronnie McCoy. That Santee behemoth was a nice anchor to his 26-pound limit.

McCoy started the day fishing a shad spawn pattern. After securing a quick limit that way, he went sight-fishing and ended up culling out every fish in his livewell. His bedding bass included the 9-9 and a 7-pounder. 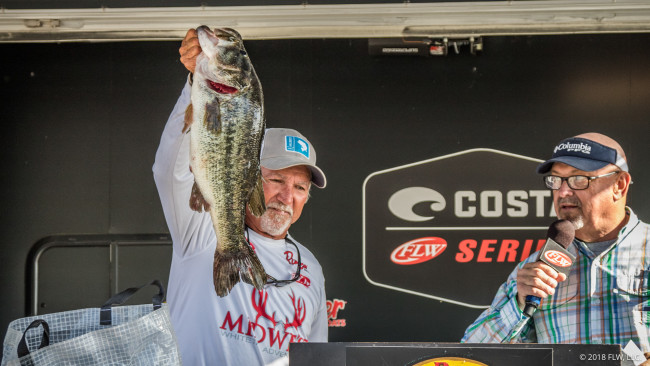 “The whole key is fishing slow,” Couch says. “Most guys come zipping through there with spinnerbaits and jigs. And that works for a time, but then those bass will suddenly get pretty picky. That’s when fishing weightless stuff really slow shines.” 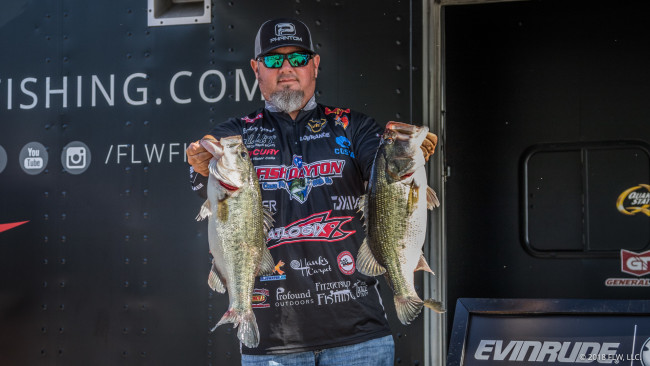 Falling in behind Couch with 25-11, Buddy Gross is also on the slowpoke pattern.

“I’ve been given a lesson on that tree-skipping deal this week,” Gross says. “It’s beyond slow.

“The first couple I caught in practice came after I picked out horrendous backlashes. That’s when I figured out what these guys mean by slow. I’m not using a spinning rod like some of these guys do. I’m using a baitcaster, and whenever I really get a king-sized backlash that takes a couple of minutes to pick out, it’s like a guaranteed bite.”