All patterns still in play 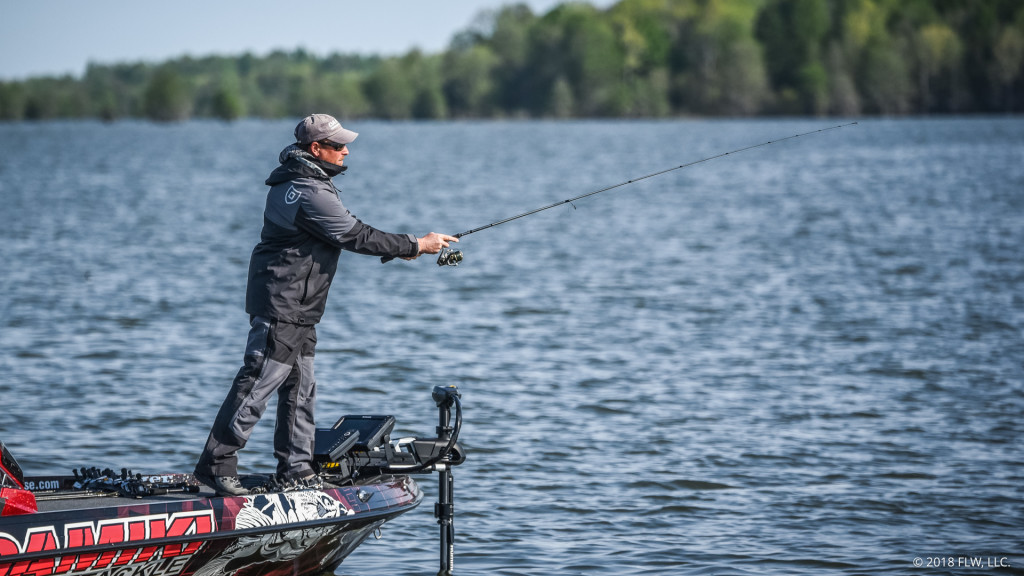 Weights on day two of the Costa FLW Series Southeastern Division event on Santee Cooper continued to be strong on Friday, although results certainly did fall short of yesterday’s totals. There were no 30-pound-plus limits today, but there were still three bags of more than 25 pounds and another five topping 20. Saturday is the final round of the tournament, which is presented by Bass Pro Shops and hosted by the Clarendon County Chamber of Commerce.

What still remains so impressive about Santee Cooper’s bass fishery right now is how many different ways so many bass are being caught. From sight-fishing to shad spawns, and from frogs to Senkos, both lakes have fish in multiple springtime patterns.

Here’s how the rest of the top five made it to the weekend. 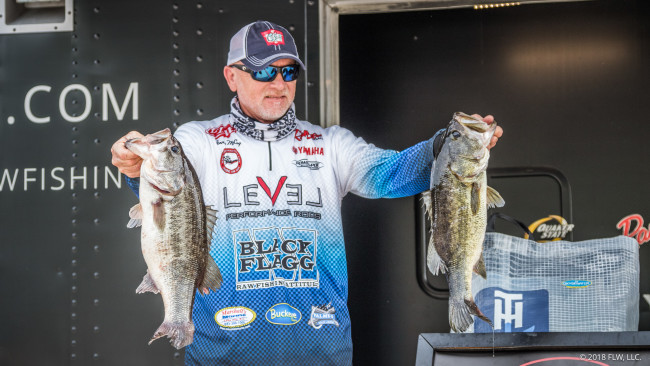 Ronnie McCoy (shown in lead image) backed up his 26-pound limit from day one with 21-6 today.

Yesterday, McCoy started his day with a shad-spawn bite and then culled all of them out by sight-fishing. Today, it was all about the shad spawn for McCoy.

“Everything I weighed in was from the shad spawn this morning,” he says. “I stayed in there a little longer and leaned on them a little more. After that I went down looking for more spawning bass, but they were gone.” 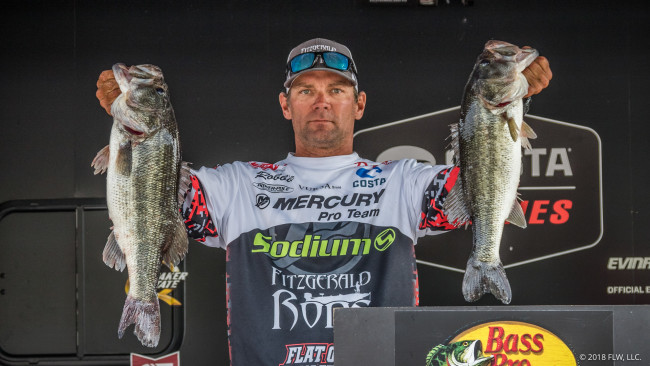 As if there were not enough patterns going on at Santee Cooper, Robert Crosnoe decided to throw another one into the mix today, punching up the day’s biggest limit out of matted hyacinths to the tune of 25-15 to move into third place.

“I didn’t punch as much as I should have yesterday,” Crosnoe laments. “Today, I stayed with it longer, and it worked out pretty well.” 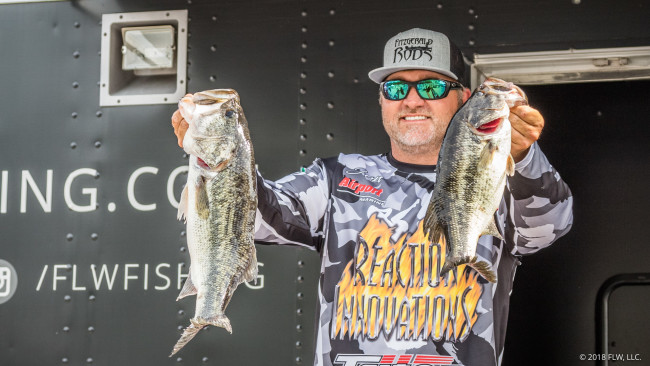 Jonathan Canada sacked up 19-1 today to pad his nearly 27-pound limit from day one, landing him in fourth going into the final day.

Canada caught his big fish punching on day one, but when that pattern started to slide on him today, he improvised with a bevy of rods on the deck, junk-fishing his way through the swamp.

“I don’t know what happened to my punching fish today,” Canada says. “It just went away on me, and at about 11 o’clock, I said, ‘I can’t do this anymore; I’ve got to go catch something.’ And from there I just started fishing as many trees as I could in the swamp – spinnerbaits, swim jigs, Skinny Dippers, ChatterBaits – you name it. I started getting a lot of bites just fishing, but never landed any really big fish.” 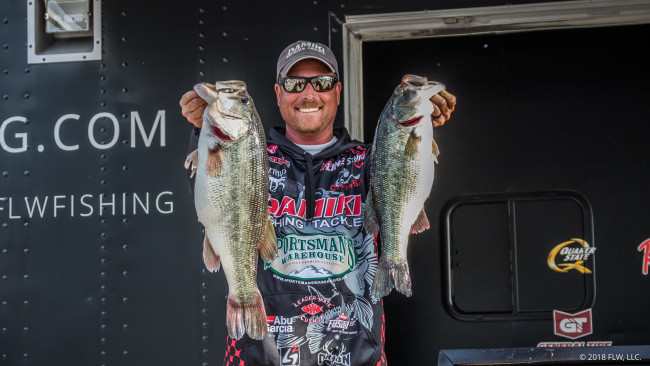 Don’t look now, but Bryan Thrift is behind you …

Not to be the harbinger of doom, but Bryan Thrift has a rather spooky way of sneaking into the top five and delivering a knockout blow on the final day of competition. In fact, the last time he fished a Costa event on Santee Cooper two years ago, he came from fourth place the final day and delivered a stunning blow with a catch of 30 pounds, 7 ounces to walk away with the trophy.

And now Thrift is in position to retrace his steps by doing much of the same running and gunning he did in 2016.

“I’m just running isolated trees and targets in the upper and lower lakes, skipping a Damiki Hot Dog on a spinning rod,” Thrift says. “That Hot Dog is a big fat stick bait with a unique profile that a lot of these fish haven’t seen. I’m wacky rigging it on a Berkley Fusion19 Weedless Wide Gap Hook.”