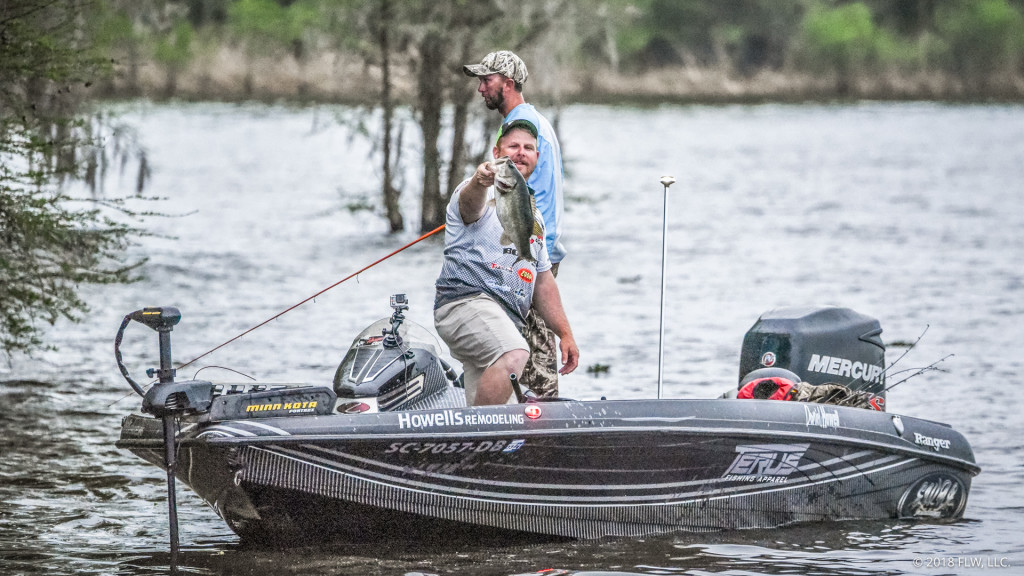 Fishing got off to a fast-and-furious start this morning for several pros fishing on the final day of the Costa FLW Series Southeastern Division event on Santee Cooper.

A morning shad spawn on cypress tree points up in the swamp was on fire this morning, and anglers were making some serious hay.

Tournament leader Daniel Howell caught a quick limit, including a nice 4-pounder, and now has all day to upgrade.

Second-place pro Ronnie McCoy was crushing big fish early, including one over 7 pounds. He figures he already has 20 pounds, and the shad spawn on his best point was still in full effect when we left him.

Third-place pro Robert Crosnoe went to his matted hyacinths and punched up a solid limit.

Jonathan Canada, in fourth, is running points up in the swamp and has one in the well, but has missed several other short-strikers.

Sixth-place pro Joey Sabbagha is on the board with three nice fish that include a 6-plus.

With so many fish being caught early, there is no telling what these guys will have come weigh-in time. It should be a good show.