Last year’s winner does it with all smallmouths 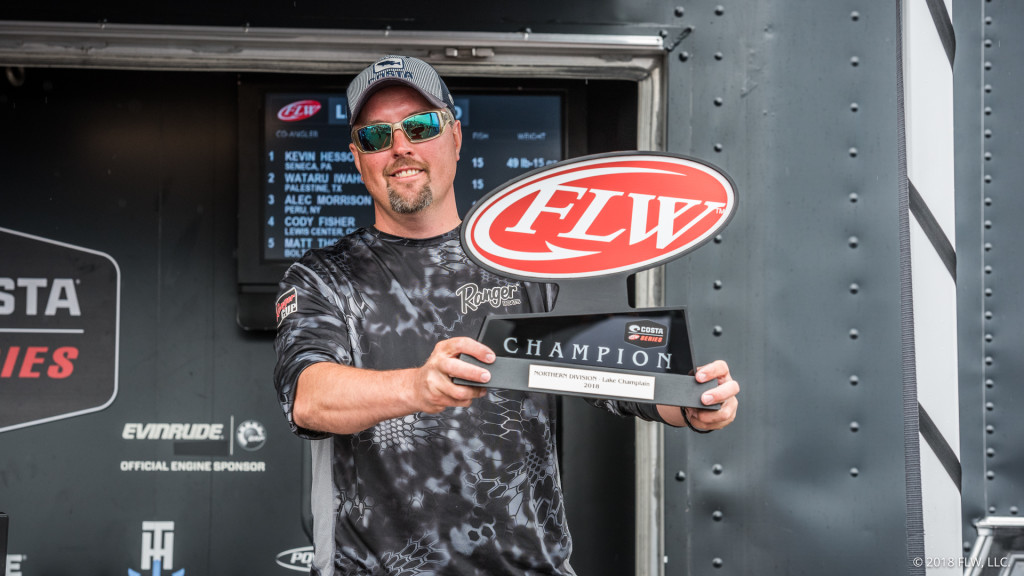 In 2017, Ron Nelson of Berrien Springs, Mich., won the Costa FLW Series Northern Division opener on Lake Champlain with 54 pounds, 9 ounces and a mix of largemouths and smallmouths. Today, Nelson won the 2018 season opener, which was presented by Power-Pole, this time with 15 healthy bedding smallmouths for a total of 60 pounds even.

After weighing five smallies on the final day for 19-8, Nelson edged out Brett Carnright for the title by 8 ounces. Nelson’s third Costa FLW Series win earns him $51,700 and a Ranger Z518 with a 200-hp outboard. 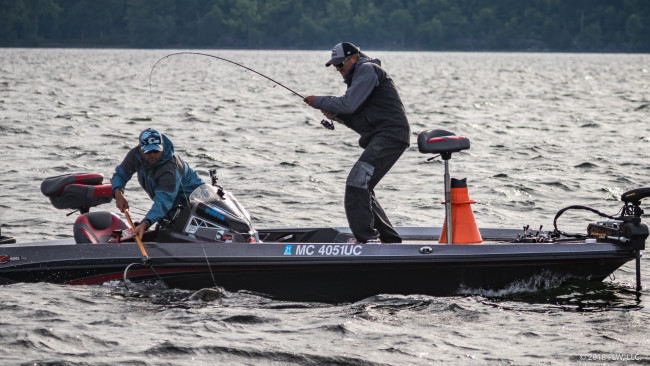 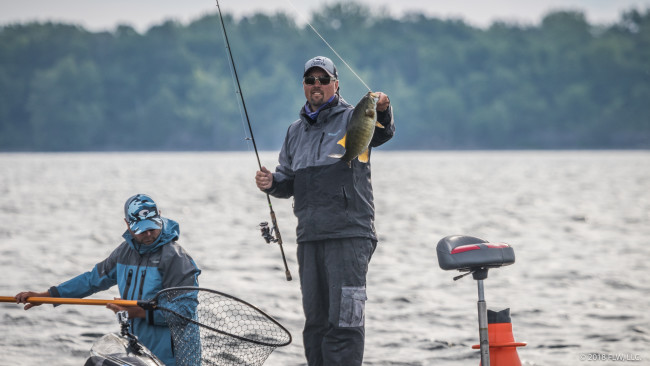 Winning with all smallmouths on Champlain is pretty unheard of in a multi-day tournament. It happens, but seemingly only once a decade or so. This week, Nelson sincerely tried to catch largemouths, and almost weighed in a couple, but in the end he went all brown.

“I had the same strategy as last time,” says Nelson. “These fish are so easy to catch. They gave me a lot of window to take my co-angler fishing and try to find a big largemouth. I just did not see the largemouths I saw last time. The water quality was not the same. It seemed dirtier this year; it just seemed off. I knew that a 4-pounder was a great fish no matter what it was, but I also knew I couldn’t catch a 5-plus smallmouth. I could have a real shot at catching a 5-plus largemouth.”

Nelson lost a big largemouth on day one that would have probably given him the lead right then. As it was, he triumphed over a pile of locals with slightly heftier bedding smallies.

“I learned pretty quick that you’d find quality fish in any section you went to. It was just a matter of learning a given section and putting time in,” says Nelson, who mostly fished the main lake around the Gut (the passage between Grand Isle and South Hero). 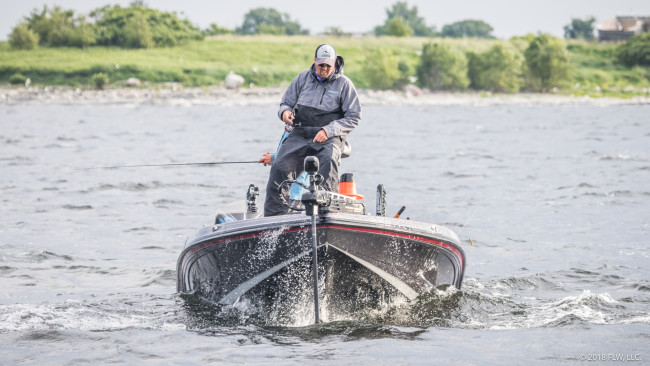 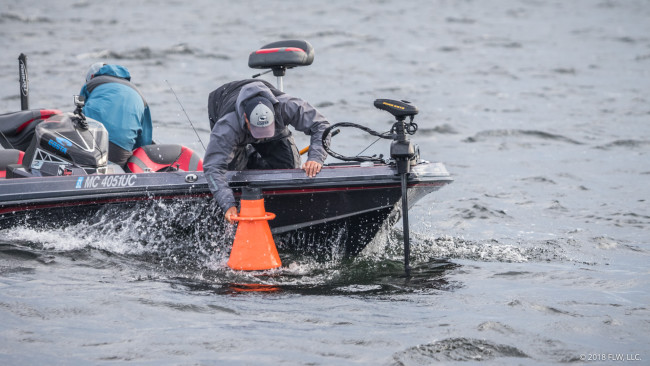 A lot of the field spent time with their heads buried in a bathyscope, searching for smallies or eyeing them up while bed-fishing. Nelson bucked that trend to a degree.

“I found them all with my eyes, and I’d just catch them to see what they weighed,” says Nelson, who caught less than 10 smallmouths each day. “My Flogger [bathyscope] got shipped to me during practice, and I just started playing with it and couldn’t tell the size of the fish. I had a few fish where I’d catch them and then I could catch them again next pitch. Time-wise, I wanted to know exactly what I was putting time into. I didn’t want to flog them and think it was a 3 1/2-pounder and have it end up being a 3-pounder.”

Nelson tried to look for deeper beds, and he caught his smallies in 5 to 10 feet on a Poor Boy’s Erie Darter (watermelon gold) and a Reaction Innovations Smallie Beaver rigged on a 1/4- or 3/16-ounce darter head. When he fished for largemouths, Nelson targeted reeds, grass and docks with a Yamamoto Senko and a jig.

On day one Nelson lost a big largemouth around 11 a.m. On day three, he worked a 4-2 smallmouth for hours, even getting it to bite a topwater at one point. Had he caught either of those fish, he might have coasted to the victory. As it was, he had to climb from second and sweat it out.

“It’s really special. It really is,” says Nelson of the win. “I thought I was beat, to be honest with you. I thought he [Carnright] fished really hard and had a big advantage, but however the chips fall they fall, and it’s a blessing. You fish for fun, and to win twice is really cool.”