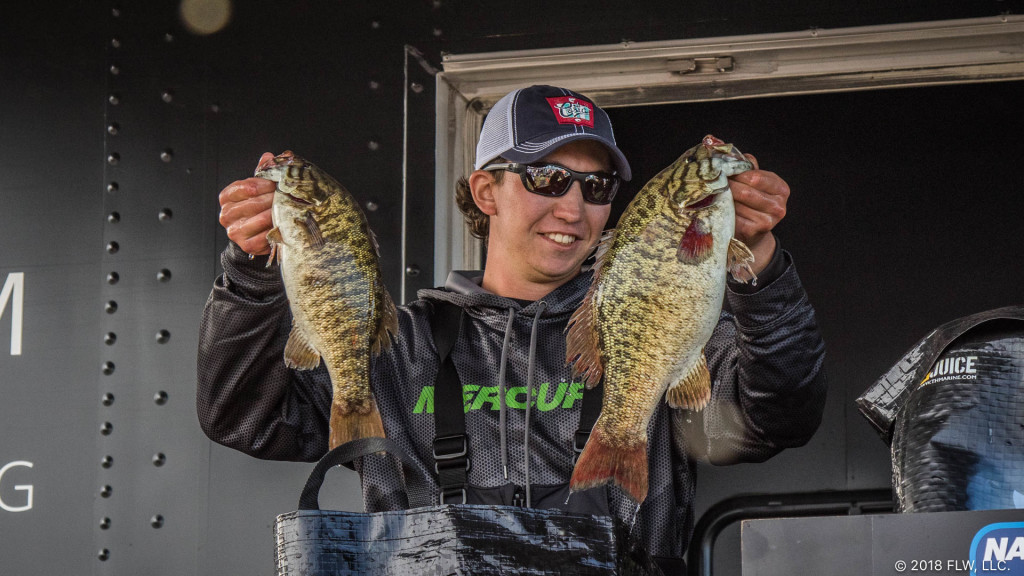 Catching fish from the back of the boat isn’t a big concern at the 1000 Islands where smallmouths swim around by the millions. Drew Tiano of Hudson, N.Y., took the lead on day one of the Costa FLW Series tournament presented by Navionics with 23 pounds, 9 ounces and never looked back. He sacked another 20-11 on day two to maintain the pole position and added another 15-1 on a tough day three to claim the biggest title of his career. With 59-5 overall, Tiano earned a Ranger Z175 with a 90-hp outboard and $600.

A year ago, Tiano competed in the T-H Marine Bass Fishing League Northern Division Super Tournament at the 1000 Islands and grabbed his first win with FLW from the back of the boat. This year, he proved that it was no fluke.

“I come up [to the 1000 Islands] every couple of weekends to stay in the area and fish,” Tiano says. “I love to fish up here and it helps me keep in tune with what’s going on.”

Tiano fished the first couple of days out on the lake where he kept a Yamamoto Shad Shape Worm in his hand. 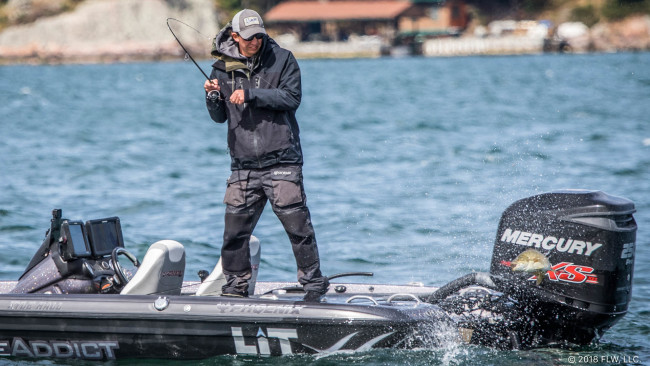 “I actually fished the first two days in close to the same area, so I knew the Shad Shape Worm would work,” says the 21-year-old. “It seemed to get bigger bites, so I kept it in my hand.”

Today, paired with Kyle Hall, Tiano was confined to the river – in tough conditions – yet still managed one of the biggest bags of the day for the co-anglers. And it turns out, they also enjoy the Shad Shape Worm.

“I think just knowing how to read a graph and what to look for was the big difference for me,” Tiano says. “I’d see a fish or some rocks on the sonar and I knew where to cast to hit it. I put in a lot of time up here and it paid off.”

He wasn’t a boat owner until today, but the State University of New York-Cobleskill student is qualified for the 2019 YETI FLW College Fishing National Championship and has big plans for his new Ranger.

“My goal for this tournament was to win the boat so I can have it to practice for the National Championship next year,” says Tiano. “I’m pretty happy it happened.”