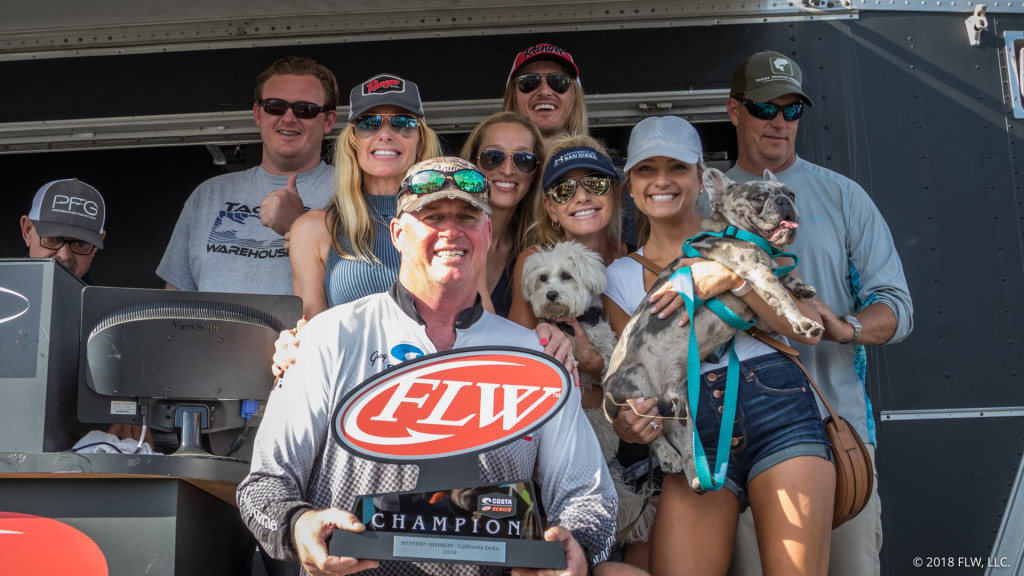 His final-round weight was roughly half of his day-two performance, but Gregory Troughton held on to win the Costa FLW Series Western Division tournament presented by Power-Pole on the California Delta with a three-day total of 60 pounds, 2 ounces.

After placing second on day one with 22-7, Troughton’s second-day bag weighed 24-14 – the tournament’s heaviest. The final round saw his main areas in Little Mandeville significantly impacted by the 15 to 20 mph winds that had whipped across the Delta on day two. He finished out with 12-13. 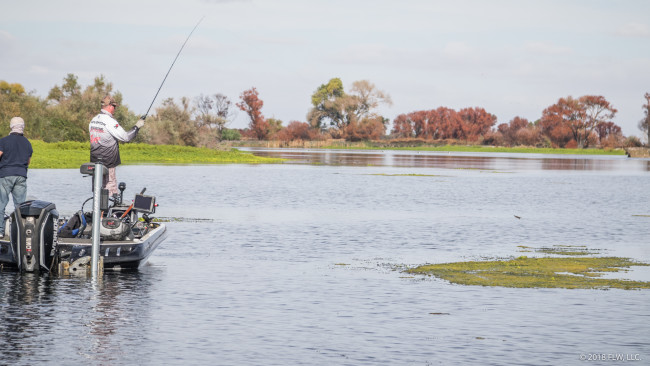 “The wind blew all the cheese [bubbly, yellow algae] off the mats, so I couldn’t see them,” Troughton says. “If you can’t see the hot spots, you can’t make accurate casts. Also, I think the wind blew the fish out of my areas.”

The first two days saw Troughton catch all of his fish on a green pumpkin Yamamoto Flappin Hog with a 4/0 Gamakatsu Super Heavy Cover Flippin Hook and a 1 1/2-ounce River2Sea tungsten weight. He targeted deeper grass in 6 to 8 feet of water.

“I fish the bait really slow, and when they eat it, sometimes you don’t even feel it. But there’s something in my head that says ‘set,’ and I do, and then we dig them out,” Troughton says. “That comes from years of experience – knowing when to set the hook on bites you don’t feel.” 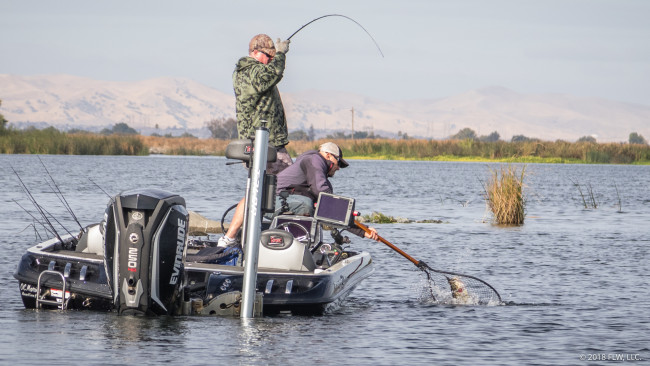 Day three yielded two punch fish, but Troughton had to shift gears and add his others on reaction baits. A ChatterBait produced one of his keepers, with a Don Iovino Splash-It popper adding two more.

“The popper was the baby bass pattern,” Troughton says. “The area I was fishing has a lot of little bass, and the big ones eat them. In practice, I slammed them in the mornings.”

A statistical oddity worth noting was Troughton’s winning margin of 6-11 – the same lead he brought into the final round. Also notable: Troughton recorded two of the event’s three bags of more than 20 pounds. Fifth-place finisher Jerred Jennings, who led day one, had the other.

Big bites are clearly essential to such stats, and Troughton certainly delivered the goods with three fish in the 7-pound range and a 9-4 that took Big Bass honors.

“What I’ve learned is that you can’t save anything here,” Troughton says of maximizing Delta opportunities. “Guys can recover, catch 25 to 30 pounds and beat you. So when you’re on them, you have to catch them. 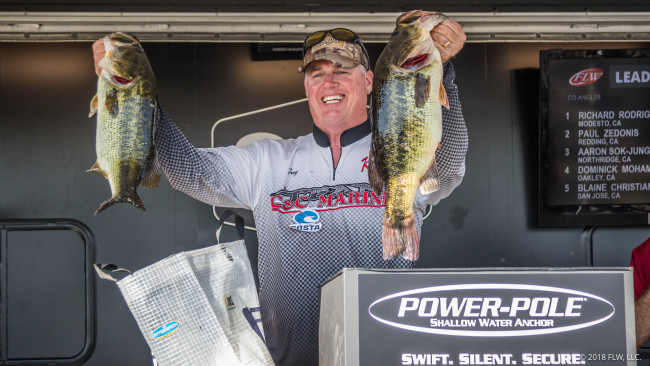 “I focused on catching all the big fish I could the first two days. I was hoping to have a lead because I knew the third day out here on these tournaments, you get all the weekenders, and it gets tough. I’m amazed that it [my lead] held up.”

Troughton adds that sturdy tackle and a good measure of patience contributed to his win.

“I actually went from 65- up to 80-pound braid because I broke off two fish in the last month with 65,” Troughton says. “The fact that I’m 6-5, 250 pounds helps me with leverage, hard hooksets and getting the fish up, but you have to know that once you get them up that you can go dig them out. You don’t rip them to the boat; you have to be patient.

“A lot of people lose the fish that they hook by trying to get them in the net. I never lost a fish this tournament. This was an incredible week. I worked so hard for this win. This is the product of 30 years of study, time on the water, figuring things out.”