It's anyone's to win in Oklahoma 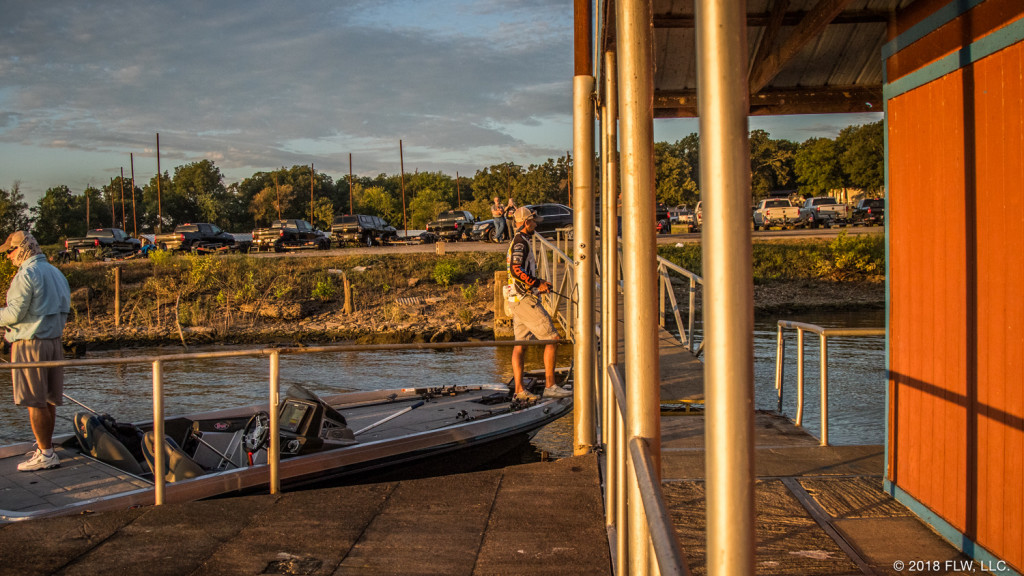 These have all been the common themes of the top pros facing a very obstinate Fort Gibson Lake this week for the Costa FLW Series Southwestern Division event presented by Mercury. To give some idea of just how stubborn Fort Gibson has been, only three pros have caught a limit both days of the tournament. Even more stunning is that the top-10 cut weight after two days among pros stands at just 18 pounds, 2 ounces.

Tournament leader Tommy Dickerson has run his boat far off Fort Gibson’s beaten path in the back of a creek. Others in the top five have also found their own form of thinking outside the box. Here is a closer look at how they’re doing it. 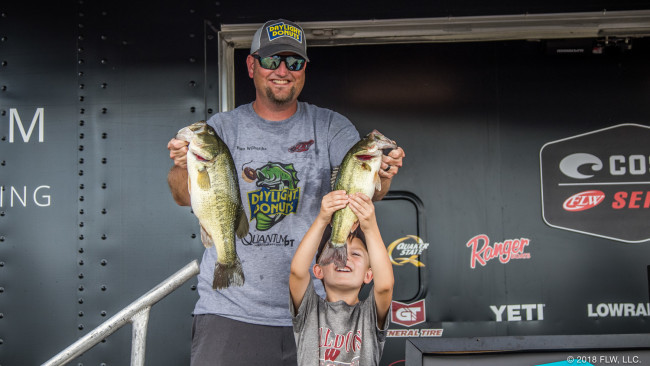 Ryan Wilbanks has been fishing Fort Gibson for nearly three decades. If anyone knows the lake’s beaten path, it’s him because he has made a lot of money along that path. Wilbanks normally runs and guns his multitude of spots across the lake, trying to fish as many of them as he can. This week, however, he’s taken a different approach, and it has worked, making him one of the very few to sack five keeper bass per day.

“I’m fishing fewer spots a lot longer,” he says. “That’s something different for me. I think maybe these fish get used to a lure landing on them a couple of times and then disappearing. This week I’ve found if I stay on a spot and just keep needling it, I eventually get a bite. Plus it allows me to monitor the pressure being applied in the area for a longer period of time. Knowing my pressure has been the only pressure is a big help mentally in a tournament this tough.”

Another thing Wilbanks has done differently this week is repeat his shallow rock spots several times during the day.

“That’s out of the norm for me as well,” he adds. “I usually try to keep hitting new spots all day. But I’ve found these fish are reloading on key spots pretty quickly. I can catch one and come back a little while later and catch another.” 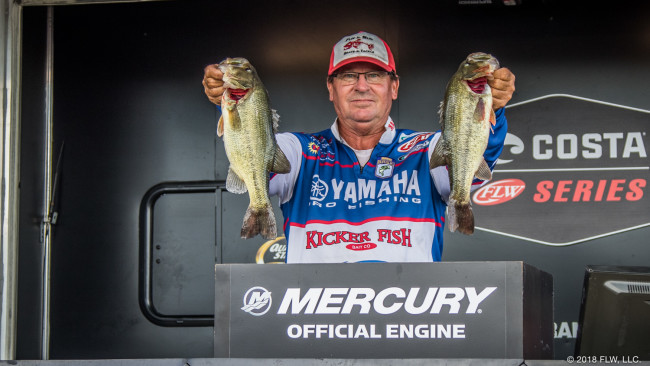 Cody Bird is fishing the same hard-to-reach creek as tournament leader Tommy Dickerson. He, too, has managed a limit each day in the back of the creek.

For Bird, a square-bill crankbait has been the key lure.

“I’m just cranking, trying to contact rocks and logs lying out there in the middle,” he says. “Those bass are back there feeding on shad, and they’re likely to be just about anywhere.”

Bird says he plans to return to the same creek tomorrow, but has a backup plan if he can’t get in.

“I’ve got another place I think I can run into if I need to,” he says. “It’s a place I’ve fished for years, and tomorrow it just might pay off.” 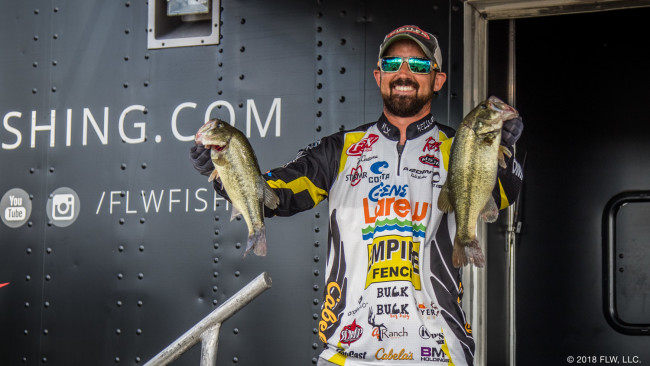 Day-one leader Kyle Cortiana stumbled a bit on day two with three bass weighing 6 pounds, 5 ounces. He slipped to fourth with a two-day total of 21-13.

Cortiana’s version of being unconventional this week has come in the form of casting over marina dock walkways to access untapped water. Behind one marina dock in particular he’s located a rectangle of untouched water where the fish are encircled by the floating docks on one side, the shore on the other and a walkway on each end.

“They’re blowing up and schooling in the interior where you can’t get a cast,” Cortiana says. “It’s like they know we can’t get to them in there so that’s where they go for protection from lures.”

To access the interior, Cortiana has learned how to do some fancy casting to sail a lure all the way through the boat slips or over a walkway and under some power lines. So what happens when he does get a bite?

“I set the hook, and after that it’s in God’s hands,” he says. “I have to drag them up and over the slips and walkway. Everything has to go my way for it to work, and that’s what happened yesterday.”

Today, the fish had wised up to Cortiana’s tricks, and he only caught two before moving on.

“I thought I had some other stuff found to fall back on, but when I went to run it today I discovered it was all getting pounded by other anglers,” he says. “Just when you think you find something off the path here, you find everyone else already on it.” 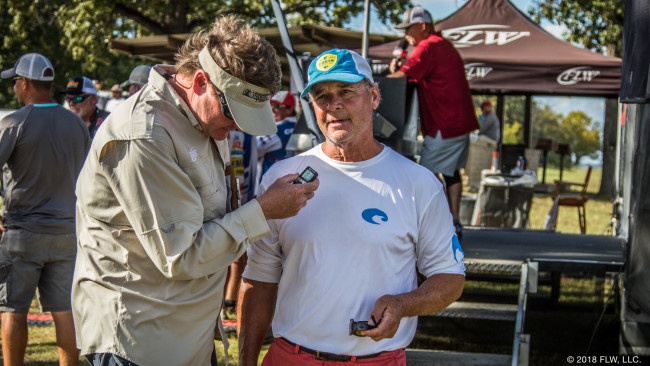 Rounding out the top five pros is Joel Baker, who has found success throwing Gene Larew Biffle Bugs and Zoom Trick Worms on wood in the backs of creeks.