Freeman Best From the Back 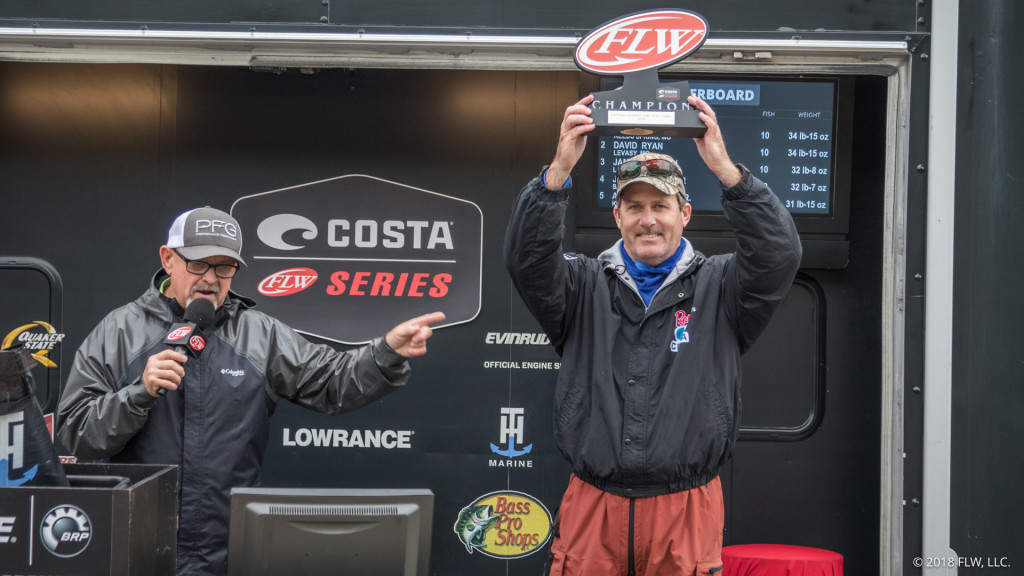 The first time Steve Freeman of Eddysville, Ky., laid eyes on Lake of the Ozarks was just a few days ago. Now, he’s heading back to Kentucky with some hardware and a certificate for a Ranger Z175 with a 90-horsepower Evinrude outboard, plus $5,000 cash for being Ranger Cup qualified for winning the co-angler side of the Costa FLW Series Central Division event on Lake of the Ozarks presented by Evinrude.

Freeman is used to fishing from the front of the boat on Kentucky Lake, though he’s no stranger to co-angler competition with FLW. In fact, he’s got four other top 10s from the back of the boat.

Being that this was his first trek to Lake of the Ozarks, finding some common ground between it and home helped speed the learning process.

“The first time I saw the lake was on Tuesday,” Freeman says. “I got off work at 4 a.m. Tuesday morning and drove right over. I was on the water by 9:30 a.m. It was new to me, but it kind of fits how I like to fish. I’m used to fishing ledges back on Kentucky Lake, so since I could drag something around and feel brush, I was confident I could catch fish.”

Freeman fished the first day with Jason Vance to catch 11 pounds, 4 ounces to sit in 8th. On day two, he was paired with Ozark hammer Jason Sykora to catch 16-10 – his biggest of the tournament – to take the lead. Today, with Stacy King he only managed three fish, but they were enough to get the job done.

“I fished a Zoom Magnum Trick Worm on a Texas rig with a ½- or ¾- ounce weight most of the week,” says the 51-year-old. “When I felt brush, I’d soak it in there and usually get a bite.

“I got a tip from my buddy, Drew Sanford (who fishes as a boater), before coming here that a lot of co-anglers use light weights. He said to try heavier so you can get down there quicker and feel brush better, so that’s what I did.”

Aside from the Texas rig, Freeman also caught a key fish on day two and three on a ½-ounce bladed hair jig. It’s something he’s used to fishing at home and provided a different offering to the heavily pressured bass on Lake of the Ozarks.

Freeman made a deal with his nephew, Lance Freeman, that if Lance fished the Central Division as a boater he would sign up to be a co-angler. The deal held, both are heading to the Costa FLW Series Championship in a few weeks and now Freeman has some extra money in his pocket.

“I had a lucky week, but a good week,” Freeman says. “I need to thank Ranger for what they do along with FLW and Ron Lappin. I know Ron is retiring after this year and a lot of guys won’t get to see him anymore, but I still will because we live close to each other and that’s a benefit to me. Ron is a super nice guy and one of the best to ever be in his position.”