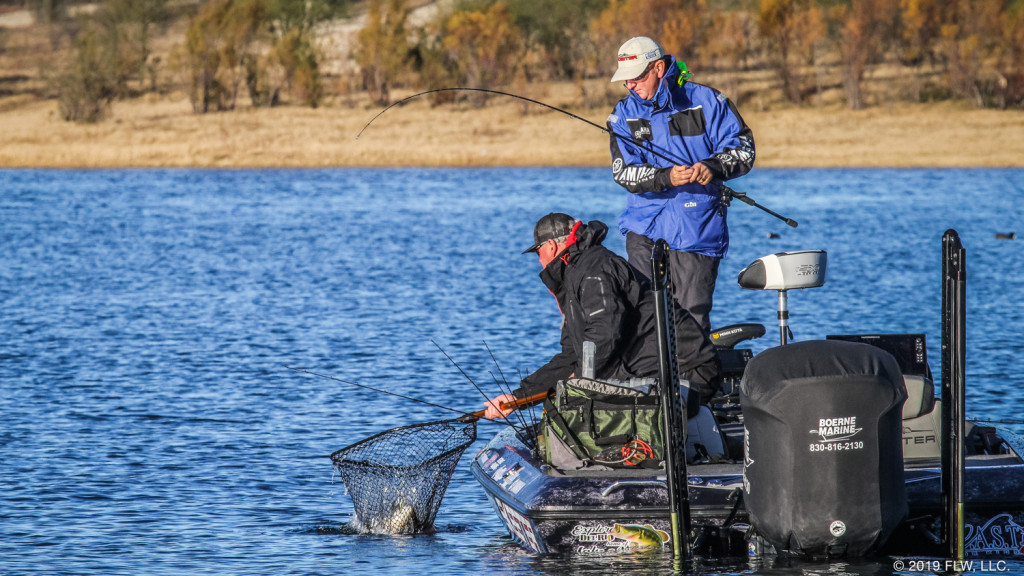 Hanselman caught his fish on a crankbait. Click here to read about Hanselman’s leading pattern. 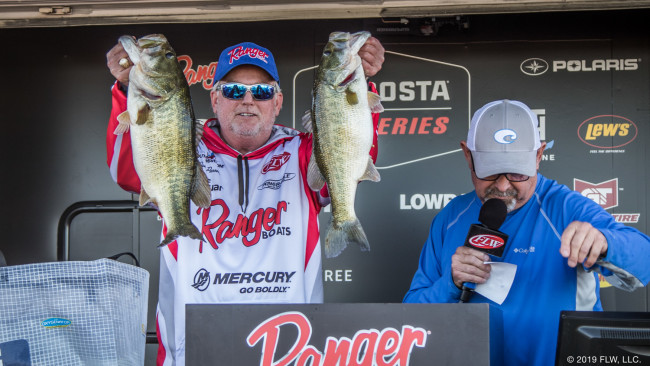 Missing his limit by one fish probably stung, but tallying 16 pounds, 8 ounces told Dave Parsons he was on the right fish. After returning to a spot he’d marked in practice, the quality he found today was a pleasant surprise.

“What I found in practice weren’t big fish; they were just good fish,” he says. “I left it alone for three days, went back to it today and they got bigger. I just couldn’t get that fifth fish.”

Parsons used a mix of reaction baits early in the morning, and then, as the water slicked off, he moved to the grass and used slow presentations in 15 to 26 feet.

“I caught all my fish between 11 and 2,” Parsons says. “This morning, I didn’t catch anything but small fish, so I moved to that spot I’d checked the other day.

“I think these fish are moving in; I think they’re coming to me. I hope they’re there tomorrow so I can do it again.” 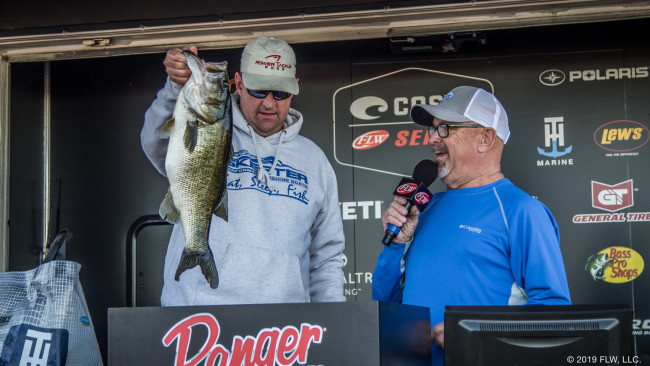 Sharing the third-place spot with Clyde Glenn, Tim Flowers got off to a quick start, but says he struggled with the day’s lack of wind. His efforts produced a limit catch of 14 pounds, 15 ounces, which was anchored by a day-ending surprise.

“I caught them early before the sun got up really good and got a small limit,” Flowers says. “Then I bounced around and went a couple of hours without any bites.”

Undaunted, Flowers made a late-day visit to what would turn out to be his key scenario. 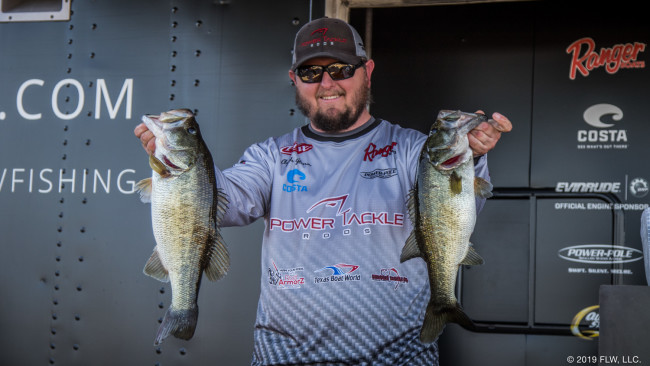 Also catching a limit of 14 pounds, 15 ounces, Clyde Glenn’s third-place effort went as he had planned. He started on a spot across from the takeoff site, caught a keeper and then advanced to where he expected better quality.

“I went to a spot where I thought I’d be able to catch a lot of fish and maybe a big fish or two,” Glenn says. “I fished it for about an hour and a half and caught what I did off of it.”

His better area was a prespawn staging area with grass and a bald spot on top of a hump. The spot was approximately 100 yards long.

Glenn says the day’s bluebird conditions called for a delicate presentation. A single bait delivered all of his fish.

“I think with the high pressure, finessing them with light line [8-pound-test fluorocarbon] and small hooks was the key,” he says. 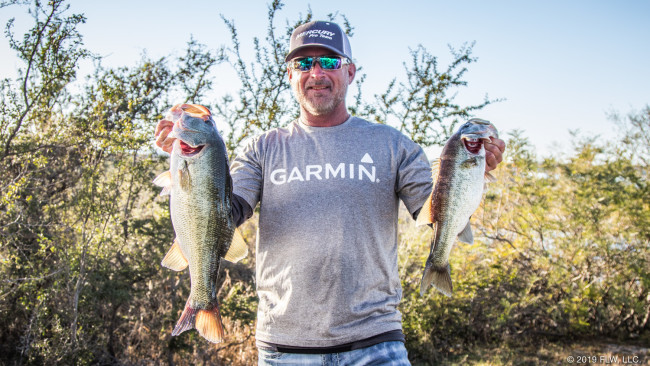 “They’re set up to be prespawn, but I should be catching more big ones doing what I’m doing. I think the fishing would be better if it was colder. You’ll catch one here, catch one there, and then you’ll have a little scrape where you’ll catch three in a row. You’ll leave and come back and catch one out of that deal.”

Kriet says he’s fishing deep grass. He caught some on slower drop baits, but most came on reaction baits.