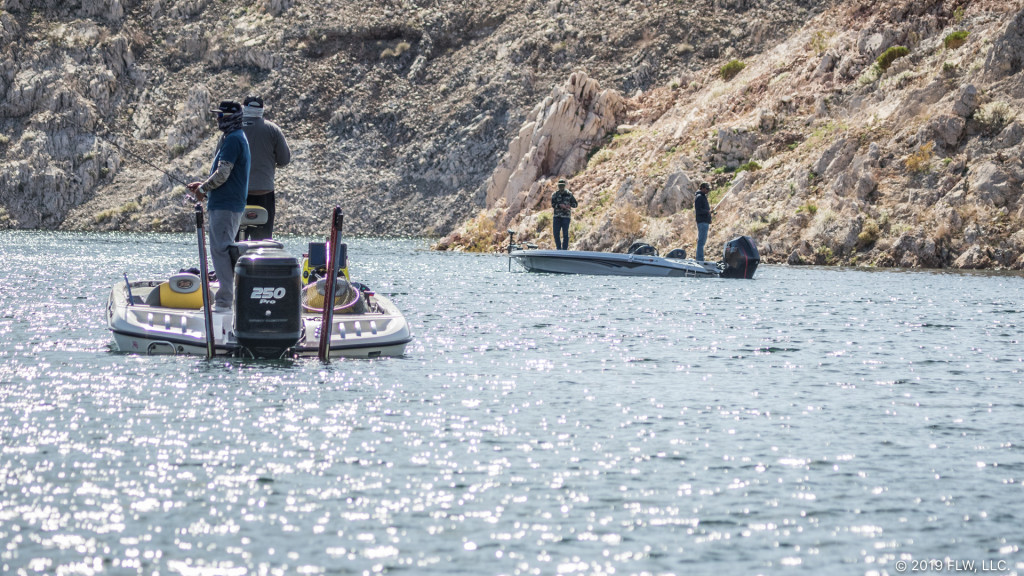 Brett Leber paced the field at the Costa FLW Series Western Division opener on Lake Mead, presented by Ranger Boats, by bagging 15 pounds, 12 ounces with predominantly power-fishing tactics. Behind him, it was much of the same from the rest of the top pros.

Despite difficult conditions including strong winds and ultra-clear water, many in the top five managed to find some stained water, which seems to be the ticket right now on Mead. With fish starting to move up to spawn, there are some fairly apparent trends developing for how to catch them this week. 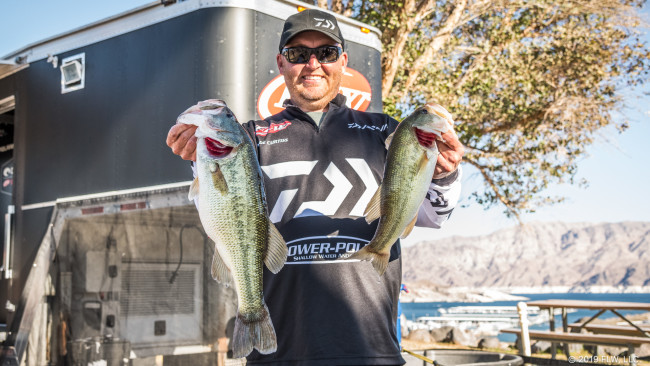 Curtiss found “one lucky spot” on Thursday, and he milked it for as much as he could. That spawning flat in 10 to 20 feet of water was big for the 39-year-old, who mainly employed a spinnerbait in a blue shad color to land his fish.

That bag included a 5-pounder, and as is often the case at Mead, it’s those kicker fish that make all the difference.

Curtiss is taking advantage of the recent warming trend and the subsequent migration of bass into shallower water to prepare to spawn. He’ll be trying out that lucky spot again on Friday in hopes that more fish have moved up into the area. 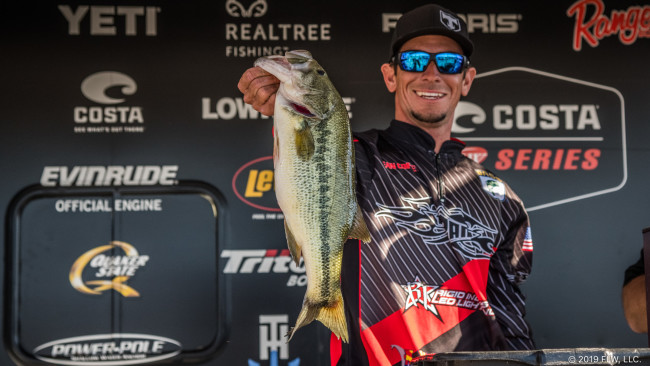 Unlike many of the pros near the top of the leaderboard – and much of the field, for that matter – Sean Coffey has managed to find some productive areas littered with submerged trees. Mead doesn’t have a lot of natural cover, short of some brush and boulders, but Coffey knew those trees would be the ticket for him this week.

The Mesa, Ariz., pro relied on a spinnerbait, a Texas rig and a weightless Yamamoto Senko to do his damage on day one. He found most of his trees in 2 to 10 feet of water, which he admits is pretty shallow for the way he usually fishes.

Coffey says he's going straight back to his spots in Overton arm on Friday with plans to do much of the same things that netted him more than 14 pounds on day one. 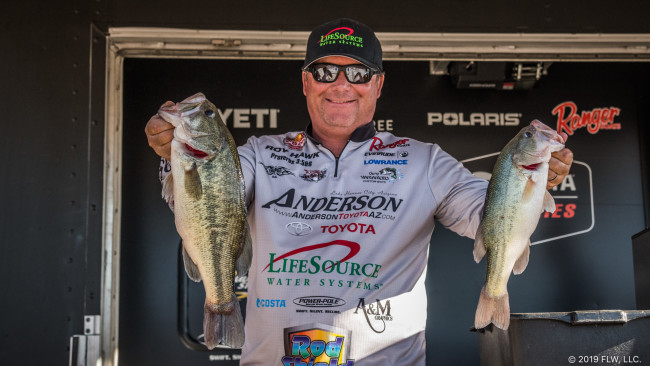 The trend of power fishing to get into the top of the leaderboard isn’t lost with Roy Hawk. He also employed a spinnerbait to find his fish, along with flipping and dragging a jig, but cranking is what really got the job done on Thursday.

For Hawk, it was all about finding and exploring flooded brush. He fished some deep, clear water at times, but the wind did churn up a little stain in his areas, which probably aided in getting some reaction bites in that brush.

Hawk’s production the rest of the tournament could come down to fishing pressure, which was fairly abundant on day one in the areas he was fishing. Stained water is hard to find on Mead, meaning the areas with a little tint were filled with boats on Thursday.

But as for patterns, Hawk isn’t concerned with changing anything. He’s found something that works, regardless of how much pressure might be in his area on Friday. 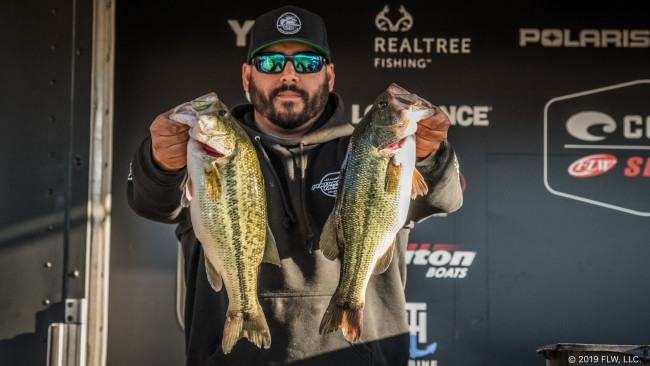 David Valdivia felt so confident in the productivity of his best spot on Thursday that he left them biting, opting to explore some other water to conserve his fish for day two. It was a bold bet, but Mead isn’t exactly churning out huge bags right now. He clearly made the right call.

Valdivia will be right back in that spot Friday morning (assuming no one beats him to it), presumably throwing the same baits that netted him 13 pounds, 12 ounces on day one: a 1/2-ounce casting jig and a drop-shot tipped with a Roboworm. In the cuts he’s fishing – mostly protected from the wind – he’s finding fish that have moved up to start spawning soon, perhaps in greater quantities than most of the field has found elsewhere.

The water isn’t as stained in those areas, he says, but that doesn’t seem to be hurting the bite. If that proves to not be the case tomorrow, Valdivia has no problem running to other spots.

“Wind throws people off,” he says. “I like fishing in it.”