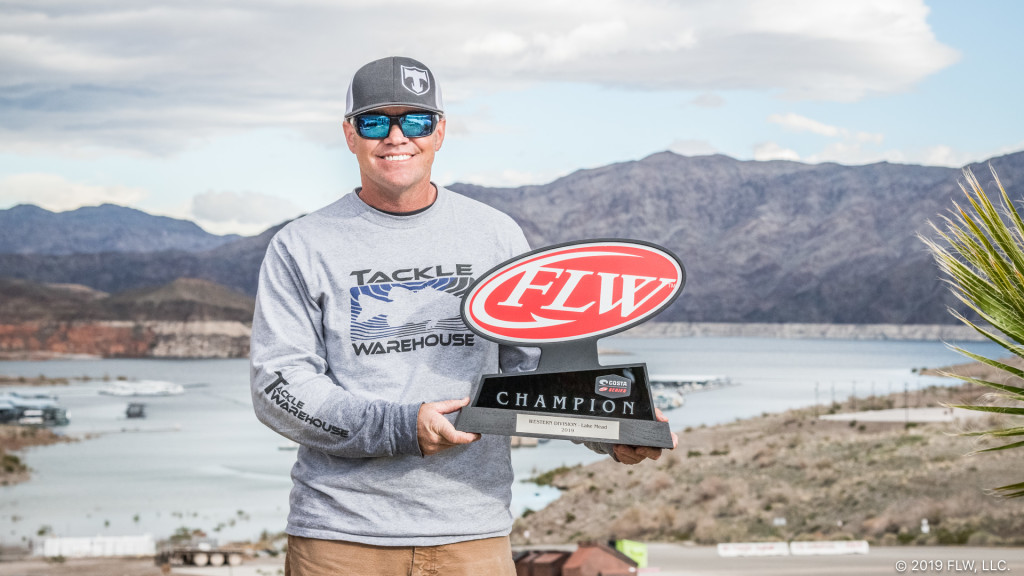 Tim Klinger knows Lake Mead as well as anyone. The local stick and former FLW Tour pro has won 100 tournaments or more on the fishery, in his estimation, but his win at the Costa FLW Series Western Division opener presented by Ranger Boats ranks up there with the best of them.

Klinger, who lives in Boulder City, Nev., and calls Mead his home lake, isn’t just some unknown local hero. With six years as a Tour pro and more than $600,000 in FLW winnings to his name – not to mention the wins and earnings via other tournament circuits and local derbies – he’s just a hammer, Lake Mead or otherwise.

But, to Klinger, winning an FLW event on his home lake is about as big of an accomplishment as any of those.

“I feel super good,” he admits. “I’ve fished so many of these tournaments – over a hundred FLW tournaments. I think every time we’ve been here I think I made the cut every time, but I’ve never been able to win. It’s hard to win on your home lake. It was a blessing. I can’t believe I got it done.”

Klinger fished the FLW Tour in 2004 and then from 2006 to 2010. He finished in the top 20 in Angler of the Year standings twice and fished the FLW Cup both those seasons (2006 and 2010). He was on his way to being a familiar name in professional fishing, and while he admits he might keep the door open to returning to the Tour in the future, right now, he’s just content with celebrating his hard-earned victory on Mead.

“Hard-earned” isn’t just a platitude, either. Fishing was exceedingly tough on Mead this week. Klinger’s 34 pounds, 12 ounces won the three-day event, and he didn’t even catch a limit all three days. It was that tough.

After a relatively slow start on day one, which would eventually result in 18th place on the leaderboard, Klinger roared back with what amounts to about the same in terms of weight (9-9 on day one and 9-15 on day two). It’s not often back-to-back 9-pound days result in making a cut, but consistency was absolutely crucial at Mead this week, especially with how tough the lake fished on Friday.

On day three, though, the word “consistency” wasn’t thrown around much. Instead, it was “Wow,” and “No way,” and “Are you kidding me?" from the crowd surrounding the weigh-in stage. Klinger’s bag of 15-4 wasn’t a mega-bag by any means, but the locals, family and friends supporting FLW anglers this week knew enough to know 15-plus-pound bags aren’t that common right now. It was also the second-largest of the event. 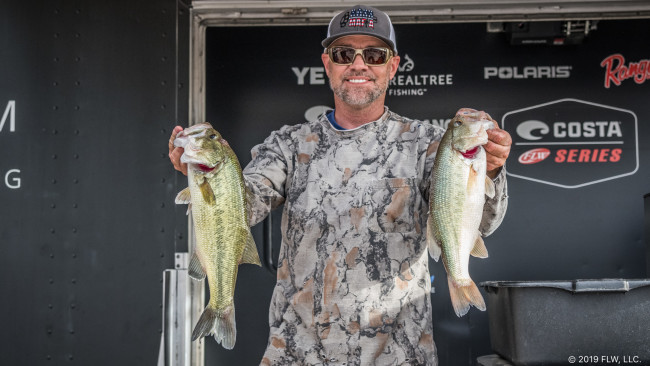 His win probably didn’t surprise Klinger all that much, but it wasn’t a certainty, especially after the practice session he had.

“Practice was really bad,” he says. “I only had a few bites.”

Luckily, Klinger has enough experience on Mead to know what usually works, even if it’s not immediately working. He put that experience to work on day one. 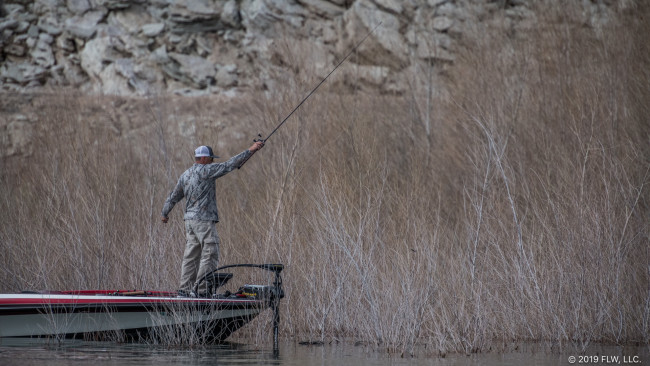 “I won a few tournaments in January fishing up in Overton Arm, and so that was my game plan to begin with. I thought I could catch them cranking, but I cranked for an hour and a half and didn’t have a bite. Then I went to flipping, and I started catching them.”

He flipped a 1/2-ounce Beast Coast Tungsten flipping jig with a Super Pork Bubba Frog trailer around willow trees and salt cedars – “any brush or cover fish could use to stage to make it to the bank and spawn.” He did explore some deeper areas in search of fish reluctant to fully commit to moving up, but the shallow bite was the deal, and it was a spinnerbait that did most of the damage.

“Overcast wind and rain; they were biting the spinnerbait,” he explains. “I think I caught 10 or 11 keepers today, and I lost a big one on it.”

That spinnerbait was a War Eagle 3/4-ounce version in plain white with a 2/0 trailer hook. Plain. Simple. A little old-school, but definitely effective.

Klinger is old school, in a sense, but he’s as relevant now as he ever was, and after winning this week on Mead, he admits he might have to try his hand at Clear Lake and the California Delta for the Western Division’s final two stops. After all, he has the points lead right now.

“I have to really think it over, but I probably should [fish those events],” he says.

And who knows? Maybe there will be more after that. There’s nothing quite like a big win on your home lake to rekindle those fires.