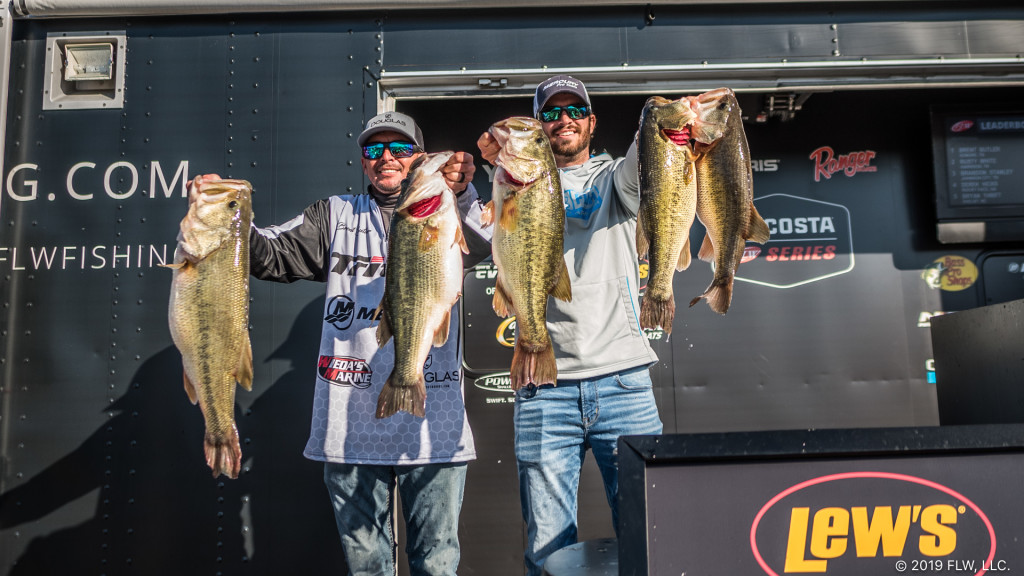 Day two of the Costa FLW Series presented by T-H Marine on Lake Chickamauga was fairly humdrum until Brent Butler walked to the weigh-in stage. Weighing in 37 pounds, 5 ounces, Butler rocketed up from 40th to first with a 51-13 total, and made his mark on the record books in the process. Though the top four one-day catches of all-time in the Costa FLW Series are all from Falcon Lake, the Vonore, Tenn., angler is now fifth on the list, and the first to put a lake outside of Florida, California or Texas in the top 10.

Going into the final day, Butler will have a 5-6 lead over day-one leader Rusty White. That seems like a good margin, but Butler himself showed no lead is comfortable on Chickamauga.

“To be honest with you, I was trying to [crack 40] because these guys here, man…” says Butler. “I went out today swinging for the fences. I knew I had ground to make up. Like [day-one leader Rusty White], he had 28. If he busts another 28 or 30 or what I had, it’d be way out there. I thought I needed to catch all I can catch. I just swung for the fence and fished big-fish holes just looking for five big bites.”

Those bites came, and they came often. Butler’s largest fish, which he caught on an Alabama rig, came in just shy of 12 pounds.

“I thought it might weigh more than 11, but my scales, the clip wouldn’t fit on it.” 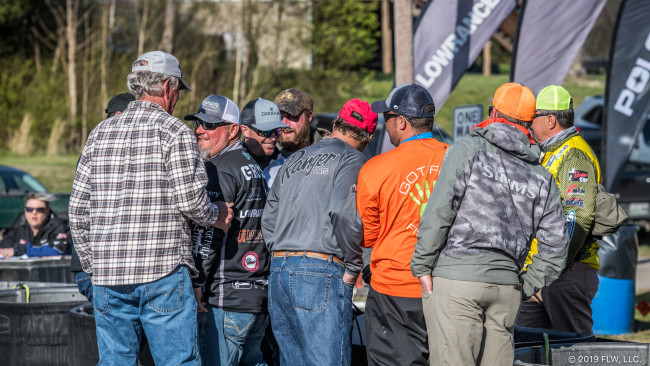 Surprisingly – or unsurprisingly for a guy who fishes Chickamauga a lot – that’s not the biggest bass Butler has caught on the famed Tennessee River fishery. He previously caught a 12-7 on Chick, where he fishes a lot of team tournaments.

While Butler has weighed 36-plus bags in team tournaments on Chick (and five total over 30 pounds), 37-5 is easily his biggest solo stringer to date. Day two of this tournament was a good time to do it.

Butler may have a little luck rolling over from his last Costa FLW Series finish on Chick. The last time around, in 2017, he took fifth place with a 41-1 two-day total. He says he used some of that $11,000 in winnings to pay his entry fee to fish this event. He’s been saving that money for just such an occasion. 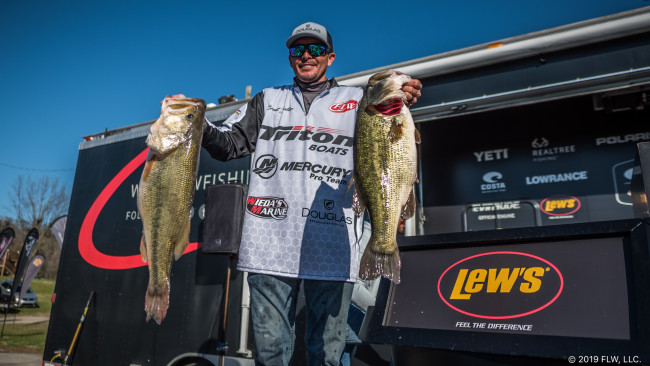 Coming anywhere close to replicating his day-two performance on Saturday will be a tall task for Butler, though. Conditions on the lake have changed drastically each day, with water rising, current settling and the sun doing just about everything but what anglers want it to do. It’s been so inconsistent that Butler completely scrapped everything he found in practice and “just fished” the last two days.

“Everything is changing,” he explains. “I had a good practice. Everything I found in practice, it’s gone. I just went fishing. Every time you have a high-pressure system, I kind of know what it does to them here.

“I went from fishing the banks and shallow bars and all that to just offshore. That’s how I love to catch them – offshore.”

Butler is on a pattern, and it’s working well enough that he doesn’t want to give anything away. He does admit, though, that he’s working just two baits: an Alabama rig and a jerkbait, which he calls his “one-two punch.”

The spots Butler has been fishing are areas in which fish are cycling through to spawn. He has multiple spots – 15 he didn’t even run on day two – and his three best produced all his big fish on Friday. But, as the last two days have shown, everything can change in less than a day.

“I’m just going to go fishing,” he repeats. “That’s all I’m going to do, just like today. I scrapped everything I found in practice and went fishing.”

One more day of “just fishing” and Butler will be hoisting the first-place trophy on Saturday. 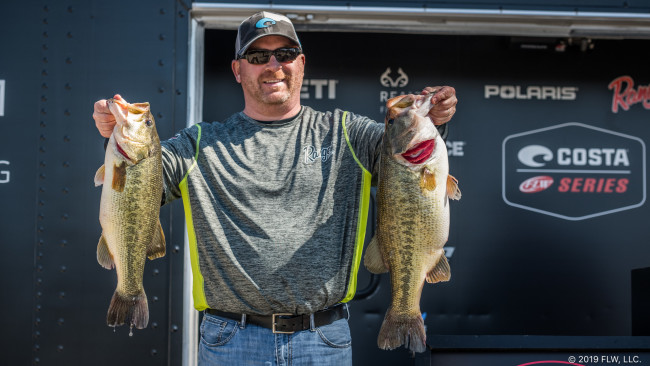 Co-angler leader Scott Ostmann hauled in an 8-pound, 14-ounce monster largemouth to bolster his 22-8 bag on day two and pull into the lead with an impressive 37-3 total.

Despite fishing different conditions in a different area with a different boater than on day one, Ostmann was able to find and catch some quality fish with just one bait – a bait he’s remaining tight-lipped about until after the event.

Ostmann and his boater, Frank Clark (12-9 on day two), spent much of the day targeting fish on current breaks in the mid-lake area of the main lake. Sticking with that one bait, he “milked it all day” and made the most of the fish Clark put him on.

“He put me on fish and it was great,” says Ostmann. “This is my fourth time down here. I fished the Costa here two years ago and didn’t do very well. This is a little redemption trip for me.”

With a sizeable lead heading into the final day of competition – and only nine other co-anglers to compete with – that redemption trip could prove to be much more for the Cincinnati, Ohio native.