Variety of patterns lead to success 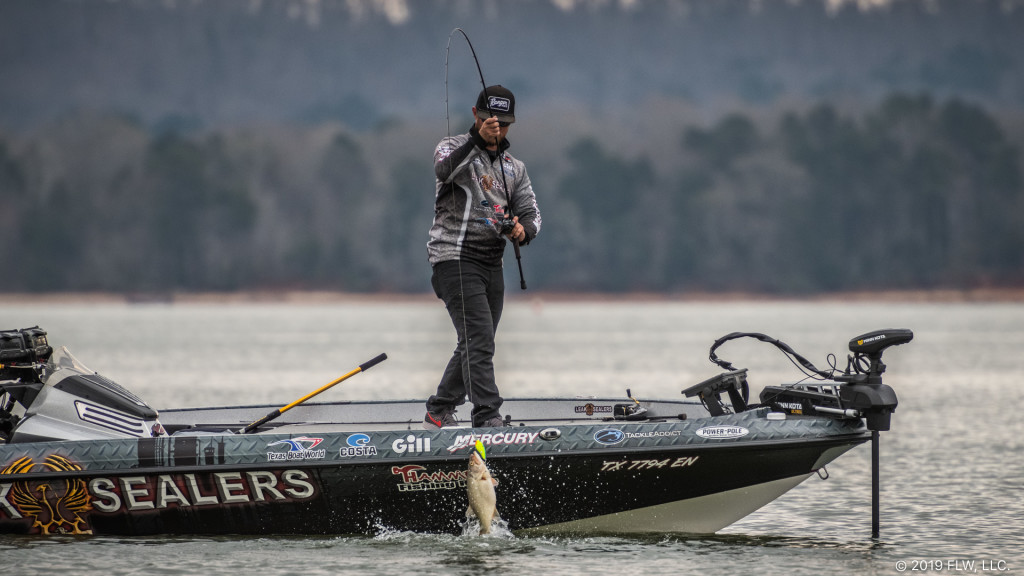 On a lake like Chickamauga, there are usually a lot of ways to catch fish. The top five after day one of the Costa FLW Series Southeastern Division event presented by T-H Marine proved that.

While hammering rocky secondary points with umbrella rigs was popular on Thursday, so was cranking those areas. And cranking grass. And throwing swimbaits and other reaction baits behind sand bars in the main river, just out of the ripping current.

In the top five especially, there was an abundance of patterns and baits in play. Leader Rusty White found his big fish in one special spot fishing an undisclosed pattern, and the rest of the top five pros found unique ways to catch them. 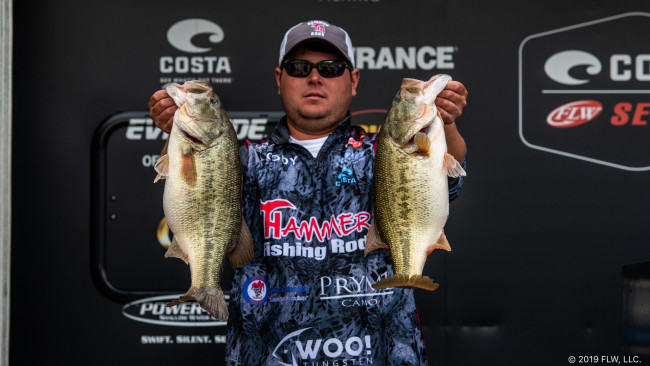 Cody Nichols utilized the current on Chickamauga to target and catch his fish. In practice, he made three casts to one specific bar that served as a current break in the main-lake area. On those three casts, he caught a 7-, a 5- and a 3-pounder.

“I pretty much had one good spot,” he explains. “I didn’t catch all of them off one spot. All of them but one – the biggest one.”

Once Nichols had a solid limit of about 18 pounds, he opted to run around and hit some other sand bars. His best spot was in about 2 feet of water, which he targeted with an XCalibur lipless crankbait in Rayburn red color. 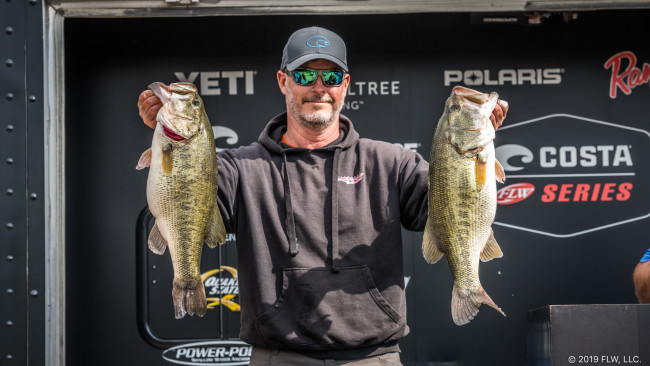 Chick has a lot of grass, but with water levels down this week, that grass is in uncomfortably shallow water that’s hard to fish. Today, the water rose at least a foot, and Steve Stanfill used it to his advantage.

Targeting a grassy area about a mile long, the Dawsonville, Ga., pro threw a variety of lipless crankbaits and square-bills to flush out fish from that shallow grass.

The hydrilla Stanfill was fishing could be even jucier on day two if the water continues to rise. But, as is the case with the rest of the field behind him, big fish are plentiful just about everywhere.

“This is my third time on this lake,” he adds. “I came here Friday with my wife, put in and ran up the river, dropped the trolling motor and in 10 minutes I had a 9-13.”

Stanfill had one close to that on day one, and he’s hoping his grassy stretch has more of those tucked away waiting for him. 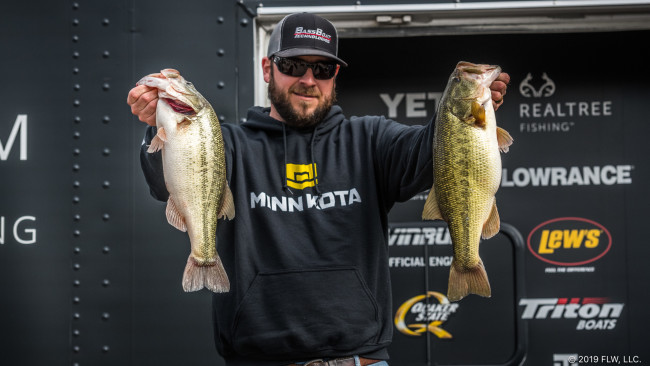 Like Nichols, Derek Hicks caught his fish targeting current breaks behind sand bars. He was looking for hard spots that were sheltered from the current where fish are moving up to spawn.

“A couple of them are one-cast places,” he says, referring to the spots at which he can make one specific cast to the same location and catch multiple fish.

Hicks’ spots might be very weather- and water level-dependent, though. If the water comes up on Friday, the current might slow down, meaning those same areas that produced on day one could go bad fast.

“[If the water comes up] That’s going to change a lot,” he says. “It’s going to fish real funky. They don’t bite real good when the water’s rising here. If we still have current, it’s fine, but they’re not going to bite good if it’s coming up. I’d like to see it fall.”

Hicks is casting and winding for all his fish and says he’s using a variety of baits. 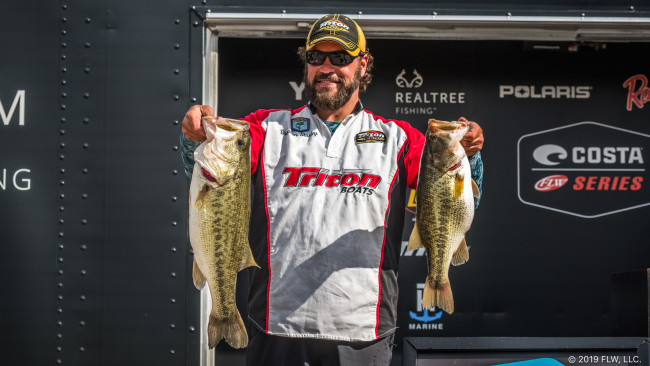 Brandon Stanley fished a couple different patterns today, which could play to his advantage on day two with weather conditions changing by the minute.

One of his patterns was targeting steep rock transitions.

“Ten to 15 feet seems to be what I’m keying on,” says Stanley. “If I get any shallower than five feet, it seems like my bites fall off big time.”

Stanley also targeted eddies in the main river – pretty much anywhere just out of the full current.

“The current itself is too fast,” he adds. “You have to have something to break it up.”

What really did the trick for Stanley on day one was a combination of the right current and the right depth with wood and brush underneath it. That’s what he’ll be looking for again on day two.

“If you can find the right kind of brush piles that have deep enough water and the right amount of current on it, that’s it. Wham-O.”