How the hawgs are coming aboard on the Tennessee River reservoir 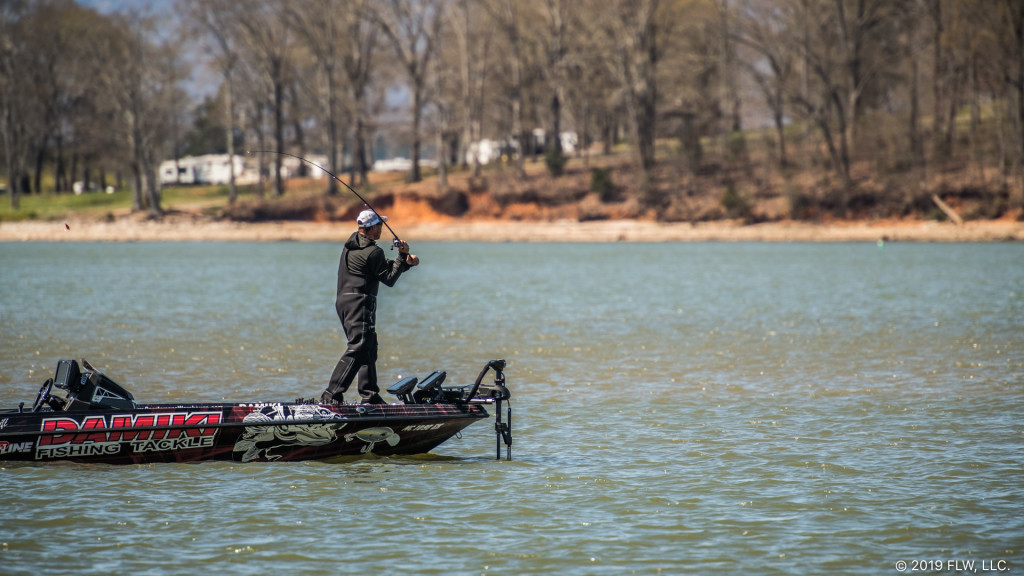 Brent Butler of Vonore, Tenn., weighed in the fifth-biggest bag in the history of Costa FLW Series competition with his 37-pound, 5-ounce mega-bag on day two of the Costa FLW Series event on Lake Chickamauga, presented by T-H Marine. Anchored by a nearly 12-pounder, Butler jumped to the top of the leaderboard and gave himself a solid cushion heading into the final day.

While Butler remains fairly tight-lipped about his pattern, he did say he’s been fishing multiple spots and running a lot of new water, due in large part to the stuff he found in practice disappearing by the time the tournament rolled around. He’s catching his fish on an Alabama rig and a jerkbait.

Here’s a look at how the rest of the top 5 caught them on Friday. 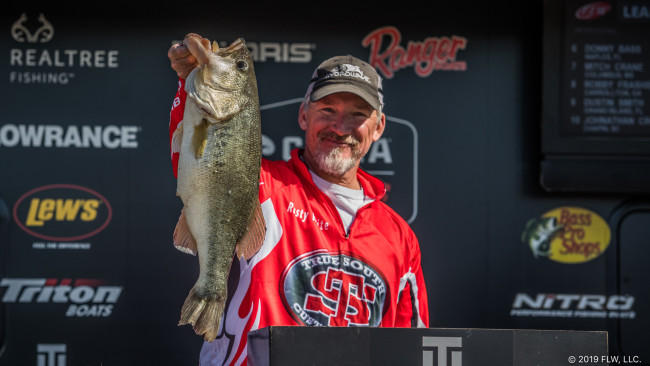 Day-one leader Rusty White caught his fish on Thursday throwing a variety of lipless crankbaits at transition points where fish are moving up to spawn. He did the exact same thing in the same locations on day two, but he struggled to get the same quantity of bites this time around.

Thankfully, White had a giant and a couple other quality fish to help string together a 17-12 three-fish bag.

“I got on my same place I’ve been starting where I caught the big bag yesterday,” he says. “I caught that big one and another good one there and lost a 3-pounder, and I left at 10 o’clock and started running around looking for other stuff.”

White isn’t happy with the way conditions have changed his approach. While he thinks he might have some fish left and can camp out on his best spot all day Saturday, he’s worried about what might happen if those fish stop cycling through.

“It’s going away, bad,” he adds. “The water’s clearing up and it’s coming up and I think it’s scattering those fish. My thought process is to go and camp on that one place. I’ve not spent more than four hours there. If I go camp on it and sit on it all day long, what are the possibilities?”

If that spot is anything like it was on day one, the best possibility is another huge bag. 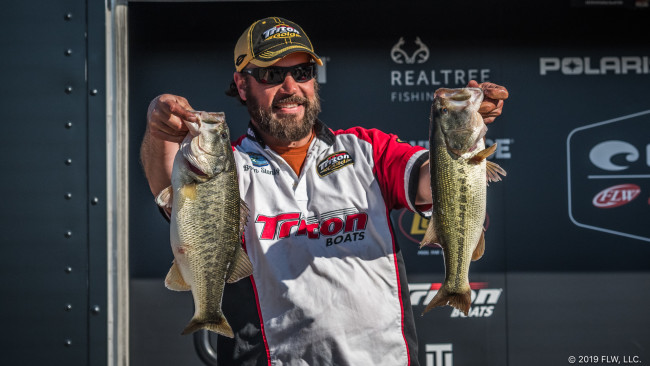 Like White, Brandon Stanley ran his day-one pattern with the same baits on day two. He’s looking for steep rock transitions, especially ones with wood and the right amount of current.

“I’m finding the deeper banks,” he explains. “You need to be sitting in 15 feet and casting shallower. If you get into a pocket, as long as there’s about five foot in there, you can get bit on a [lipless crankbait] on the bottom. I haven’t been able to get them to bite just reeling. You’ve got to let it lie there and then rip it.”

“I was a nervous wreck at about 10:30,” he adds. “I had one fish. It was tougher today because it was cloudy yesterday and today was no clouds at all. I knew it was going to be a tougher bite.

“I’ve run some new water that looked the same and caught a couple fish I wasn’t expecting. That helped a lot.”

That new water might come into play again on Saturday if weather and water-level conditions continue to change. 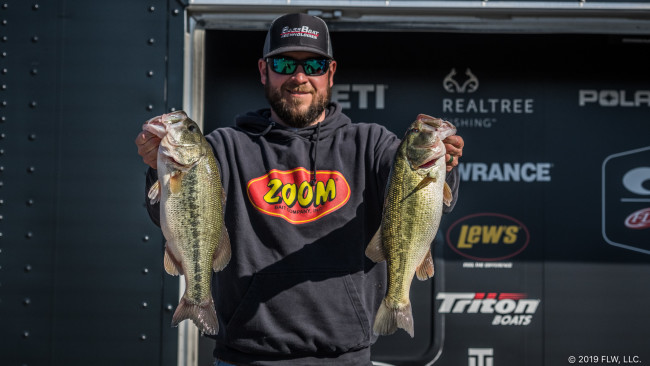 The overarching pattern of day two was fishing the same patterns as day one. Almost everyone on the top 5 relied on their juice from the day before, including Derek Hicks.

Hicks caught his fish off current breaks behind sand bars in fast-moving water on day one. He employed the same approach on Friday, though the results were a little more mixed thanks to weaker current than the day before.

“I had to go to a backup area to catch what I had. I lost one big one in a tree on a square-bill that cost me a pretty good bit.”

Hicks says there’s a decent window first thing in the morning to run his primary pattern, and he’s going to hope it pans out once again. 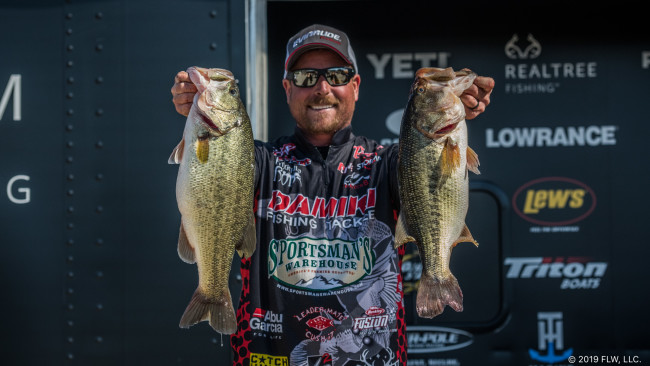 Bryan Thrift made a huge jump into the top 5 with a 23-pound, 13-ounce bag on day two. After catching 16-4 on day one, there was one very important thing that changed for the FLW Tour pro this time around.

“I caught bigger ones,” he joked. “I thought the sun helped them bite a little bit better.”

Bluebird skies and sun caused some issues for anglers who caught them well on day one. For Thrift, it was the opposite. While he still just ran around “fishing all over,” without a well-defined pattern, he clearly ran some areas to which the changing conditions were pushing fish.

Thrift hasn’t been looking for anything specific. He’s just covering water and leaning on one bait: a Damiki Tremor 65 in red craw.