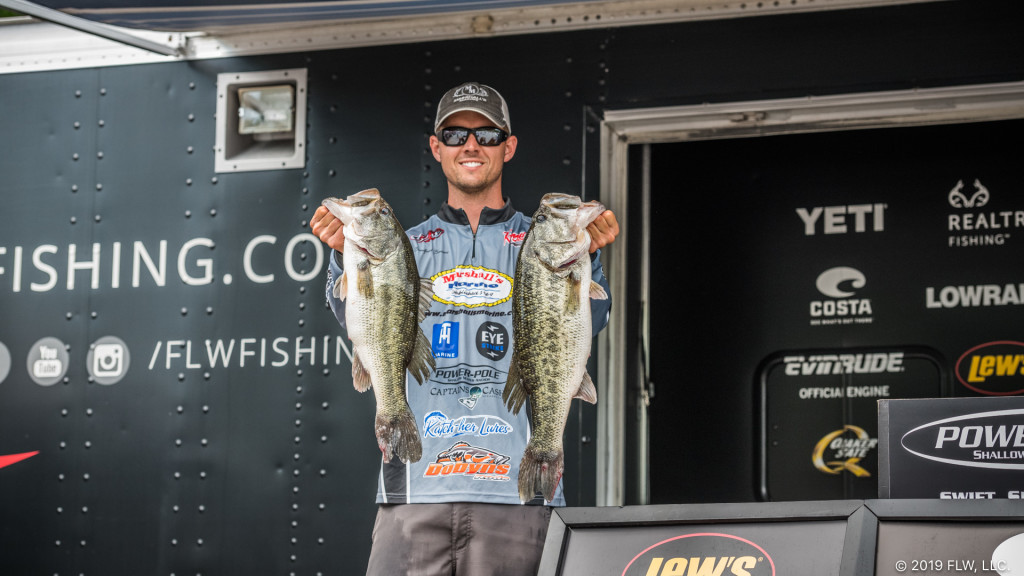 Everyone figured someone was going to bring in a 30-pound bag. Bradford Beavers proved them right.

Despite Santee Cooper being a little stingier than it was a year ago, the FLW Tour rookie and local once again showed off the lake’s potential when he dropped 31 pounds, 2 ounces to take the day-one lead in the Costa FLW Series Southeastern Division event, presented by Power-Pole. While no lead is safe on a fishery like Santee, Beavers will at least have a solid 5-pound cushion over second-place pro Todd Olds heading into Friday.

“The potential is always there [for a 30-pound bag on Santee Cooper],” Beavers says. “There’s 30-pound stringers swimming everywhere.”

Beavers would know. If you can believe it, this is actually the third time he’s cracked the 30-pound barrier in a tournament on his home lake. In fact, his 31-2 bag wasn’t even his biggest in a Southeastern Division event, as he cracked 32 pounds on the second day of his very first Costa event back in 2014.

Of course, that 2014 tournament also showcased what he and many other locals know about Santee Cooper, in that this lake can humble an angler quick. Case in point: Beavers actually zeroed on day three of that 2014 event.

Beavers certainly doesn’t seem destined to do that in this event, though.

Relying on more than 20 years of history, the South Carolina pro managed to methodically put together his giant stringer.

While most anglers committed themselves to Marion or Moultrie, Beavers says he fished both because he “always fishes both, just to check if one is better than the other on any day.” Today, they both fired for him.

Understandably, the already-secretive Beavers was extra tight-lipped on what he’s doing, pattern-wise. But, he did say while he’s doing a similar pattern in both lakes, he’s doing it in different locations, as he feels the fish on the two lakes are in different stages.

Of course, Beavers admits as strong as his pattern and game plan is, it may not matter come tomorrow.

The forecast is calling for thunderstorms and significant winds; significant enough to put day two in jeopardy of being canceled, as Santee Cooper has a history of getting dangerous in a hurry with any sort of wind.

If the anglers do go out, Beavers figures he’ll have to see just how strong the wind and waves are and determine a game plan on the fly.

“I’m going to have to adapt,” Beavers says. “We all will. Fortunately, it’s not so much the area for me as the technique. So as long as I can find some protected stuff I should be fine. I just have to be able to get to it.” 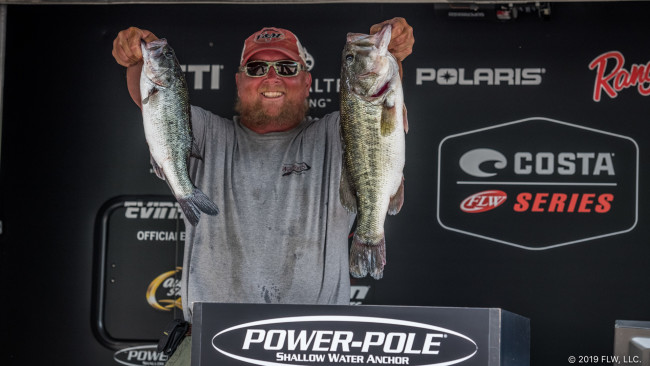