Will the South Carolina lakes show out like last year? 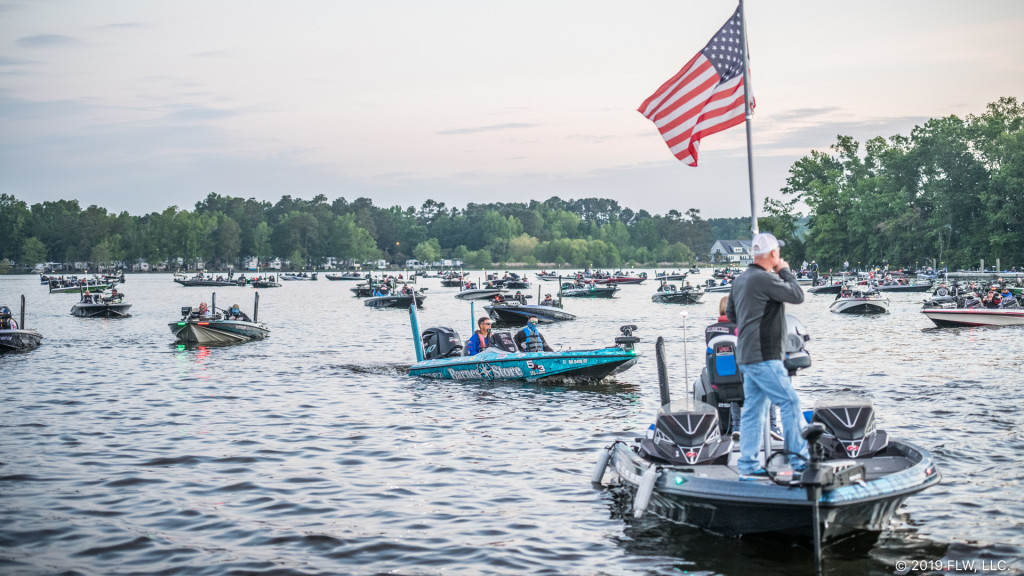 It’s an exciting question: Can Santee Cooper repeat what it did last year?

The final leg of the Costa FLW Series Southeastern Division is underway on the historic South Carolina fishery, little more than a year to the date of last year’s slugfest when it nearly took 25 pounds a day to win. So as anglers launch this morning for the 2019 event, presented by Power-Pole, all are wondering if Santee can show off once again why it’s one of the top fisheries in the country.

Marion and Moultrie, which make up the Santee Cooper fishery, are vastly different lakes in terms of shape and layout, but they fish similarly. Marion (to the northwest of Moultrie) looks like a fairly typical river impoundment – long, somewhat narrow and dammed up at the eastern end of the lake. It’s connected to the more circular, bowl-shaped Moultrie by a diversion canal about two miles in length.

Both lakes offer an abundance of shallow-water cover and structure, including cypress trees, backwater ponds, stumps, bridges, docks and riprap. While Marion is the largest lake in South Carolina, it isn’t that deep, averaging about 13 feet, and Moultrie only averages out slightly deeper at 18 feet. Simply put, Santee Cooper is a shallow springtime-fishing paradise.

Everything seems primed for yet another slugfest.

While the area has been pounded with rain throughout the winter, the water levels have finally stabilized on both bodies of water. Moultrie is definitely lower than it was a year ago, but nothing too bad, according to pro Bryan New. Plus, it’s “gin clear” and seems perfect if there’s a final push of spawners.

“I mean, you can clearly see everything on the bottom in 4 or 5 feet of water in some places,” says New of the lower lake.

Meanwhile, Marion is a couple inches high, and thus, they’re pulling a lot of water through it. All that current seems to be creating some decent visibility in Marion, too, outside of the northern swamp area, which New says is quite dirty. Some of the backwaters are also dirtier than one might expect, but that has little to do with rain and more from carp spawning and muddying up various areas.

As for water temps, New has been reading 68 degrees in the morning, rising to the low 70s. With temps that high, New says he’s seeing the last wave of spawners setting up in the typical places. However, he’s also seeing a lot more fry and fry guarders than he did a year ago, since the tournament is being held at the end of the month as opposed to the beginning.

One concern he certainly had was the storms they’re calling for Friday.

“If it storms like what they’re saying, that’ll ruin the spawn and tree bites, which are both kind of the same deal,” New says. “If it’s just cloudy, that will help the shad spawn bite, but again, if it storms it will probably hurt that, too.

“All depends if it happens. One minute they’re calling for a 90-percent chance. The next, it’s 30 percent. So we’ll see.”

Ronnie McCoy won it last year with a mix of shad spawn tactics and sight-fishing, but with the tournament being held a few weeks later, guys won’t solely be able to hang their hats on what they did last year and expect it to work again.

“I’ve been saving some of my best stuff, but I’ve been hitting similar stuff as last year, and it’s not quite been the same,” New says. “That said, with the way this lake is, a guy should still be able to fish however suits him and he’ll catch fish.”

While excitement was sky high heading into the event after last year and how well Santee Cooper has fished the last few years, the talk throughout practice has been all about how much tougher it’s been. Of course, you have to take into account “tough” is relative compared to how well things went last year.

“Every tournament, guys say how tough it is in practice,” New says. “This tournament, though, a bunch of guys who never complain about that stuff have been calling me complaining. So I’m thinking it may actually be as tough as it has been for me.”

The shad spawn seems to be vexing a lot of guys, as New says he has yet to talk to anyone who has been able to consistently make the shad-spawn bite go. Meanwhile, the tree bite is producing a lot of numbers, but it seems to be lacking the quality from last year, making him worry the big girls have already come and are long gone into postspawn mode.

All that said, most everyone is expecting at least one bag close to 30 pounds to be brought in the first day, and the need for 20 pounds a day to even have a shot at the win.