All the summer favorites were working on Big Sam 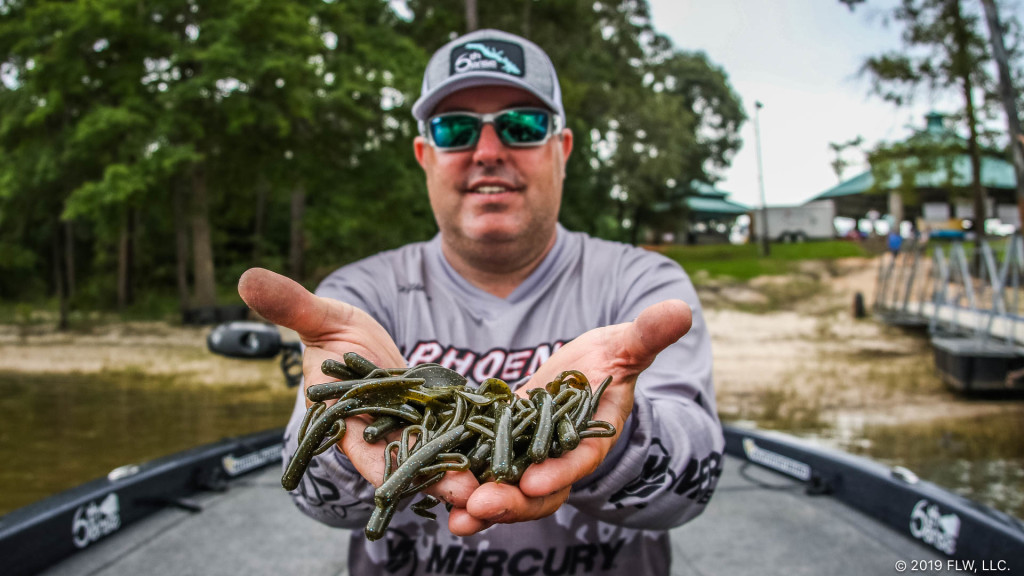 Sam Rayburn is absolutely brimming with bass, as evidenced by the droves of 2- to 3-pounders caught by the Costa FLW Series Southwestern Division field during last week’s Sam Rayburn event, which was presented by Mercury.

Pros caught fish everywhere from in the middle of flooded jungles of brush to deep main-lake drops. The top finishers pretty much all power fished with soft plastics, crankbaits and frogs.

As you might have guessed, it was a good time for everyone.

Here’s what they used, and what you should have the next time you fish in Texas in early summer. 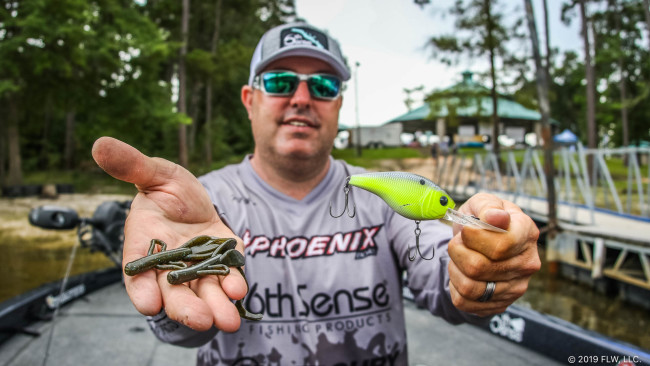 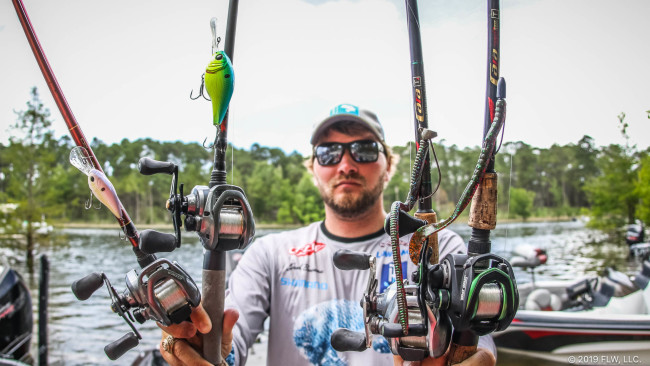 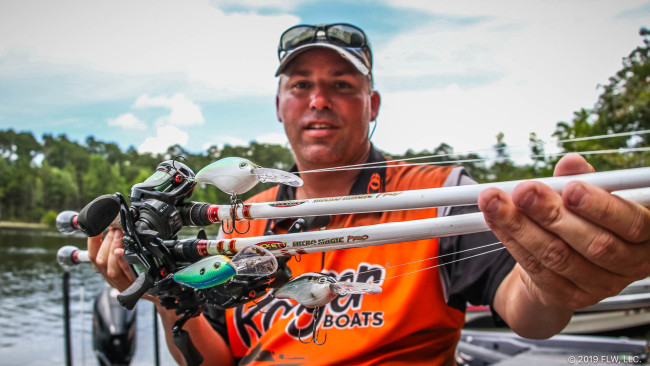 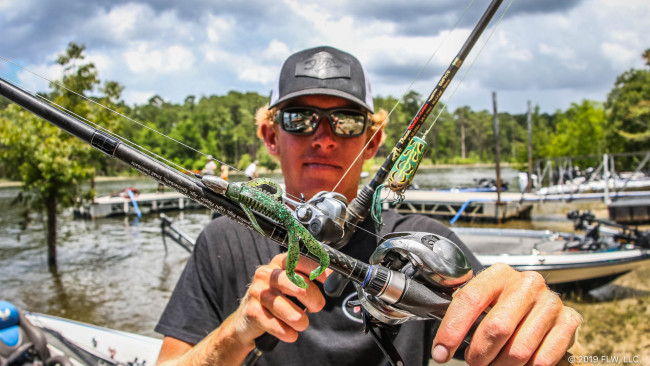 4. Cole Moore caught his fish by flipping bushes with a V&M J-Bug in the moneymaker color with a 3/4-ounce weight to get it down deep quickly. In the morning, he threw a SPRO Bronzeye Popping Frog to try to get a big bite. 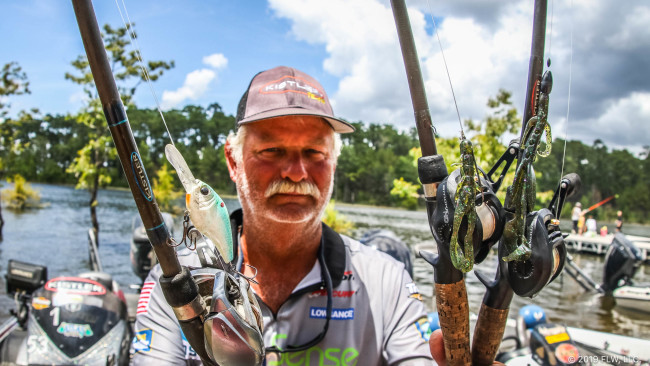 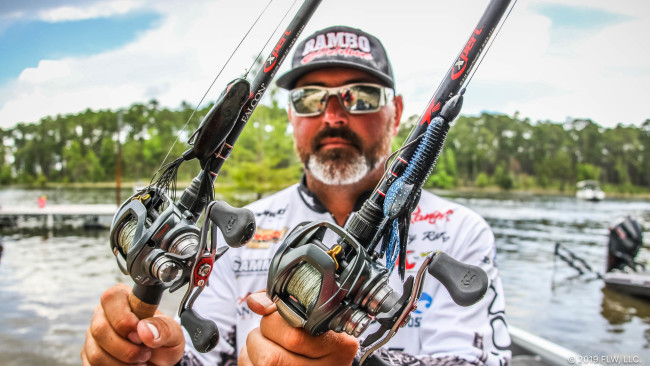 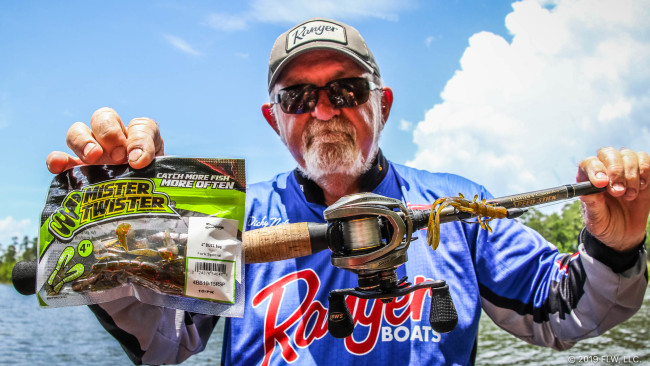 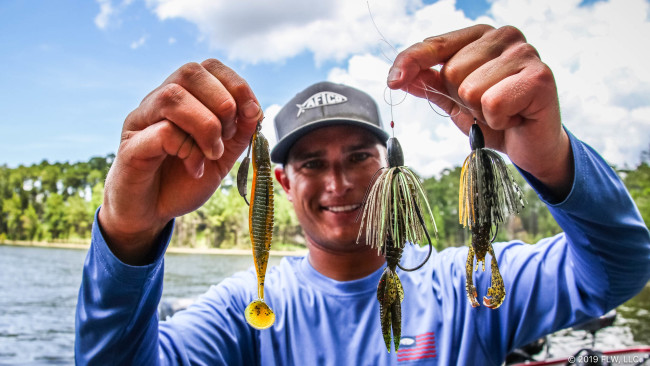 8. Though these weren’t his primary patterns, Matt Pangrac caught a few worm fish on the final day and weighed in four keepers from some hay grass using a Reaction Innovations Skinny Dipper in the sungill color with a 6/0 weighted Gamakatsu swimbait hook and 60-pound-test Sunline FX2 Frogging & Flipping braided line. His main tactic was to flip a variety of cover types using a Reaction Innovations Sweet Beaver with the tips dyed chartreuse and a chartreuse green pumpkin punch skirt and a Strike King Rage Craw in watermelon meat color with the claws dyed orange and an orange punch skirt. He flipped with 25-pound-test Sunline Shooter fluorocarbon, a 3/4-ounce tungsten weight and a Duckett White Ice 2 Kelly Jordan extra-heavy rod. 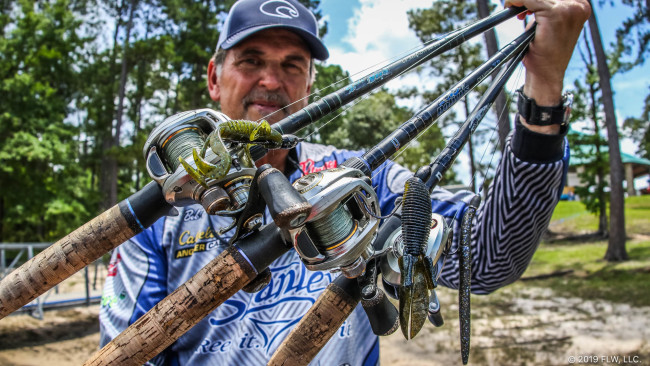 9. Bob Vote flipped a V&M J-Bug and Missile Baits D Bomb, and he occasionally mixed in a Texas-rigged Yamamoto Senko. All were green pumpkin. 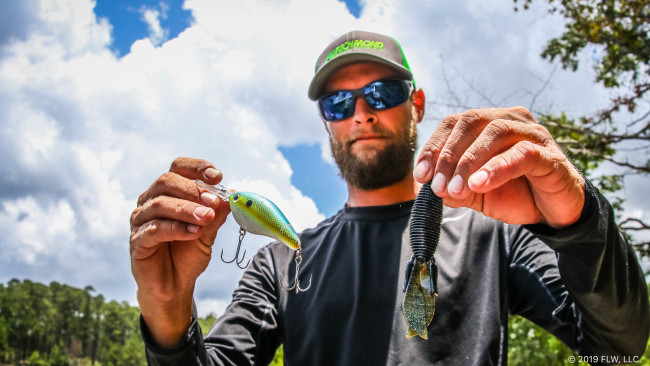 10. Eric Wright fished offshore with a Carolina rig and a Strike King 6XD in sexy shad. He flipped a Berkley Havoc Pit Boss in Okeechobee craw and a Missile Baits D Bomb in super bug.