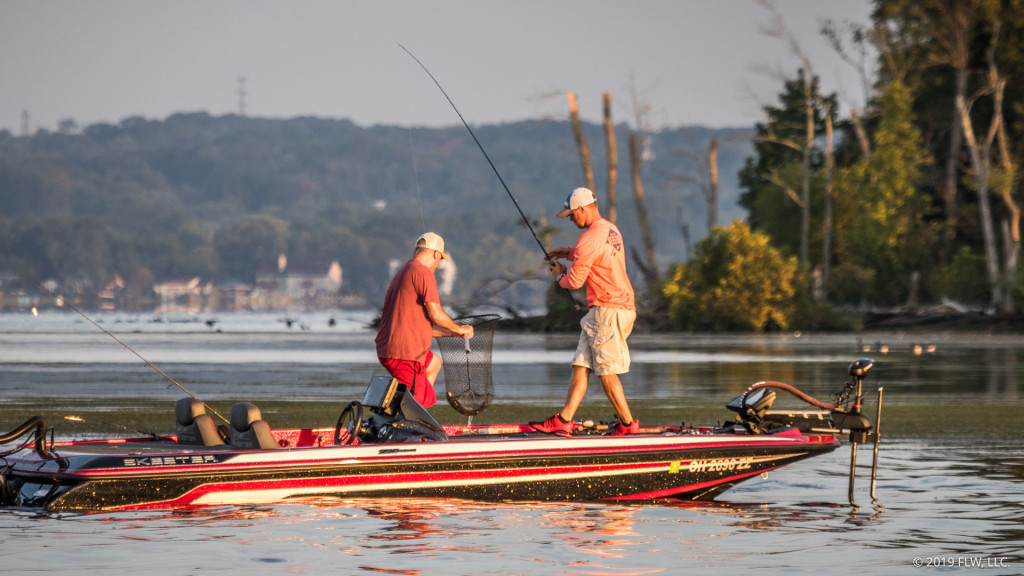 As predicted, day one of the Costa FLW Series Northern Division presented by Gajo Baits event on the Potomac River has been fairly tough. Though most folks have a fish or two, and many will undoubtedly fill limits by weigh-in, it certainly hasn’t been a catch-fest.

The best weight so far goes to Dylan Hays, who had a limit for about 9 pounds just an hour after takeoff. If he improves on that, he could be very well situated. Other than Hays, the closest angler to a limit is Casey Smith, who had four keepers for about 9 pounds late in the morning.

It seems like there was a pretty good bite first thing this morning, but between anglers splitting up fish and a very short window of good action, not many were able to take full advantage of it. As for techniques, all the usual Potomac staples are in play, and the majority of anglers are definitely targeting grass.

Other anglers with fish include Edward Levin, who caught a 2-pounder right off the bat. Bryan Thrift had two small ones early on. Joseph Thompson landed one early as well, and Cody Hahner, Omari Navies and Wil Dieffenbach each had one early, as well.

Shane Hatch, Jimmy Vitaro and Alex Davis have three apiece, and Vitaro says one of his is a pretty good one. Cooper Gallant had two around 9 a.m., and Charlie Hartley had a pair later in the morning.

Two surprises with zero fish are Adrian Avena and Joe Wood, though knowing their prowess on the Potomac, they figure to ultimately bring fish to the scale this afternoon.

Weigh-in starts at 2:30 p.m. ET, and it ought to be a tight affair. We never did catch up with Bryan Schmitt, and there are a handful of other Potomac sticks that remain a mystery. For the weigh-in, you can come out to Smallwood State Park, or tune in from the comfort of your home on FLW Live.