To Run or Not to Run 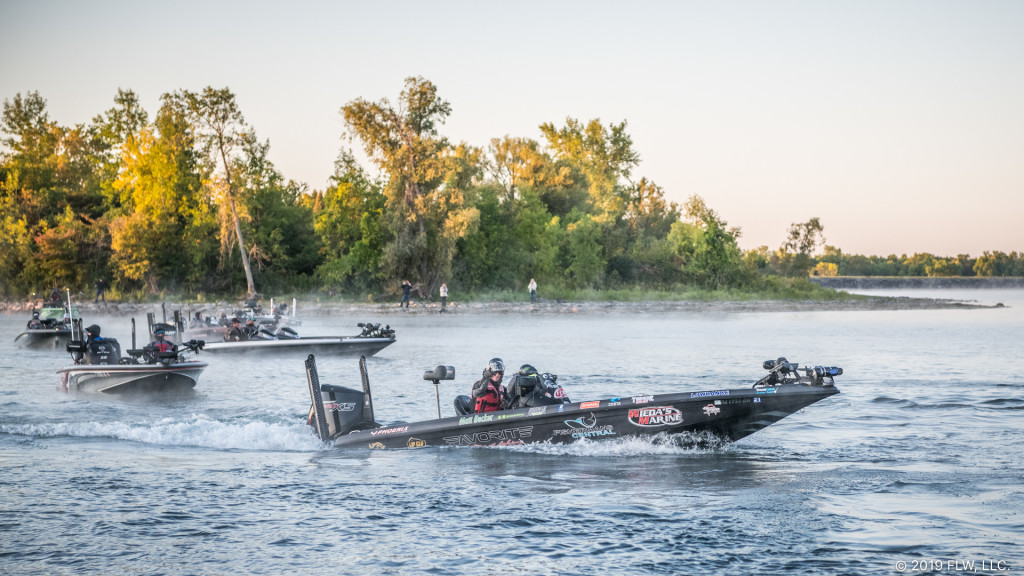 Technically, the tournaments are always “located” on the St. Lawrence River, but whenever Costa Series events take place on the northern fishery, that also means Lake Ontario is very much in play. This year, that may or may not be the case.

The final leg of the Costa FLW Series Northern Division on the St. Lawrence River, presented by Gajo Baits, is primed to be a smallmouth smashfest, as usual. That said, this year’s event, which is presented by Realtree Fishing, will launch out of Massena, N.Y., instead of the usual Clayton. So, what was once a 15-or-so-mile run to the mouth of the lake from takeoff – and roughly 30-plus miles to Gallo Island or Main Duck – will now be about a 95-mile run just to get to the lake.

Anglers have made runs that far in the past and won. So, as they launch this morning, the biggest wildcard is who will stay and who is making the run. 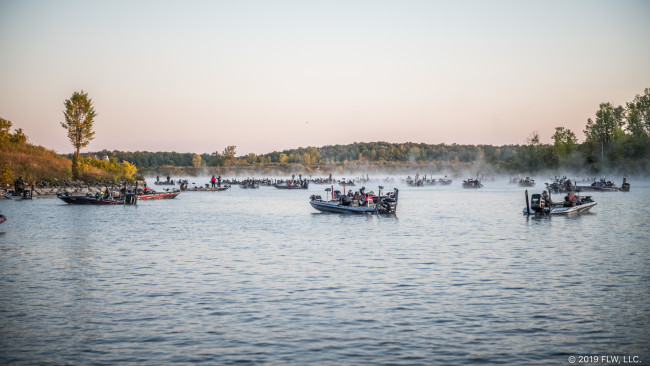 This marks the fourth-straight year the Northern Division has visited the St. Lawrence River. There are few secrets – even in Lake Ontario – other than that most haven’t fished the stretch of river closest to takeoff.

Both Lake Ontario and the St. Lawrence offer some of the best smallmouth fishing in the country. While 5-pound-class smallies can be caught throughout the river and lake, Lake Ontario is where most turn their attention for 25-plus-pound limit. Of course, weather can throw a wrench in the plans of those who bank on the lake, and we’ve seen that the past couple of years that the lake sometimes gets put off-limits for a day due to high winds.

Still, the river is no slouch, as it holds endless amounts of places for big smallmouths to call home – and even some big largemouths. On the smallmouth side of things, sharp breaks, rock piles and both deep and shallow flats offer smallmouth opportunities. And for those who want to hunt largemouths, there are numerous grassy bays and docks for them to call home. For an angler in search of bass, just pick your strength and have at it. 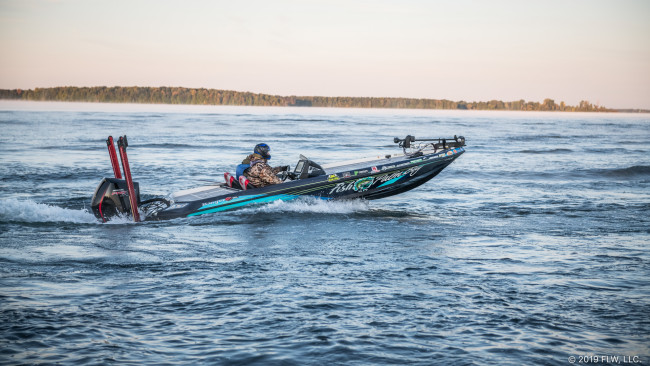 Everything is lining up perfectly for anything an angler wants to do.

The cold spring and moderate summer never allowed the lake to get as warm as in years past, so the smallmouth never made it out to 35 or 50 feet like they do on Lake Ontario. They simply had no reason to go out deep searching for cooler water. As the leaves in the area start to show their first signs of color, it seems the river is fishing as strong as it ever has.

“It’s incredible,” says Scott Dobson, who leads the Angler of the Year points standings going into the final event. “There are fish to be caught from one end of the river to the other; from 2 feet to 45 feet; and any way you want to fish.”

While recent FLW and Bassmaster events on the river have been won mainly out deep, Dobson says the fish are definitely transitioning, sometimes on a daily basis. Based on what he’s been seeing, anglers can commit themselves out deep and go for five big bites, or set up milk runs up shallow to upgrade throughout the day.

“The biggest thing will be for guys to constantly adapt,” Dobson says. “One day, they might be in 35 feet on a break. The next they may have moved to a hump in 20 feet. They’re on very specific things, but those things are changing every day.”

There’s also the question of where they’ll employ their strategies. The forecast is calling for sun and calm conditions. In other words, perfect conditions for anyone wanting to make the extremely long run to the lake or even the mouth of the river. If those conditions hold, Dobson said anglers can expect two things.

“Guys will make the run to the lake,” Dobson says. “It might only mean 3 hours of fishing, but it may be worth it. If these conditions hold, it may get stupid. I’m talking an incredible weigh-in.”

It’s a smallmouth event, so there are few surprises when it comes to tactics. Tubes, jerkbaits, swimbaits, spy baits – all will be rigged up, along with a local favorites like small hair jigs.

That said, the technique sure to get the most attention is the drop-shot. In fact, nearly every angler who made the top 10 in this event over the last two years has relied heavily on a drop-shot, and that shouldn’t change this year, especially considering how efficient it can be in the swift current of the St. Lawrence.

“Really, a guy can simply fish his strengths and catch fish,” Dobson says. “I’m a shallow guy. I like rip baits and swimbaits. So that’s what I’ll probably be doing, but all the typical stuff is going to be in play.” 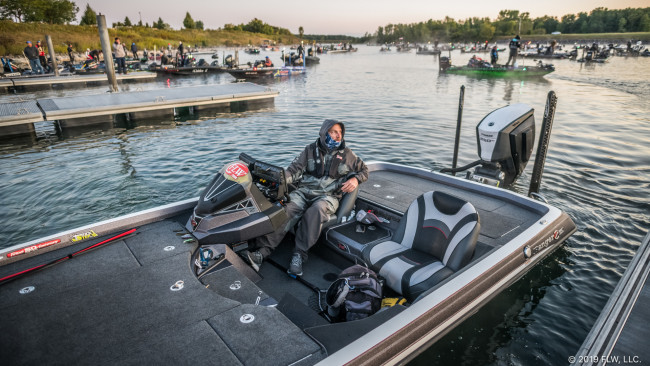 “The fish are just so fat,” Dobson admits. “They’re gorging up, and they’ll be a 4-pound length but be so dense they’ll weigh 5 pounds.”

Along with that, the river is apparently pumping out some true giants. Dobson heard of someone weighing an 8-1 smallmouth earlier this week, and a fellow competitor told Dobson he caught a 7-6 from the river in practice.

Fish like that will certainly help an angler separate from the group on what is sure to be a tight leaderboard.

A good marker of what to expect from the river is the most recent T-H Marine Bass Fishing League (BFL) Super Tournament for the Northeast Division, in which Zackery Seal took the title with 44-4 over two days this past weekend. That was with strong winds on Saturday, which limited the fishing slightly.

If the conditions are good?

“Definitely over 40 pounds to make the cut,” Dobson said. “Maybe 42-43 pounds. You’re probably going to see multiple bags over 25 pounds, too. Hopefully I’m one of them.”