Top 10 Baits from the Cal Delta

Punching and vibrating jigs do most of the damage 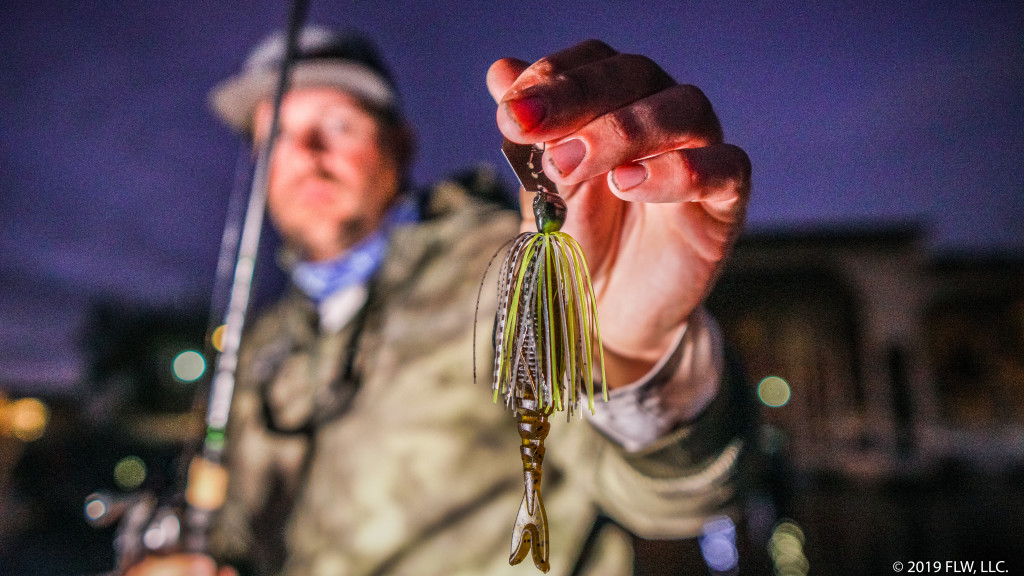 The Costa FLW Series Western Division event presented by Power-Pole on the California Delta had a lot of punching as usual, but it was far from the only thing going. Due to the lush grass and windy and touch conditions, vibrating jigs and finesse played a big role as well. Blake Dyer earned the win with a 62-13 total and a handful of baits. Behind him, some pros opted to be “one rod Todd” and others kept their options wide open. 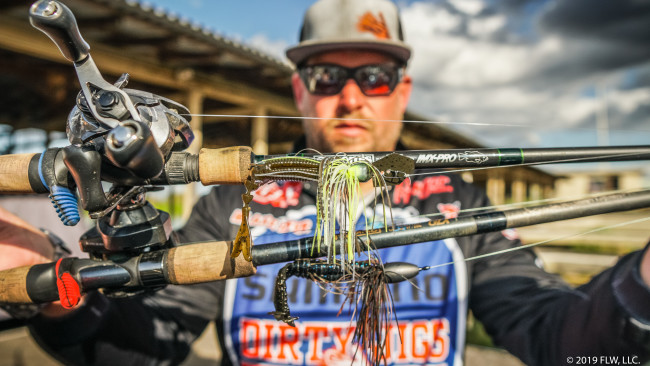 1. Claiming the wire-to-wire victory, Dyer caught  the bulk of his fish on a 1/2-ounce green pumpkin Z-Man ChatterBait Jack Hammer with a Yamamoto Zako. He also caught keepers by punching hyacinth and hydrilla mats with a 1 1/2-ounce Woo! Tungsten weight, Dirty Jigs Punchin' Skirt in the big Texan color and a Reaction Innovations Spicy Beaver in the tramp stamp color. 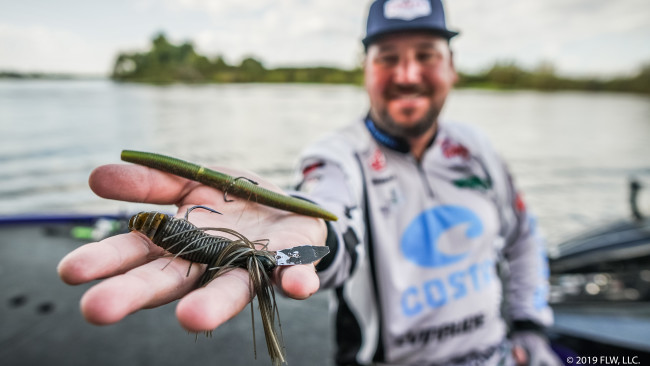 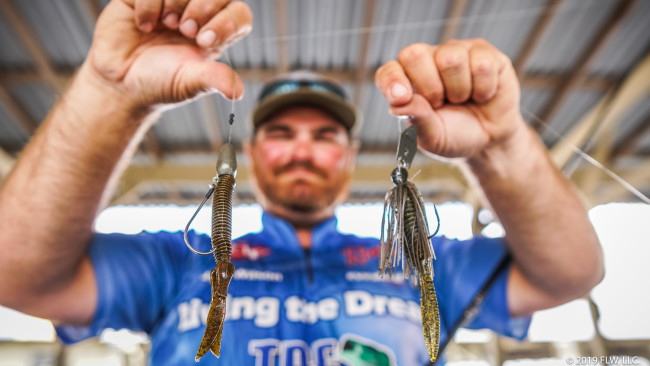 3. Punching was the main deal for third place pro Austin Wilson, who alternated between a Missile Baits D Bomb and a Berkley PowerBait Bunker Hawg. He also caught fish on a 1/2-ounce Z-Man ChatterBait Jack Hammer. 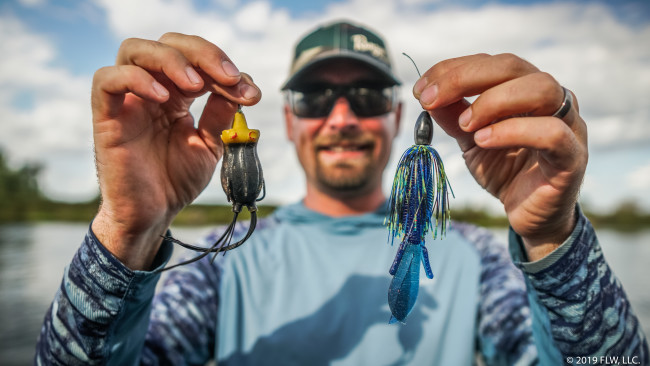 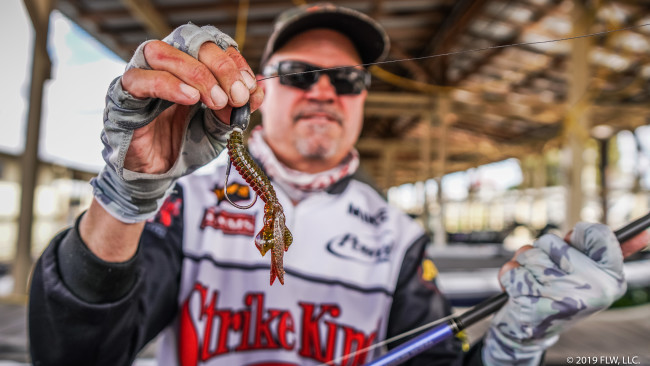 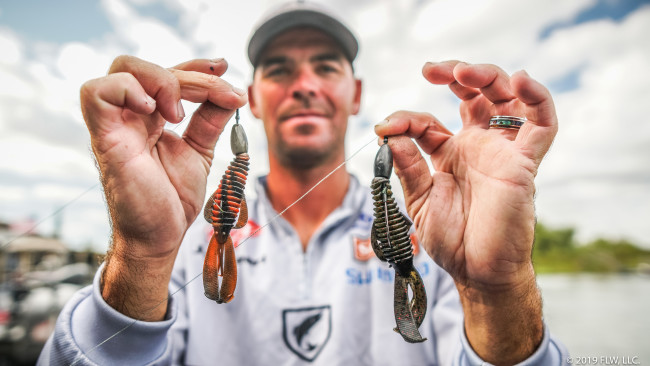 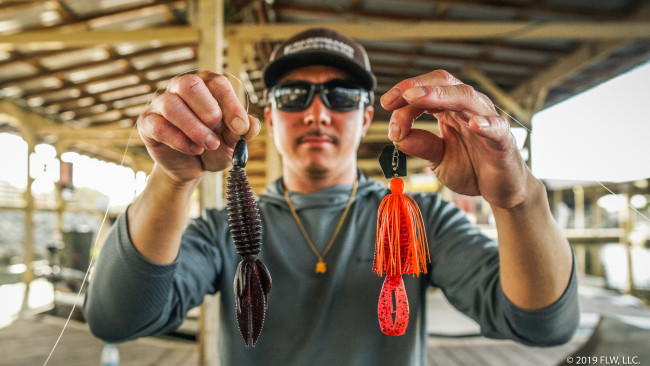 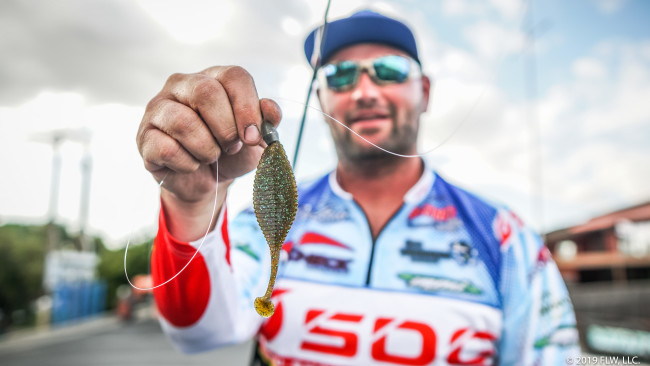 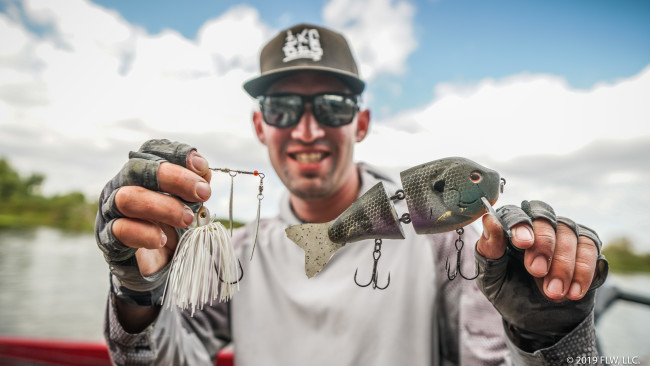 9. Phillip Dutra says he used 16 different rods on the final day, but a 1/2-ounce white spinnerbait and a Toxic Baits Wade Hogg ended up accounting for most of his better fish. 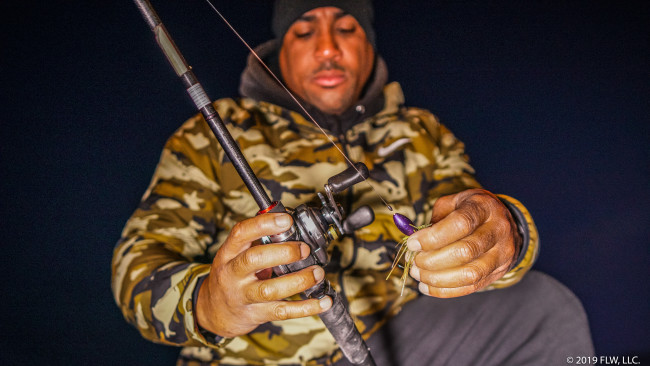 10. Jamond Andrews kept a big stick in his hand all week and earned a 10th place finish by punching a Reaction Innovations Smallie Beaver in green pumpkin or bluegill colors.