Jigs, worms and crankbaits all got the call during the fall transition 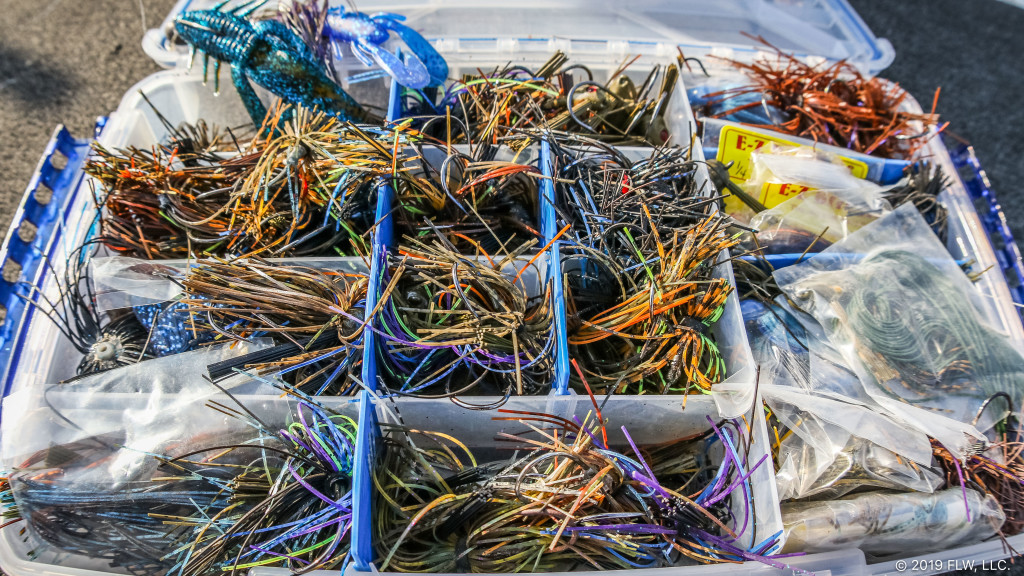 A cold front moving in at the start of Grand Lake’s fall transition put a damper on seeing a bunch of big weights during the Costa FLW Series Southwestern Division finale, which was presented by T-H Marine, but plenty of pros managed to find the right fish to make things exciting on the final day.

Each of the top 10 anglers found something – or multiple somethings – that helped solve the puzzle that was Grand Lake over the weekend. Here’s a look at the baits they employed to get the job done. 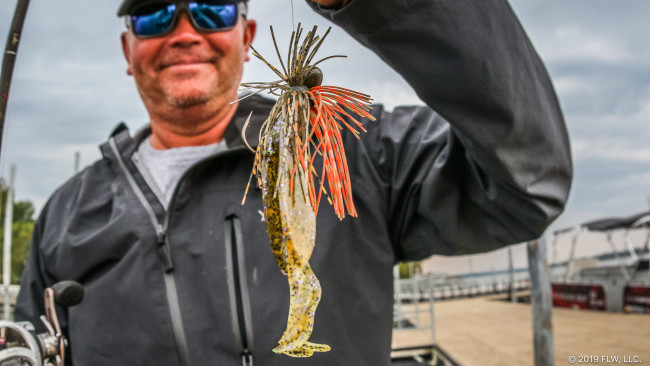 1. Curt Warren earned the W by slowly dragging a 3/4-ounce Bass-X football jig in the kicker craw color with a watermelon candy Zoom Brush Hog. A 1/2-ounce white spinnerbait with double willow-leaf blades served him well when bass pushed bait to the surface. 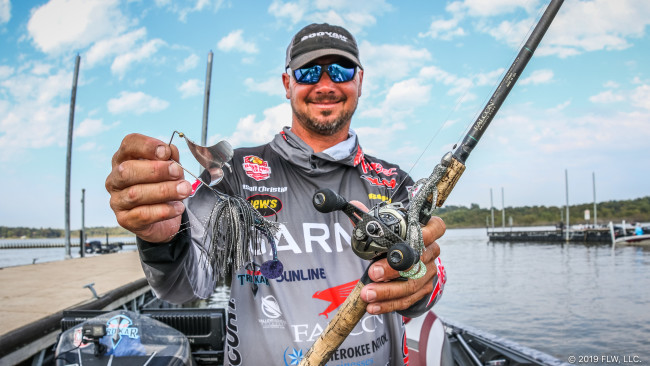 2. Day one leader Jason Christie caught the majority of his fish on a 1/2-ounce black BOOYAH buzzbait and a YUM Christie Critter in tinfoil. 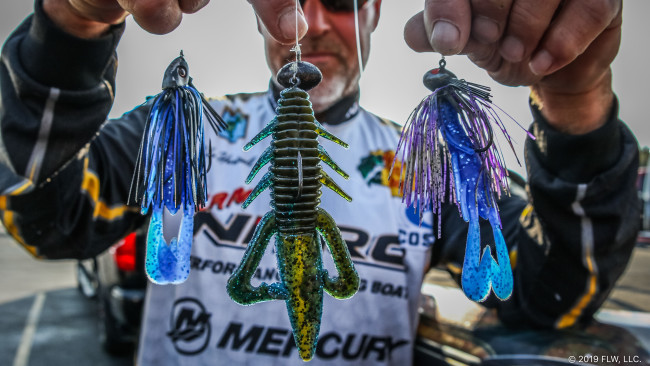 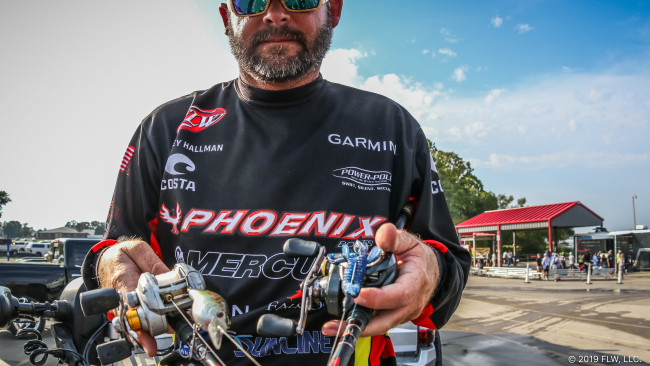 4. Bradley Hallman notched a fourth-place finish by flipping a Reaction Innovations Sweet Beaver with a 3/8-ounce weight and cranking a Luck-E-Strike RC square-bill. 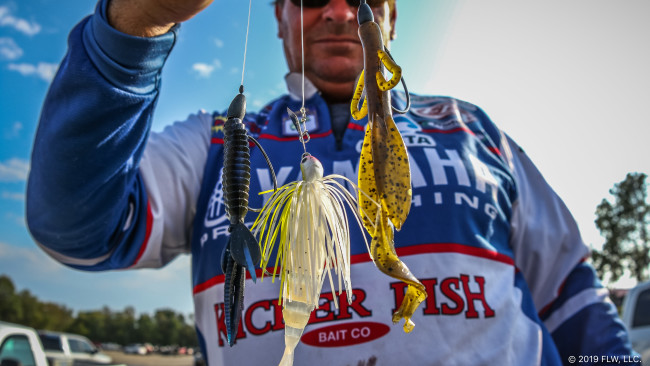 5. Day-two leader Cody Bird had a tough final round, but caught two keepers flipping a Reaction Innovations Sweet Beaver and one on a 1/2-ounce Z-Man/Evergreen ChatterBait Jack Hammer with a Lake Fork Live Magic Shad trailer. 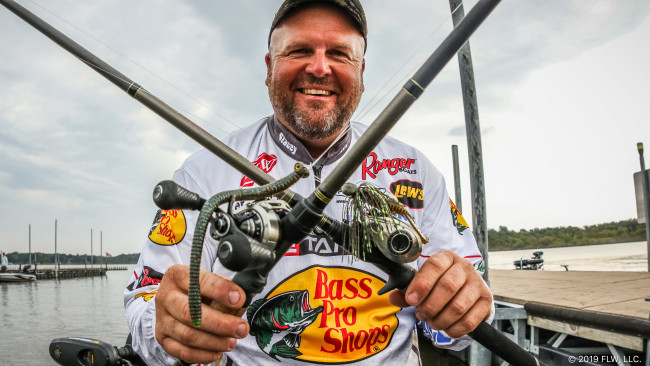 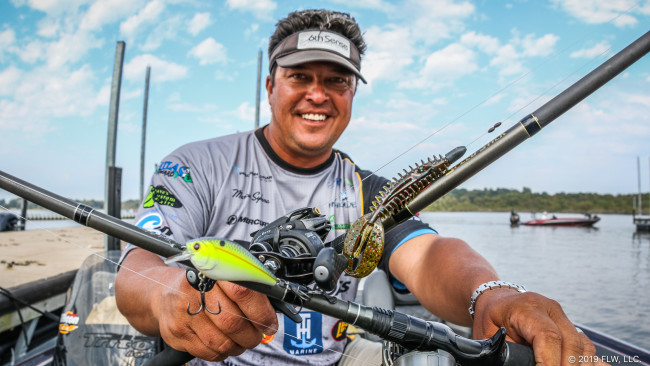 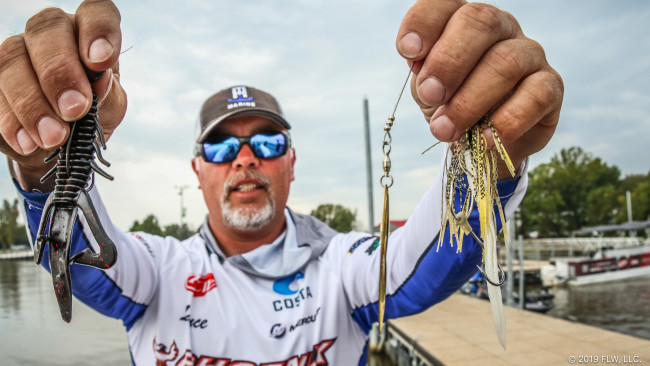 8. Lance Crawford caught his fish on a 11/16-ounce Gene Larew Biffle Hardhead with a Biffle Bug trailer and a 1/2-ounce BOOYAH spinnerbait with double willow-leaf blades. 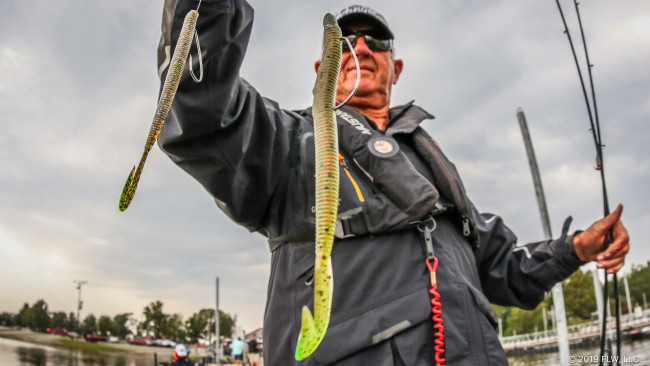 9. Allen Head started his days by pitching a wacky-rigged worm around docks, before moving deeper and fishing a Zoom Ultra Vibe Speed Worm. 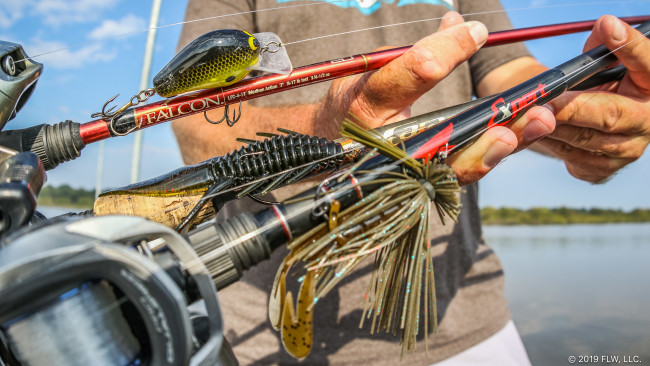